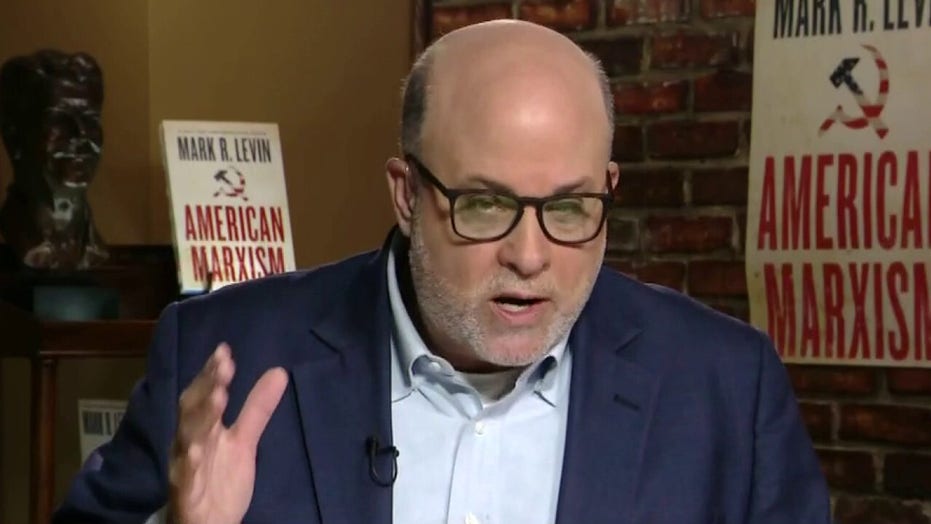 Levin: ‘Bernie Sanders, Biden, The Squad don’t condemn’ Cuban communist regime ‘because they like it’

Author Mark Levin on thousands of Cubans rallying against the communist government.

As Bernie Sanders was building his political career as a Vermont mayor, he visited the Soviet Union in 1988 for a 10-day "honeymoon" and returned to America extolling how impressive the communist state was. Just three years later, Mikhail Gorbachev resigned as president and the red Soviet flag was pulled from the Kremlin.

Decades following Sanders’ self-described "very strange honeymoon," his trip has seemingly continued shaping his domestic and foreign policies and moved the dial of the Democratic Party to the left.

"The fact that we were willing to be critical of the United States … I think that made them maybe more appreciative of our criticisms we made of their own society," Sanders said in ‘88 when he returned home.

"We were saying, ‘Yeah, in our country, we also have a housing crisis. Our housing in general is better than yours, but people are paying 40 percent of their income for housing. The quality of your housing is not good, but we appreciate the fact that people are paying 5 percent. The quality of your health care is not good, but in the United States, believe me, we have enormous problems in terms of our health-care system.’"

He praised the USSR for its public transportation system and its "absolutely beautiful" train stations with chandeliers, culture programs, youth programs and took shots at U.S. foreign policies under then-President Ronald Reagan.

"Let’s take the strengths of both systems," he added following the trip. "Let’s learn from each other."

This year, negotiations over President Biden's signature legislation, called Build Back Better - which Sanders helped design - is looming over Congress, and features policies similar to those Sanders applauded when they were implemented in other nations, such as an expansion of government health care and taxpayer-funded child care programs.

Recent interviews with those who attended the USSR trip with Sanders say, however, that the group was warned by locals that the USSR was about to collapse.

"I think [Sanders] saw and we all saw the downside of the Soviet system," Howard Seaver, a Vermont businessman who was on the trip, told the Washington Post in 2019. "Yes, they may have had low-cost apartments, but things were very out of whack — there were food shortages, no political freedom."

BEN SHAPIRO: BERNIE SANDERS IS NOT A SOCIAL DEMOCRAT, HE'S A LIFELONG COMMUNIST. DEMS HAVE NO GATEKEEPERS

"I suspect that what Bernie saw in Russia probably affected his views that you see today, where he is not anti-free-enterprise or capitalism but he wants to have a safety net and give a fair shake to all, but certainly not to have a command economy we saw in the Soviet Union," Seaver said.

The warnings from locals proved true and the USSR collapsed in 1991, when Gorbachev resigned on Christmas Day.

FILE - In this Jan. 14, 1991 file photo, Soviet President Mikhail Gorbachev says in Moscow that a local military commander ordered the use of force in the breakaway republic of Lithuania, where an assault by Soviet troops on Jan. 13, 1991 claimed 14 lives. On Monday, Oct. 17, 2016, a Lithuanian court has called on Gorbachev to testify in a mass trial related to the 1991 crackdown on the country’s independence movement. (AP Photo/Boris Yurchenko, File) (The Associated Press)

Experts have disputed Sanders’ rosy depiction of the USSR, saying it's a far cry from what residents actually lived through on a daily basis.

"When I lived in the Soviet Union, everything was falling apart," Anna Borshchevskaya, a senior fellow at The Washington Institute for Near East Policy, told the Washington Examiner in 2019.  "People don't realize how many people Stalin killed by building the Moscow subway station. Sure, the trains worked, but that other factor is dismissed. I have no doubt Bernie was sincere in what he said, but there was a whole disregard for life and safety in every aspect of Soviet life, including infrastructure."

But the USSR trip was so ostensibly moving for Sanders, he planned another trip abroad - this time to communist Cuba the following year.

He returned from the trip also extolling the communist state as one that was "not a perfect society," but having "very high-quality health care" and no homelessness that he witnessed.

"I did not see a hungry child. I did not see any homeless people," Sanders said of the trip. The country "not only has free health care but very high-quality health care … The revolution there is far deeper and more profound than I understood it to be. It really is a revolution in terms of values."

Just last year, Sanders again praised communist Cuba, telling "60 Minutes," "it’s unfair to simply say everything is bad" about the late Fidel Castro's regime. Adding that though he was "opposed to the authoritarian nature of Cuba," Castro implemented a "massive literacy program."

HAVANA, CUBA - MAY 1:  Fidel Castro observes the May Day parade at the Revolution Square in Havana, Cuba May 1, 1998.  (Photo by Sven Creutzmann/Mambo Photography/Getty Images)

Sanders’ history with communism, socialism and Marxism has roots in his youth. In 1963 when he was a college student, Sanders was the guest of a Marxist youth movement founded by communist Ya’akov Hazan. In the ‘70s he helped found the socialist Liberty Union Party in Vermont. By 1972 he said he didn’t "mind people calling me a communist." And in 1985, he also made a trip to Nicaragua and called Marxist Nicaraguan President Daniel Ortega "an impressive guy."

The accolades of such regimes have earned Sanders stern criticism from those who suffered under communism and socialism, as well as from fellow politicians. But Sanders has continued pushing for the acceptance of mainstream socialism and has helped move the dial of the Democratic Party further left.

Conservatives have panned the bill as the "Democrats' down payment on socialism" and shifting a massive amount of power from state and local governments to the federal government. Sen. Joe Manchin broke with Democrats last weekend, sounding the bill's death knell by saying he wouldn’t vote for it.

"Radical lawmakers are looking to stuff far-left, unpopular wish-list items into this proposal, including taxpayer-funded universal pre-K, expansion of government health care, and more just as they did with special interest bailouts in the recent ‘COVID stimulus’ package," David Ditch, research associate for the Grover M. Hermann Center for the Federal Budget at the Hertiage Foudation, recently said.

FILE - In this March 15, 2020, file photo, former Vice President Joe Biden, left, and Sen. Bernie Sanders, I-Vt., right, greet one another before they participate in a Democratic presidential primary debate at CNN Studios in Washington. Sanders said Tuesday that it would be "irresponsible" for his loyalists not to support Joe Biden, warning that progressives who "sit on their hands" in the months ahead would simply enable President Donald Trump’s reelection (AP Photo/Evan Vucci, File)

But Sanders has only become more vocal in his advocacy for the legislation, and his comments harken back to his praise of communist nations, and his claims of their commitment to education, health care and the poor.

"At this pivotal moment in U.S. history, it’s time for the Senate to vote on a bill that will substantially improve the lives of working families, the elderly, the sick and the poor, while taking on the unbridled greed of the wealthy and the powerful," Sanders wrote in a recent op-ed for Fox News.