Democratic presidential candidate Bernie Sanders doubles down, repeats call for felons to vote from prison; reaction on 'The Five.'

2020 Democratic presidential hopeful Bernie Sanders reportedly once suggested that a string of letter bombs and other attacks in the U.S. may have been instigated by the government to discredit those seeking political change.

The Daily Caller first reported on a news report in The Bennington Banner, which reported on the claims during Sanders’ 1976 launch of his campaign for Vermont governor. Fox News has since located a copy of that article in online archives.

Sanders was running alongside lieutenant governor candidate John Franco, and the Banner’s report says the pair “coupled the announcement with a disapproval of terrorist bombings and a charge that many such incidents may be instigated by government agencies to undermine legitimate efforts to bring about change.”

Later it reported that “both men said such terrorism is counterproductive in changing the ‘system’ and charged that government agencies like the CIA may in fact be responsible.”

“Anybody that thinks change is going to come because of bombings or terrorist activity is either extremely stupid, crazy or an agent of the U.S. government,” Sanders is reported to have said.

Domestic protest bombings were common in the 1970s, with the Caller report noting eight letter bombs had been sent to seven corporations and a business executive just two days before Sanders’ announcement. 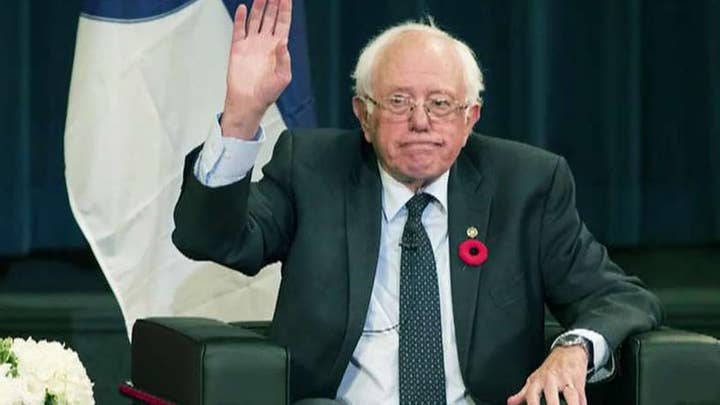 The Sanders’ campaign did not immediately return a request for comment from Fox News but a campaign spokesman told the Caller: “While Donald Trump raves about a deep state coup and routinely invokes violence when discussing his political opponents, Senator Sanders is proud to have always supported peaceful political change.”

Sanders has been dogged by a number of past statements from his radical past, including footage that showed him recalling his excitement surrounding the Cuban revolution in the 1950s.