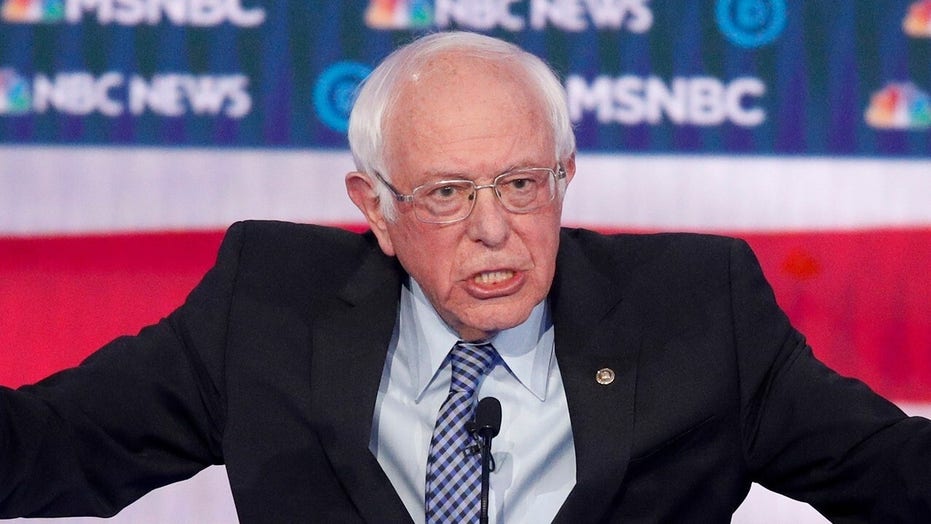 Momentum is on Sen. Bernie Sanders' side ahead of the critical South Carolina primary where Joe Biden leads the polls.

Sen. Bernie Sanders’ campaign appears to be walking back a key plank of its radical immigration policy -- a total moratorium on all deportations -- by promising that “violent criminals” could still be removed from the country.

Sanders’ campaign, in its immigration proposal, promises a “moratorium on deportations until a thorough audit of past practices and policies is complete.” The document does not specify how long that freeze would last, but it does also envision breaking up both Customs and Border Protection (CBP) and Immigration and Customs Enforcement (ICE) and handing deportation power back to the Department of Justice.

While such a freeze has delighted radical immigration activists, it is far from clear how that would play with a broader, less extreme electorate.

“We're talking about violent criminals sit in jail or prison right now, upon the end of whatever sentence they may currently have, they would be deported,” Shakir said, quickly followed by saying that was a “tiny number of people on a case-by-case basis that would be outside the moratorium.”

But, depending on how broad the definition of “violent criminals” is, it is not a small number at all.

According to ICE’s numbers, 267,000 illegal immigrants were removed in Fiscal Year 2019 and 143,000 were arrested. More than 86 percent of those arrested had either criminal convictions or pending charges.

Additionally, among those arrested, those individuals had racked up:

It is then unclear where a President Sanders would draw the line. While it appears that a homicide or kidnapping conviction would be a deportable offense, would an assault charge or a gun conviction? It is also not clear whether sexual offenses would be included.

The Sanders campaign did not immediately respond to a Fox News request for comment. But, in his remarks to Buzzfeed, Shakir repeated it was something that would be considered on a “case-by-case" basis.

Sanders himself had teased limited exceptions in the past. According to The Washington Post, he had said in January there might be an exception made “if someone has been convicted of a terrible, terrible crime.”

The Sanders camp isn't the only campaign struggling between agreeing to a full moratorium demanded by radical pro-illegal immigration groups and allowing exceptions for criminal illegals as many voters would want.

Former Vice President Joe Biden on Thursday at a CNN debate said he would institute a moratorium on deportations for 100 days “until we get through the point that we find out the only rationale for deportation will be whether or not, whether or not you've committed a felony while in the country.”

A Biden adviser reportedly told Buzzfeed that saying he supported a moratorium was “inaccurate” -- only to release a joint statement with the Latino Victory Fund to the outlet hours later committing to such a moratorium.

"Vice President Biden is absolutely committed to a 100-day moratorium on any deportations of people already in the United States," the Biden campaign and the Latino Victory Fund said in the joint statement. "The campaign and Latino Victory Fund stand fully together in this and in the mission to support immigrant communities and center all the issues important to Latinos at the heart of this movement as we work to send Donald Trump and his unmitigated assault on our national values packing."