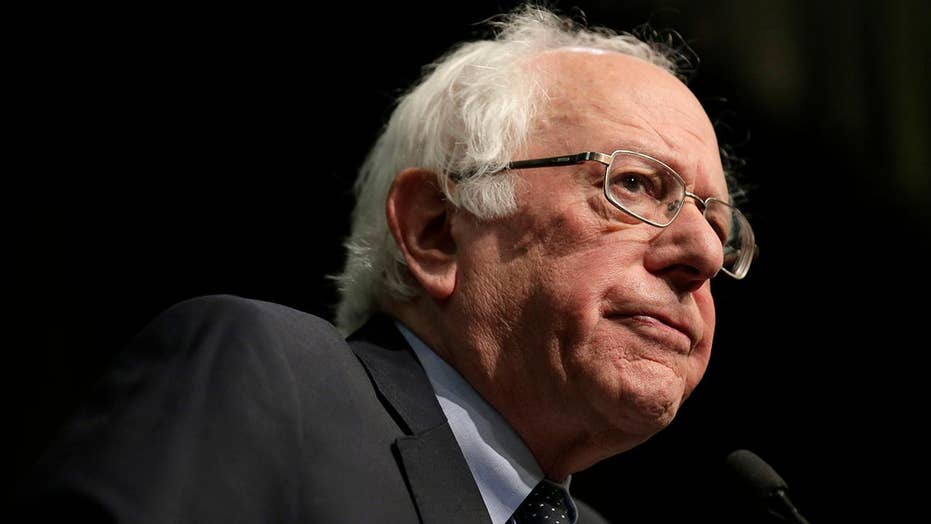 Sanders on Fox News town hall: It's important to talk to Trump supporters

During his first presidential campaign, Bernie Sanders was known for his celebrity endorsements.

Stars including director Spike Lee, actor Seth McFarlane, comedian Will Ferrell, actress Rosario Dawson, and composer Hans Zimmer “Felt the Bern” back in 2016, according to The Los Angeles Times. In September 2015, the Vermont senator even released a letter of endorsement signed by 128 celebrities, Variety reported at the time.

Despite losing the Democratic nomination to Hillary Clinton, Sanders has thrown his hat back into the 2020 campaign ring.

The 77-year-old politician announced his presidential bid in February and already he’s been well-supported. Sanders has raised $18.2 million, surpassing his 2016 run and his 2020 competitors. He’s also been backed by a handful of celebrities, activists, and politicians.

Ahead of his appearance at Fox News’ Town Hall, here’s a look at some of Sanders’ most famous celebrity backers.

On Feb. 19, “Avengers” actor Mark Ruffalo tweeted Sanders' campaign when he posted: “Welcome to the race @SenSanders! Glad to see you back.”

Ruffalo supported Sanders during the senator’s 2016 bid. After a Democratic presidential debate against HIllary Clinton in March 2016, Ruffalo appeared on MSNBC, saying he “felt a lot of heart from [Sanders],” The Hill reported at the time.

The day after Sanders announced his presidential bid, actor and comedian Danny DeVito made it clear where he stood with a brief “Bernie 2020” tweet.

The 74-year-old actor also supported Sanders in 2016 after contributing to Maryland Gov. Martin O’Malley’s campaign before he stepped out in early 2016, Buzzfeed News reported.

In 2016, Sarah Silverman was an outspoken supporter of Sanders until he lost the primary to Clinton.

Now that Sanders is running again, Silverman appears to be back supporting the senator.

In March she tweeted a video clip of Sanders, reportedly from 1995, where he defended men and women in the military who are gay.

In her tweet, Silverman wrote: “25 years ago. This is why I believe in Bernie #lgbtq.”

On Feb. 26, he tweeted: “I also am putting my full support for @SenSanders for President in 2020 and the people's agenda he supports!”

Comedian and actor David Cross, best known for his role as Tobias Fünke on “Arrested Development,” announced his support for Sanders on Twitter as well, saying: “I’m in!”

He was responding to a tweet from the Republican National Committee that said: “Bernie Sanders’s radical ideas are now the primary platform for the Democrats. As a self-avowed socialist, Bernie is a supporter of far-left policies such as a government takeover of healthcare, the Green New Deal, and College for All.”

Our Revolution is an organization and a grassroots movement inspired by and in support of Sanders’ campaign.

Last week, singer Jason Mraz went on Instagram to show Sanders his support. He posted artwork of Sanders smiling at a bird with the word “together” in the top left corner.

The “I’m Yours” singer captioned the picture: “Birds of a feather vote together. @berniesanders is my songbird.”

“The Green Mile” actor James Cromwell announced his support for Sanders on Twitter in February by tweeting a simple message: “#BernieSanders2020.”

After supporting Sanders in 2016, actor Justin Long has apparently decided to support the senator again in 2020. Long attended Sanders’ Brooklyn rally in early March and posted a picture of the rally on social media.

“Despite the cold, Brooklyn was really feelin the Bern today… #Bernie2020!!!” he tweeted.

“Shawshank Redemption” star Tim Robbins was also a Sanders supporter in 2016 who is continuing to back the senator in his 2020 bid.

He posted a picture of Sanders’ rally in Brooklyn with the tweet: “...and it was 34 degrees. Looks like a movement. #BernieinBrooklyn.”