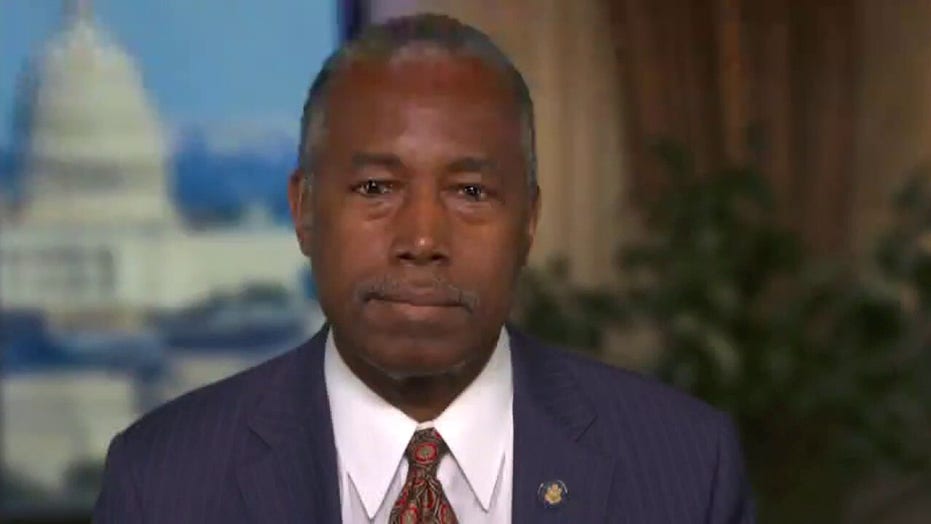 Ben Carson: How AG Barr's comments on national lockdowns, slavery can be interpreted

Dr. Ben Carson reacts to backlash AG Barr is facing for saying coronavirus closures are the 'greatest intrusion on civil liberties' since slavery, and addresses surging crime in Minneapolis.

Carson made the remarks on Fox News' “The Story with Martha MacCallum.”

In Michigan on Wednesday, Barr publicly suggested that coronavirus lockdowns were the “greatest intrusion on civil liberties” since slavery and that the Black Lives Matter movement was using Black Americans as “props.”

“I know how deeply he cares about people and particularly about Black lives,” Carson said. “We talked about that. And I think what he is talking about can be interpreted depending on how a person feels. If they hate him and they hate the administration that he's in, then obviously they interpret it one way. And people who know him and understand what he's trying to say interpret it in another way.”

Carson argued that Americans were not looking at the “big picture” concerning the repercussions of the pandemic and the guidelines for living through it have been inconsistently applied.

“If we continue to shut down the economy, continue to shut down people's ability to make a living, we will create a situation that is extremely difficult to rectify,” Carson explained. “And sometimes you almost get the impression that there's some people who are rooting for that. I hope not.”

Regarding the attorney general’s comments on Black Lives Matter, Carson said he agrees with the sentiment Barr put forth and encouraged the public to research what the movement really advocates.

“It's not really about those young children who are caught in the crossfire in neighborhood shootouts,” he said. “It's not about what's going on in Chicago every weekend. So I understand exactly what the attorney general is saying. But again, people these days take everything -- they try to inflame the situation and it's playing to the emotions of people.”

“This is such an important time in our lives,” he added. “We really need to be able to deal with facts. Let's not deal with emotion that is stirred up by people on television who are simply working for a paycheck."