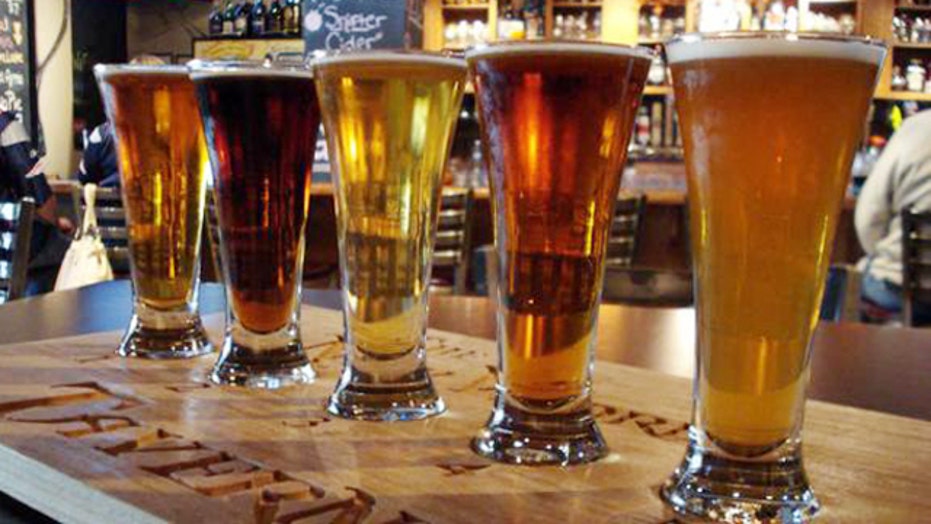 A battle over beer is brewing on Capitol Hill.

Driving the fight are small, independent craft brewers, who are growing in both size and popularity in the United States – so much, that beer giant Budweiser spent $9 million on a Super Bowl ad this year mocking the craft beer phenom. Now, the "pumpkin peach ale" producers have their own lobbyists and are enlisting home-district members of Congress to sponsor legislation cutting the excise tax on their sudsy creations.

Co-sponsored by Sens. Susan Collins, R-Maine, and Ben Cardin, D-Md., the Small BREW Act would cut what they say is a burdensome tax on craft brewers who need to invest in production facilities and hire more workers. The federal tax, first levied on brewers during the 19th century as a way to pay for the Civil War, is one of the “hidden” levies directly collected from producers and importers, but is more or less reflected in the retail price. It applies to all brewers, but the craft beer industry wants it to be cut specifically for them.

“We’re making an American product – not many manufacturers in the United States these days can make that claim,” said Bob Pease, president and CEO of the Brewers Association, which for 10 years has represented the craft beer industry. He says there are 3,200 independent brew pubs and breweries in the U.S. today, compared with about 40 in the mid-1980s. He says the U.S. “by far” has more craft operations than any other country.

“All of that hasn’t been driven by the association, but by the American beer drinker who wants something from their beer that they weren’t getting from light lager,” Pease told FoxNews.com. “Many of these brewers can’t make enough to satisfy demand. What they have to do is grow their production, the ability to make more beer.”

To do that, the brewers want taxes cut.

But they're not about to tap the keg yet. Big-beer behemoths oppose efforts to carve out special treatment for the craft movement and have a competing bill in Congress.

A representative with the Beer Institute, which represents some of the big-beer companies, said while they don’t mind adjusting the tax rate down for the little guy, they want to cut the rate across the board -- including for the giants and importers, which are left out of Collins-Cardin legislation.

The institute comprises MillerCoors, Heineken USA, Constellation and others, as well as AB InBev. The latter became the biggest beer company in the world, after American producer Anheuser-Busch was acquired by the Brazilian-Belgian giant InBev in 2008. Together, they represent a $245 billion industry with 2,800 breweries and 2 million jobs worldwide.

Under the current excise tax structure, brewers who produce up to 2 million barrels a year pay $7 a barrel on the first 60,000 barrels produced, and $18 on all barrels after that. The Small BREW Act offers a tiered system so producers would pay only $3.50 on the first 60,000 and $16 per barrel up to 2 million. Anything over that would be the normal $18 per barrel. To be eligible for these breaks, however, brewers have to produce 6 million or fewer barrels a year. The major producers like AB ImBev, for example, far exceed that threshold; whereas most craft brewers fall under the 60,000-barrel threshold.

A competing bill in the House, the Fair Beer Act, sponsored by Reps. Steve Womack, R-Ark., and Ron Kind, D-Wis., is supported by the Beer Institute and would eliminate any cap, making all brewers eligible for breaks. It would completely eliminate the tax on the first 7,143 barrels, and then charge $3.50 for up to 60,000 barrels; $16 for 60,001 to 2 million; and after that, $18 per barrel. Their legislation would also extend tax cuts to the importers. The Beer Institute says 90 percent of small brewers would have their taxes wiped out because they fall under the 7,143 threshold.

Major players would only get tax cuts worth “pennies on the barrel,” said Beer Institute President and CEO Jim McGreevy, but at least it would be something. “The significant tax relief in our bill would go to the small brewers,” he told FoxNews.com, but “it’s fair and it’s equitable and comprehensive” and doesn’t leave anyone out.

Pease, though, said the Small BREW act targets the little guys because they need the help and, he contends, the multinational corporations that have breweries overseas employing foreign workers do not.

“Our bill is centered on supporting American-headquartered companies, creating American jobs, here at home,” he said. “This is one meager step to level the playing field that is heavily tilted to [Big Beer’s] advantage.”