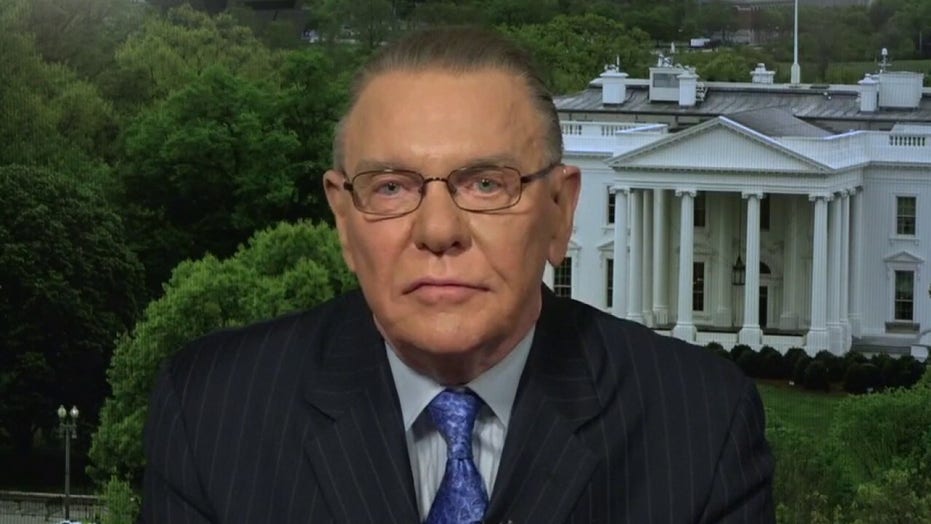 Gen. Jack Keane discusses if China will be held accountable for the coronavirus outbreak

Attorney General Bill Barr delivered a dire warning to the U.S. and the world on Thursday regarding what he said could be “the most important issue for our nation and the world in the 21st century”: the Chinese Communist Party’s global ambitions.

Discussing sectors, including the technology, pharmaceutical, and entertainment industries, Barr described how the Chinese government is “engaged in an economic blitzkrieg” aimed at dominating the global economy and replacing the U.S. as the world’s top superpower.

“The CCP has launched an orchestrated campaign, across all of its many tentacles in Chinese government and society, to exploit the openness of our institutions in order to destroy them,” Barr said during an address at the Gerald R. Ford Presidential Museum.

To achieve their goals, Barr said, the People’s Republic of China (PRC) is utilizing “a wide array of predatory and often unlawful tactics” that include currency manipulation, theft of intellectual property, cyberattacks and espionage.

Barr said that the Chinese Communist Party’s “Made in China 2025” initiative “poses a real threat to U.S. technological leadership,” as China seeks to dominate a number of high-tech industries.

The attorney general further warned that the U.S. is already “dangerously dependent” in certain areas, such as rare earth materials used in a wide variety of technological devices and active pharmaceutical ingredients (APIs).

“As one Defense Health Agency official noted, should China decide to limit or restrict the delivery of APIs to the United States, it could result in severe shortages of pharmaceuticals for both domestic and military uses,” Barr said.

At the same time, Barr said, China “has systematically preyed on American companies” by placing obstacles in the health market ranging from price limitations to counterfeiting. He mentioned that Chinese nationals working at U.S. pharmaceutical companies have been caught stealing secrets in both the U.S. and China.

Barr lamented that far too many American companies have complied with Chinese demands in order to seek short-term profits.

“Sadly, examples of American business bowing to Beijing are legion,” Barr said, pointing to how Hollywood “regularly censors its own movies to appease the Chinese Communist Party.” Giving examples including the films “World War Z” and “Doctor Strange,” Barr noted how studios have altered key components of films so as not to offend the Chinese government, which would risk having the movies closed off to more than a billion people who make up the Chinese market.

“Chinese government censors don’t need to say a word, because Hollywood is doing their work for them,” Barr said. “This is a massive propaganda coup for the Chinese Communist Party.”

Barr also called out tech giants such as Apple, Google, Microsoft and Yahoo for being “all too willing to collaborate with the CCP,” pointing to how Apple removed the news app Quartz from their online store because China opposed their coverage of protests in Hong Kong.

Barr issued a grave warning to firms that may believe it is in their best interests to work with China: “If you are an American business leader, appeasing the PRC may bring short-term rewards. But in the end, the PRC’s goal is to replace you.”