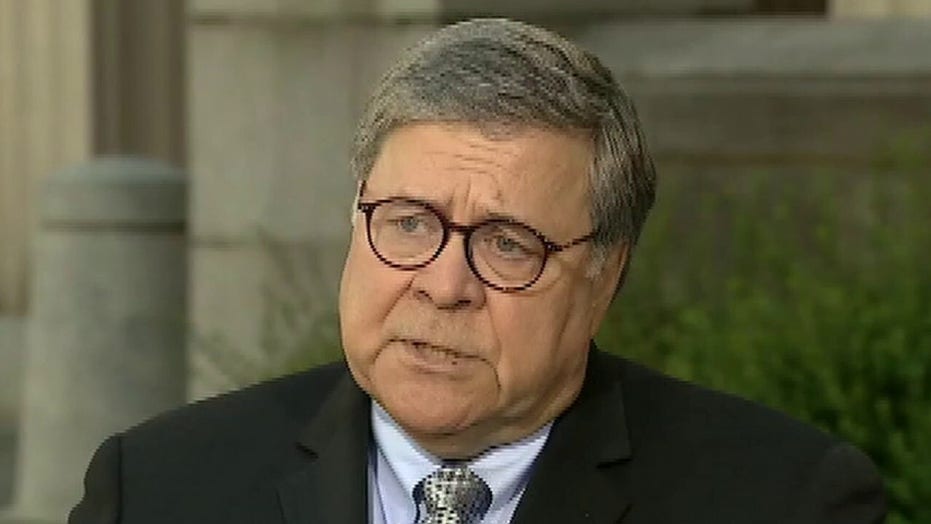 AG Barr weighs in on calls to defund the police

Attorney General Bill Barr on Monday blasted calls from protesters and activists to defund police departments in the wake of George Floyd's death – saying in an exclusive interview with Fox News’ Bret Baier that going after entire departments is “wrong” and “dangerous.”

Barr’s comments come as demonstrators in cities across the country are holding daily protests against police brutality and racial injustice. After Floyd, an unarmed black man, died in Minneapolis police custody after an officer kneeled on his neck for nearly nine minutes, a number of cities have proposed major cuts or reforms to police departments or – in the case of Minneapolis – moved to “dismantle” the force entirely.

Barr told Fox News he agreed on the need for changes in police departments to address the concerns of many people of color, but he stopped well short of supporting moves to defund departments.

“The police chiefs, the rank-and-file officers understand the need for change and there has been great change,” Barr said in the interview, which airs Monday at 6 p.m. ET on Fox News’ “Special Report with Bret Baier.” “I think defunding the police, holding the entire police structure responsible for the actions of certain officers is wrong and I think it is dangerous to demonize police.”

The attorney general referenced a bloody weekend in Chicago that saw “60 to 70 people shot” as a reason for needing to keep police departments funded. Over the last few years, Chicago has been dealing with a scourge of gun violence, with a total of 85 people being shot – 24 fatally – in the last weekend of May. 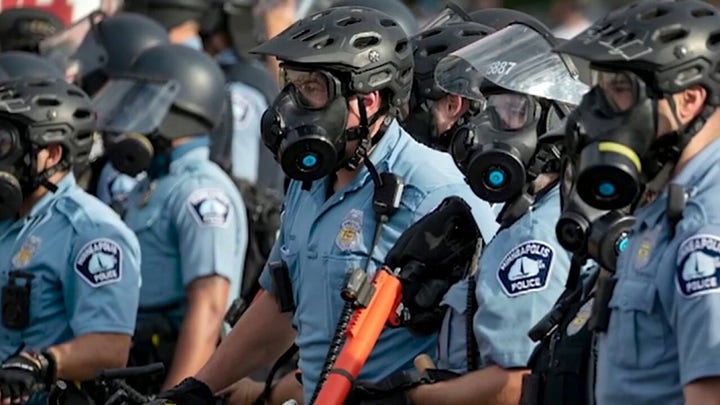 Barr’s comments mirror those of President Trump, who has repeatedly slammed proponents of defunding police departments and cast himself as a “law & order” president.

“This year has seen the lowest crime numbers in our Country’s recorded history, and now the Radical Left Democrats want to Defund and Abandon our Police. Sorry, I want LAW & ORDER!” Trump tweeted on Monday.

Some supporters of the "Defund The Police" movement, however, argue that it isn’t necessarily about eliminating police departments or stripping agencies of all of their money. They say it is time for the country to address systemic problems in policing in America and spend more on what communities across the U.S. need, like housing and education.

The group MPD150, which says it is “working towards a police-free Minneapolis,” argues that such action would be more about “strategically reallocating resources, funding, and responsibility away from police and toward community-based models of safety, support, and prevention.”

“The people who respond to crises in our community should be the people who are best-equipped to deal with those crises,” the group wrote on its website.

Yet, Minneapolis city officials appear to be taking the "defund" push literally, announcing a veto-proof majority to dismantle the department, despite objections from the mayor.

Meanwhile, while most federal lawmakers have come out against supporting moves to fully defund police departments – some Democrats have expressed sympathy with the sentiments behind the movement – mayors in some of the nation’s largest cities are moving to divert spending on their law enforcement departments into other services despite furor from police unions.

In New York City, Mayor Bill de Blasio said Sunday that the city would move funding from the NYPD to youth initiatives and social services, while keeping the city safe, but he didn't give details. 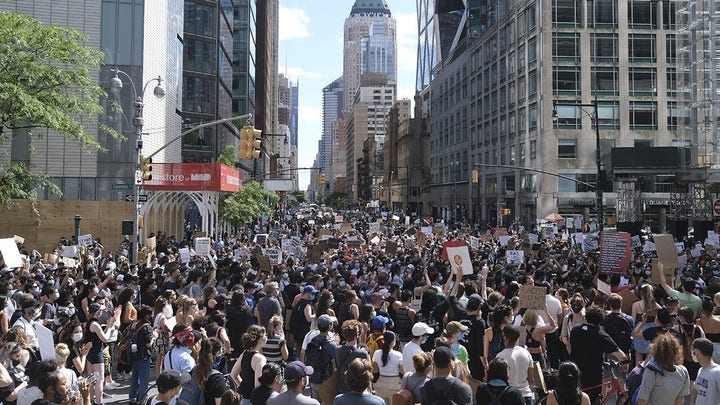 In Los Angeles, Mayor Eric Garcetti vowed to cut as much as $150 million that was part of a planned increase in the police department’s budget.

Disbanding an entire department has happened before. In 2012, with crime rampant in Camden, New Jersey, the city disbanded its police department and replaced it with a new force that covered Camden County. Compton, California, took the same step in 2000, shifting its policing to Los Angeles County.