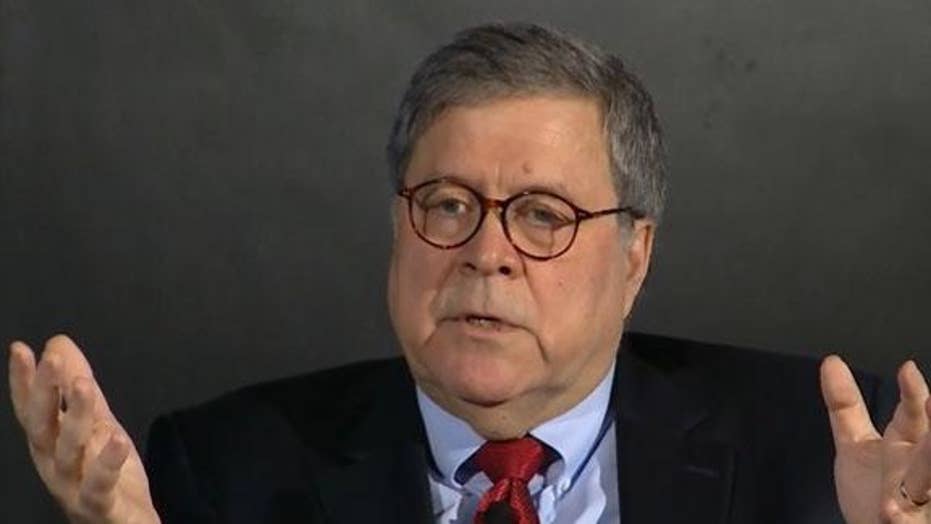 Horowitz was critical of the FBI for their practices in using the Foreign Intelligence Surveillance Act (FISA) to get a warrant to conduct surveillance of former Trump campaign adviser Carter Page, but he concluded that the investigation itself was launched properly, without evidence of political bias.

“It’s hard to look at this stuff and not think that it was a gross abuse,” Barr said during a discussion Tuesday at a Wall Street Journal CEO Council forum in Washington. He referred to the investigation as a whole as a "travesty."

"Where I disagree with Mike, I just think this was very flimsy," he said about the basis for the investigation. The FBI cited comments by Trump campaign adviser George Papadopoulos to an Australian official as sparking concerns about the campaign's possible involvement with Russia. Barr dismissed this as "a comment made by a 28-year-old volunteer on a campaign in a bar."

Barr also pointed to the FBI’s failure to include key evidence in their FISA warrant applications that would have gone in Page’s favor.

"They withheld from the court all the exculpatory information," he said, calling the anti-Trump dossier used to bolster the warrant applications a "sham."

He also pointed out that the Russia investigation was supposed to be a counterintelligence probe, yet there was no effort to warn the Trump campaign about suspected Russian activities.

“The normal thing to do in this situation,” Barr said, “is to go to the campaign, and here I don’t think there’s a legitimate explanation for why they didn’t.”

Barr made it clear that he does not know for sure that there was political bias. 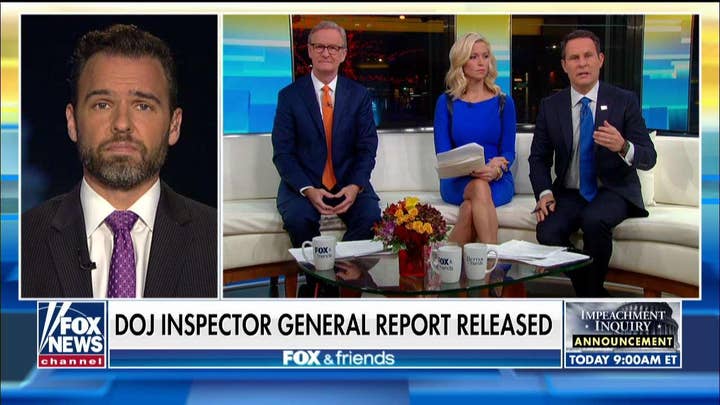 "I don't know what the motivations were," he said, stating it is premature to make a determination.

"That's why we have Durham," Barr said, referring to the ongoing investigation by Connecticut U.S. Attorney John Durham, which is broader in scope than Horowitz's review.

"Durham is able to look at all the evidence," Barr said. He specifically referred to Durham's ability to talk to other government agencies and private parties, and to compel testimony.

Barr’s remarks echo what he said in a blistering NBC interview earlier Tuesday.

Barr said that despite the report saying Horowitz did not have evidence that political bias played a factor in the investigation, he believes the IG left open “the possibility that there was bad faith” involved.

“All he said was, people gave me an explanation and I didn't find anything to contradict it,” he said.

Barr also pointed a finger at the media, saying: "I think our nation was turned on its head for three years based on a completely bogus narrative that was largely fanned and hyped by a completely irresponsible press."

And he said the Trump campaign was "clearly spied upon" during the investigation.