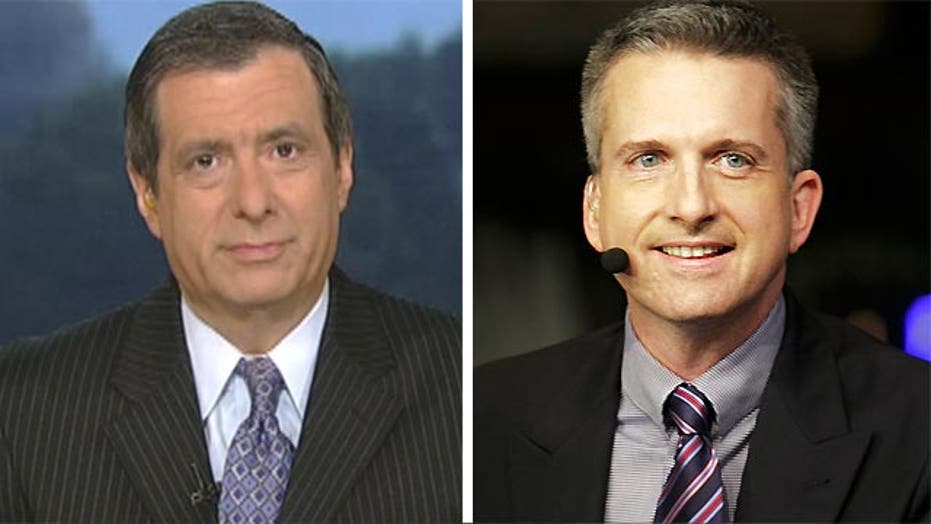 Even if you don’t care about sports, or football, or Roger Goodell, what ESPN did to the country’s most influential sportswriter is a very big deal.

It’s a big deal because news organizations hire pundits and pontificators for their opinions, which drive clicks and ratings, and sometimes whack them when they’ve “gone too far.” Which, of course, is a subjective judgment.

And sometimes they do go too far by saying something truly offensive. But that’s not the case here. What Bill Simmons did has more to do with challenging a powerful institution—one with which ESPN happens to do billions of dollars in business—and challenging the management of the dominant sports network.

That’s why Simmons’ three-week suspension is so troubling. Media outlets love to bring in junkyard dogs who growl and bare their teeth and bite their targets, for the entertainment and edification of the masses. Their brand generates revenue for the company. But sometimes the bosses act shocked and appalled that these warriors turn around and nip at their heels.

Simmons, a best-selling author, is a marqee player; ESPN has given him TV projects and his own site, Grantland. He’s also had some run-ins with management, including suspensions, during his 13 years at the network.

So when he went off on the NFL commissioner over the Ray Rice video, it was very much in character:

“Goodell, if he didn't know what was on that tape, he's a liar. I'm just saying it. He is lying. I think that dude is lying. If you put him up on a lie detector test that guy would fail. For all these people to pretend they didn't know is such f— b—s---. It really is.”

Then Simmons throws down the gauntlet:

“Roger Goodell is the sports world’s villain du jour, but until the NFL’s elevator of investigation reaches the top -- or ESPN delivers a smoking gun that proves the NFL viewed the Ray Rice video tape -- the commissioner is not a certified liar.  And Bill Simmons has no license to call him one without more justification than ‘I’m just saying it.’ …

“A case could be made that Simmons, who had done excellent work taking Goodell and the NFL to task up to this point, undermined ESPN’s solid journalistic efforts on the Rice story with some Grantland grandstanding.”

Excuse me, but plenty of people have said Goodell isn’t being straight with the public—especially after an AP report that the Rice video was mailed to the NFL’s director of security, who denies ever seeing it.

Is this about personality? Lipsyte says Simmons has “driving energy and creativity,” which can “also morph into tunnel vision and self-absorption.” Like lots of people in television.

The ombudsman, after interviewing ESPN President John Skipper, reports that “insubordination was one of the main two reasons for the severity of the suspension. Particularly on podcasts, said Skipper, Simmons has a tendency to slip back into his ‘bad boy, let’s-go-to-Vegas’ persona. Simmons, Skipper believes, is transitioning into an important influence and mentor at Grantland, and needs to leave his well-worn punkishness behind.”

Huh? So he was insubordinate because he challenged management? Or for being a punk? I’m sorry, that is just lame.

Lipsyte, who says his mail is running overwhelmingly in Simmons’ favor, sees the difficulty as “keeping rein on network superstars, challenging them, holding them to the highest of standards. That can be hard if you are working for the superstar.”

“No matter how far he burrows into the core of ESPN, however, Simmons will always see himself as an outsider. That’s what this week’s conflict came down to: a powerful man whose self-conception demands that he speak truth to power, and a massive corporation that wants him to know who’s still in charge…

“When Simmons said ‘I dare you,’ he was talking like a made man—someone who, on account of his popularity, reputation, and well-placed allies, could break the rules that ordinary people have to follow. This was the recipe for the dumbest ESPN suspension since that guy was benched for 30 days for saying 'chink in the armor': a star player who thinks he’s untouchable, and corporate honchos who’d rather overreact than have the lunatics think they’re running the asylum.

“The problem for ESPN is that Simmons said what everyone in America wants to hear right now…What the three-week suspension looks like, then, is an effort to silence a loud voice of dissent to appease ESPN’s most important business partner.”

Or at least teach him a lesson.

“Would a political reporter be suspended by his news organization for calling the president a liar? It’s practically in the job description…

“Another ESPN commentator, Stephen A. Smith, said earlier in the Ray Rice story that women should be reminded not to provoke the men in their lives. That was an insult to viewers, and to women who hear the same thing from men who abuse them. Smith was suspended for a week, a third as long as Simmons, whose insult was to a man who earns forty-four million dollars a year for keeping the owners of thirty-two teams happy. At some point, ESPN’s commentators should also get to call one of the more powerful men in their industry a liar.”

But not, apparently, if they also thumb their nose at management.

Couldn’t the brass have just given Simmons a little lecture? Did his conduct really warrant being banished for three weeks? I mean, this was a podcast that people chose to click on.

This is the dilemma that media outlets face when they hire opinionators. Unless they make truly offensive remarks, let them do their thing—or stop pretending that you want a freewheeling debate.