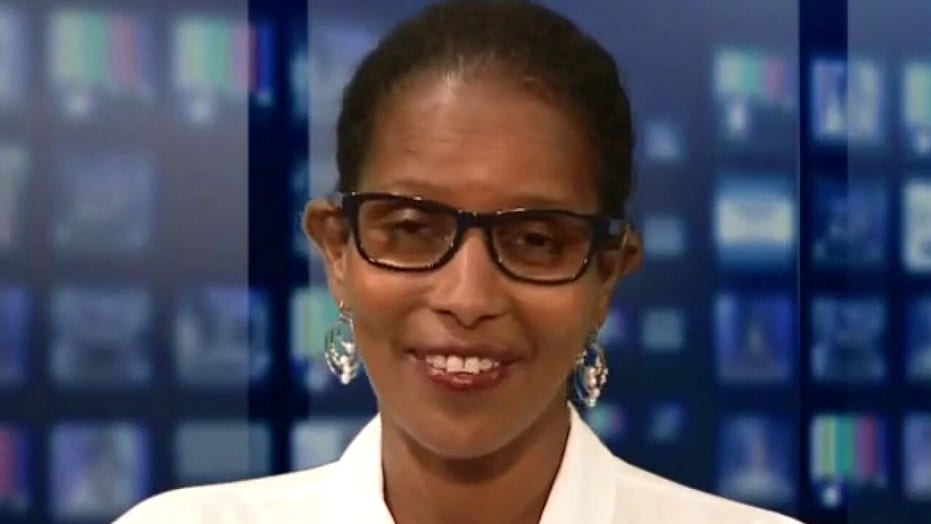 Carlson played several clips from the July 20 remarks, in which Biden vowed to end Trump's "Muslim ban on day one" of his administration and stated, "I wish we taught more in our schools about the Islamic faith. I wish we talked about all the great confessional faiths."

BIDEN, AT MUSLIM VOTERS SUMMIT, SAYS 'I WISH WE TAUGHT MORE IN OUR SCHOOLS ABOUT THE ISLAMIC FAITH'

“If you’re a Muslim, [if] you grew up within Islam trying to reform it, or [are] just a good American Muslim, you’re being confronted with ... a candidate for a major political party who’s basically saying 'Let’s enforce Sharia law,” Ali went on. “I’m with him on 'Let’s fight [anti-Muslim] discrimination, we should not be bullying Muslim children' ... but I don’t know who puts these words in his mouth and I’m alarmed.”

The Somali-born Ali, who has left the Muslim faith and is now an atheist, explained that Sharia law is based on the concept of “commanding right and forbidding wrong,” which she told Carlson she “cannot believe” Biden is promoting in the year 2020.

“I understand Joe Biden doesn’t know what he’s doing and I think most Americans don’t,” she said. “But he does have a campaign team… Joe Biden should come out and apologize profusely to the American people, especially to those American Muslims who have adopted and embraced the foundational principles of America.”

If he did so, she added, he would show a “great trait of leadership”.

However, she added, “this group of people ... who lured him into saying these things, I know that they are part of the Islamist groups -- we call them the Muslim Brotherhood, I do know that the people who look after him, the campaign team, were not on red alert and that they didn’t stop him from saying this type of thing.”