Author and journalist Bernard Goldberg is no fan of President Trump, but hopes the Republican wins reelection “in a landslide," he wrote on his personal website Monday.

Explaining his dissatisfaction with the Democrats, Goldberg said he doesn’t believe “puppet” Joe Biden even knows what he stands for as the party's presumptive Democratic nominee and claimed that if the former vice president does defeat Trump in November, Sen. Bernie Sanders, I-Vt., and Rep. Alexandria Ocasio-Cortez, D-N.Y., will be “running the show” instead. 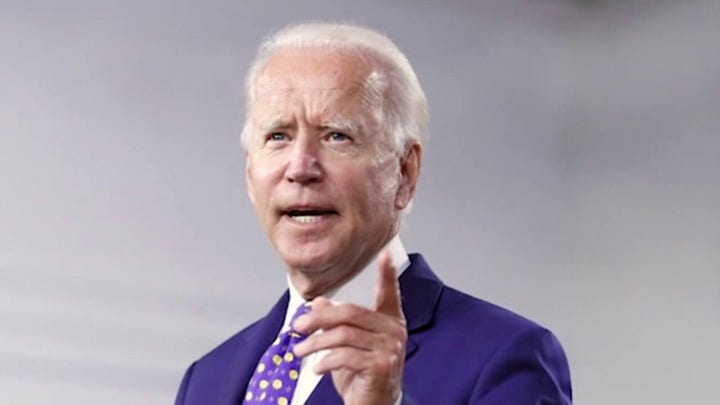 “We’ve been witnessing chaos and destruction in Portland and other cities run by progressive Democrats, yet no one in the Democratic Party will stand up and condemn the violence as if they really mean it,” Golberg wrote. “They’re cowards who fear a backlash from the hard left wing of the party. Stand up against rioters and the progressives will find a primary opponent to run against you.”

MIKE HUCKABEE: JOE BIDEN IS 'NOT AN OPTION' FOR 2020 RELIGIOUS VOTERS

Elsewhere, the longtime CBS News reporter and former Fox News contributor wrote that “Democrats don’t share my values and they sure don’t care about people like me. People like me don’t want our tax dollars to pay for free comprehensive healthcare for immigrants who snuck into the country and are living here illegally."

Goldberg also claimed that free speech will be in “serious jeopardy" if the Democrats win this fall.

“So-called hate speech could become a crime. And they’ll decide what’s hateful and what isn’t,” he said. “If Biden and his progressive puppet masters take over, the cancel culture will be in full bloom. You think it’s bad now? Just wait!”

Despite his preference for a Biden defeat, Goldberg concluded, he can't bring himself to vote for the president.

"I know the argument, which I’ve heard a million times: If I don’t vote for Trump it’s the same as voting for Biden," he wrote. "That may be true, but that’s Donald Trump’s doing, not mine.

“And if Joe Biden wins, it won’t be because of me or a few million people like me. It will be because of Donald Trump,” he said. “He is a detestable man. And I hope he wins.”