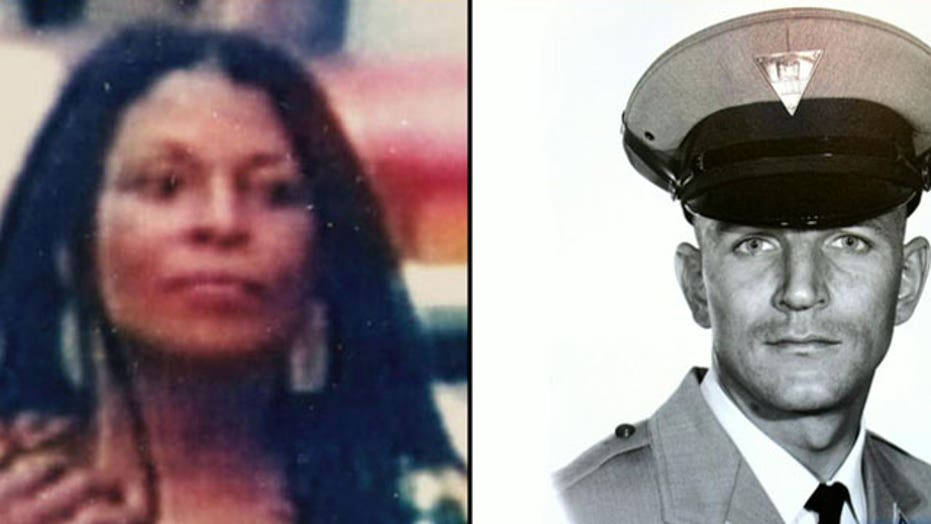 Police seek return of Joanne Chesimard, who fled to Cuba after killing a N.J. state trooper in 1973

A thaw in relations between the U.S. and Cuba could help bring two cop killers and dozens of other fugitives granted asylum by the island nation to justice, law enforcement authorities hope.

The full implications of the diplomatic breakthrough announced Wednesday by President Obama are not yet known, but New Jersey State Police Superintendent Col. Rick Fuentes said he immediately thought of Joanne Chesimard, the Black Liberation Army militant who killed a state trooper in 1973 and later escaped prison and fled to Cuba. Chesimard, now 67, remains on the FBI’s Most Wanted Terrorist List, as well as New Jersey’s Most Wanted List.

“We view any changes in relations with Cuba as an opportunity to bring her back to the United States to finish her sentence," Fuentes said in a statement. "We stand by the reward money and hope that the total of $2 million will prompt fresh information in the light of this altered international relationship."

Chesimard, who later changed her name to Assata Shakur, gunned down New Jersey State Trooper Werner Foerster after she and fellow militants were stopped on the New Jersey Turnpike. She was convicted later that year and served six years before escaping from the Clinton Correctional Facility for Women in New Jersey, with the help of three members of the Black Liberation Army who visited her and helped seize two guards as hostages and commandeer a prison van.

"Chesimard isn't the only fugitive down there wanted for a violent crime, and she's already been convicted, so it's a matter of bringing her back and sending her back to jail,” Fuentes told the Los Angeles Times. “There's other people that surround her that Castro has taken a liking to and it's been very, very difficult in their particular cases to have discussions to get them out. This case constitutes an open wound in our organization, and an open wound in the Foerster and Harper families, and we have tried to take advantage of every opportunity."

As many as 70 American fugitives are believed to be exiled in Cuba. It is not yet clear if an extradition treaty will be part of the unfolding diplomatic policy, but law enforcement agencies could one day be free to pursue Chesimard and other fugitives who fled to Cuba, many of whom were welcomed with open arms by the Castro regime and are living in plain sight.

Fidel Castro stuck up for Chesimard in 2005, accusing Washington of portraying her “as a terrorist, something that was an injustice, a brutality, an infamous lie.”

Charlie Hill, 64, has spent more than 40 years living in a hovel on the outskirts of Havana after fleeing the U.S., where he was accused of killing a cop in 1971. Hill, who also is an admitted hijacker, was allegedly stopped by cops in Albuquerque in November 1971 as he and two other men were driving a stolen car that was filled with guns and materials for making bombs.

Also in exile since the 1970s is William Morales, an explosives expert and prominent member of extremist Puerto Rican separatist group FALN. As chief bomb maker for the group, Morales was linked to a 1975 explosion in New York that killed four and for another bombing two years later in Manhattan that left a Mobil oil executive dead.

Morales was arrested in July 1978 after a bomb he was building exploded, injuring him. He was arrested and taken to a hospital, but escaped to Mexico and eventually Cuba, where he has remained ever since.

Víctor Manuel Gerena, a member of the Puerto Rican separatist gang Los Macheteros, or Machete Wielders, fled the country after he was put on the most wanted list for his alleged involvement of an armored car heist in Hartford, Conn. Gerena and others were alleged to have stolen $7 million in cash in what was considered at the time to be the largest cash robbery in U.S. history. It is believed that he is hiding in Cuba, and the FBI is still offering $1 million to anyone with information that leads to his capture.