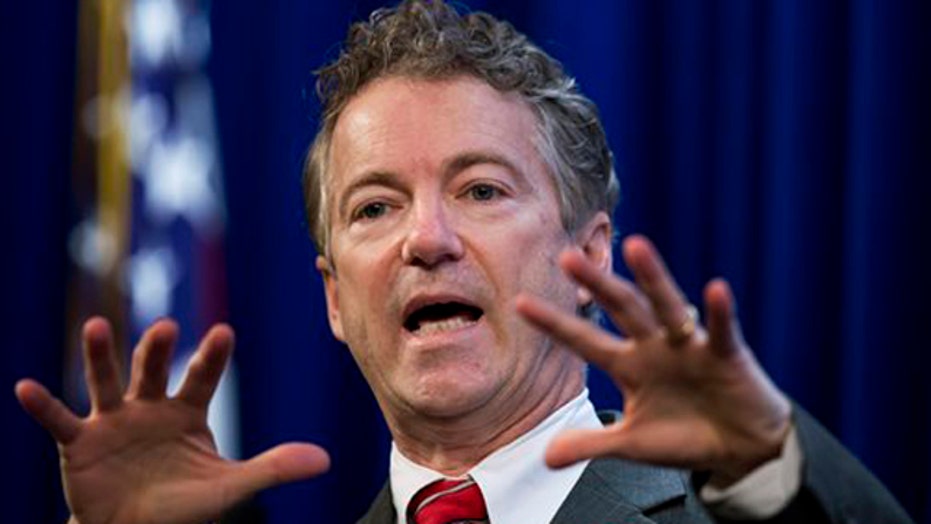 The Bureau of Alcohol, Tobacco, Firearms and Explosives is shelving a proposal to ban a popular but highly lethal type of bullet, amid opposition from gun-rights advocates and hundreds of  members of Congress.

The agency said in a statement on Tuesday it would not seek to issue the final guidelines "at this time." The proposal pertained to M855 "green tip" ammunition, used in the AR-15 rifle, which regulators looked at banning because it can pierce police body armor.

The ATF said it would instead wait until Americans have finished commenting on the federal regulations and evaluate their comments and suggestions before "proceeding with any framework."

The statement follows 52 senators and 238 House members joining in opposition to any attempt the Obama administration might make to ban the ammo.

"This attack on the Second Amendment is wrong and should be overturned," said Rep. Bob Goodlatte, R-Va., who started the petition. "A clear, sizeable majority of the House agrees.”

Armor-piercing ammunition for handguns has been banned since 1986 as a way to protect police officers.

The agency also said the decision was based on the "overwhelming interest in this issue and the issues raised in the comments received.”

The ATF said it has received more than 80,000 public comments and that an overwhelming number were critical of the proposal.

"I’m pleased to see that the ATF has now decided to abide by congressional intent of the law, and its exemption protecting the rights of law-abiding gun owners, Iowa GOP Sen. Chuck Grassley chairman of the Senate Judiciary Committee, said after the ATF announcement. "ATF’s original proposal to short-circuit the exemption and limit access to rifle ammunition was an affront to the Second Amendment to the Constitution, and it was met with stiff rebuke."

The Justice Department will make a final decision when all of the comments are reviewed.

Gun rights groups have argued that the ammo ban would be a backdoor attempt to ban assault weapons.

The weapons would still work without the M855s but they would no longer be capable of firing body-armor piercing ammo.

“Today’s announcement proves what we have said all along -- this was 100% political," said Wayne LaPierre, executive vice president of the National Rifle Association. "Obama failed to pass gun control through Congress, so he tried impose his political agenda through executive fiat."