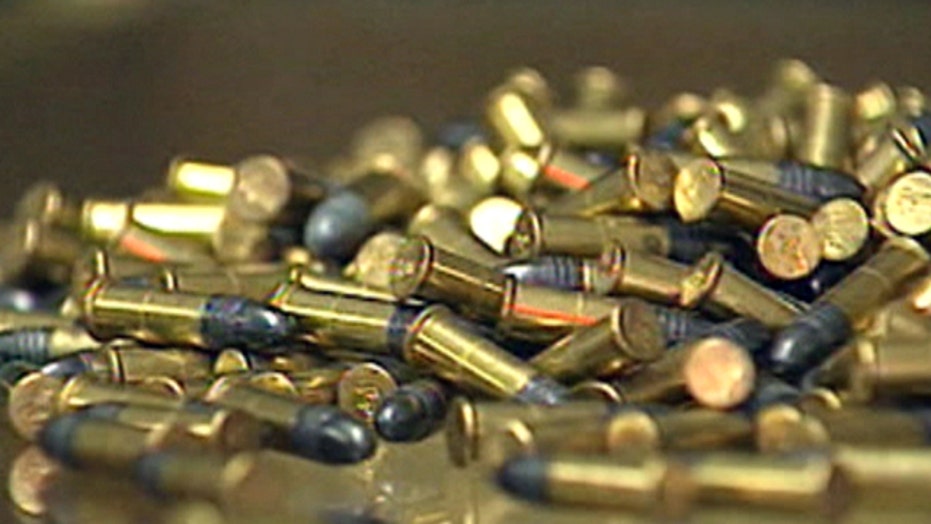 It looked like the fix was in. But the ATF says it was just a misfire.

As the ATF faces a firestorm of controversy for seeking public comment on a proposal to ban a popular type of bullet, critics last week claimed the agency may have decided in advance how it would rule.

They pointed to the ATF's latest "Firearms Regulation Reference Guide," released in January 2015. The guide, curiously, did not contain an exemption for popular ".223 M855 'green tip' ammunition" that was included in earlier guides. Without that exemption, the ammunition is illegal to sell. (The change in language was first noticed by Fox News contributor Katie Pavlich at Townhall.com.)

So did the ATF already make up its mind?

No, the agency claims. The ATF has responded that the reference guide is not legally binding, so the bullets have not actually been banned yet, and has apologized for leaving the exemptions out of the guide. They say it was an innocent mistake. And the proposed ban is apparently still under consideration.

"[It] was an error which has no legal impact on the validity of the exemptions," ATF public affairs chief Ginger Colbrun told FoxNews.com in an emailed statement, adding that it will be corrected soon.

"The 2014 Regulation Guide will be corrected in PDF format to include the listing of armor piercing ammunition exemptions and posted shortly...  ATF apologizes for any confusion caused by this publishing error."

As of Monday, the 2014 guide with the error was no longer available on the ATF website.

Case closed? Perhaps. Gun-rights supporters say that such errors are common for the ATF -- but that it could also have been a tip-of-the-hand that the administration already had reached a decision on banning the bullets.

"This is either real incompetence or ATF got caught with their pants down. With this administration it could be both," Alan Gottlieb of the Second Amendment Foundation told FoxNews.com.

The controversy comes on the heels of a letter from a hundreds of lawmakers urging the ATF not to ban the popular ammunition, which is the focus of regulatory efforts because it can pierce bulletproof vests used by law enforcement.

These lawmakers say the regulation would interfere with Americans' Second Amendment rights.

"This attack on the Second Amendment is wrong and should be overturned," Rep. Bob Goodlatte, R-Va., who started the petition, said in a statement to FoxNews.com. "Now 239 bipartisan Members of Congress -- a clear, sizeable majority of the House -- agree," he noted.

Although the ATF previously approved the bullets in 1986, the agency now says that because handguns have been designed that can also fire the bullets, police officers are more likely to encounter them.

"We are looking at additional ways to protect our brave men and women in law enforcement... This seems to be an area where everyone should agree that if there are armor-piercing bullets available that can fit into easily concealed weapons, that it puts our law enforcement at considerably more risk," Earnest said.

But gun-rights groups such as the National Rifle Association note that almost all rifle bullets can pierce armor, and say that this is just an excuse for limiting civilian gun use.

"The claim that this is done out of a concern for law enforcement safety is a lie. The director of the Fraternal Order of Police has said this is not an issue of concern. And according to the FBI, not one single law enforcement officer has been killed with M855 ammunition fired from a handgun," Chris Cox, executive director of the NRA Institute for Legislative Action, told FoxNews.com.

Some law enforcement groups reached by FoxNews.com also say that they see no need for the regulation.

"The notion that all of a sudden a new pistol requires banning what had long been perfectly legal ammunition doesn't seem to make a lot of sense to many officers," William Johnson, executive director of the National Association of Police Organizations, told FoxNews.com.

NAPO represents over 1,000 police units and associations and 241,000 law enforcement officers around the country.

But some law enforcement experts support the ban.

"I am definitely for the banning of these rounds... officers worry about them all the time," former NYPD detective Harry Houck told FoxNews.com, though he added that a ban might not actually keep criminals from getting the ammunition.

"We understand why law enforcement has always been concerned about the threat of armor-piercing bullets," Dan Gross, president of the Brady Campaign to Prevent Gun Violence, told FoxNews.com.

Lawmakers warn that the regulation -- especially as it follows on the heels of attempts to restrict lead bullets -- will "result in drastically reduced options for lawful ammunition users." Already, the ammunition has been cleared from many store shelves by gun owners looking to stock up in anticipation of the ban. The proposed regulation would not prohibit owning the bullets, but it would stop anyone from manufacturing or importing them.

The ATF has announced that it is currently taking public comments on the regulation until March 16, when it will prepare to issue a final regulation. Comments can be sent to APAComments@atf.gov.

The author, Maxim Lott, can be reached on Facebook or at maxim.lott@foxnews.com