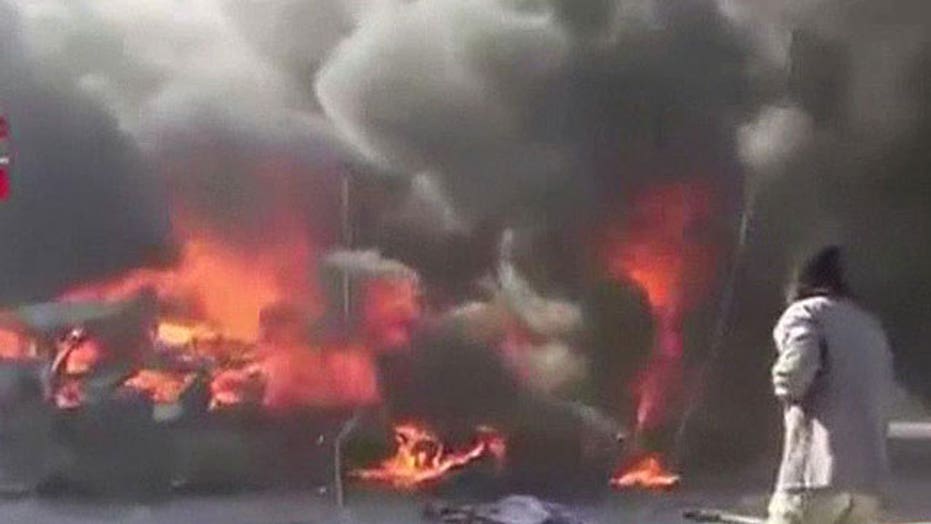 Has US strategy in Syria failed?

The Syrian government missed a key deadline Wednesday to turn over its chemical weapons stockpile, renewing concerns that the Assad regime is dragging its feet while the civil war rages on.

Under a timetable set up by the Organization for the Prohibition of Chemical Weapons, Syria was supposed to give up its entire stockpile of chemical weapons by Wednesday.

The government didn't come close. Last week, a U.S. diplomat said Syria had removed only 4 percent of its most toxic chemicals so far.

Still, the Russian government said Tuesday that Syria is preparing a new schedule and will make further shipments soon.

"Literally yesterday, the Syrians announced that they have planned the removal of a large shipment of chemical weapons in February," Gennady Gatilov said in an interview with the Russian state news agency RIA Novosti published Tuesday.

"They have an obligation here. They have committed to doing this," White House Press Secretary Jay Carney said, as officials vowed to keep up the pressure.

Assad sidelined talk of a military strike last September, when he publicly agreed to give up his chemical weapons.

But Rubio said the lack of cooperation on the weapons turnover shows that, despite so-called peace talks in Geneva last month, Assad is digging in.

"As I have said repeatedly, there are concrete actions that we should be taking immediately, rather than placing our hope in endless negotiations and counterproductive agreements with a mass murderer," Rubio said.

The Florida senator called for "lethal support" to be sent to "properly vetted elements of the opposition."

United Nations Secretary-General Ban Ki-moon, though, said Thursday he's confident the country will meet the June 30 deadline, according to Reuters.

"About these chemical weapons, I believe the process has been moving on rather smoothly even though there have been some delays," Ban said.