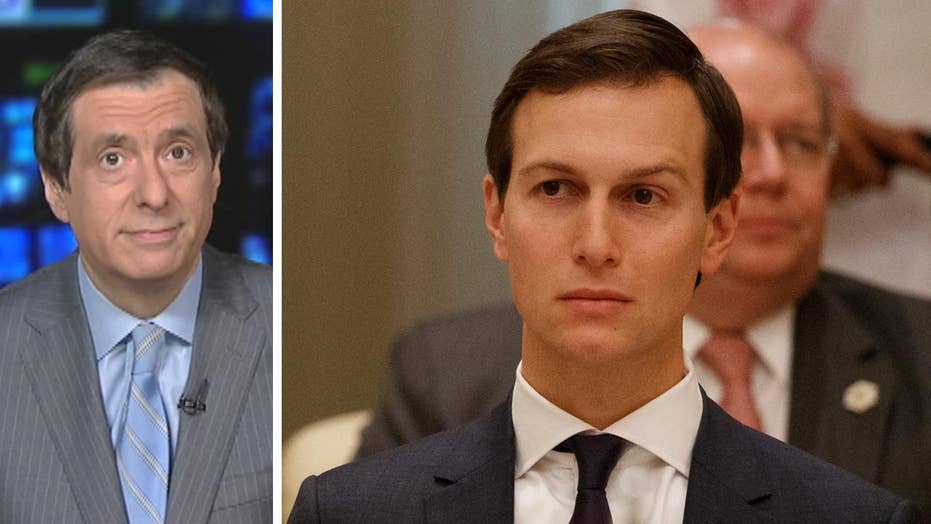 In a matter of mere days, Jared Kushner has become the media’s biggest target—that is, right after his father-in-law.

The White House official who virtually never talks to journalists on the record—which leaves them annoyed—is suddenly the most-talked-about presidential aide.

But as the press whips itself into a frenzy over Kushner and the Russia probe, it’s worth examining how much we really know.

The media are turning up the volume to 11 over the Washington Post and NBC stories reporting that Kushner is a “focus” or “under scrutiny” by the FBI. But what exactly does that mean?

It’s not the same as being formally designated a “target” or even a “subject” of a probe. Of course investigators are going to want to talk to him because of his past contacts with, in this case, the Russian ambassador and the head of a Moscow bank.

Maybe this will turn into something. But it’s entirely possible that Kushner was just trying to establish relationships, especially once his father-in-law was president-elect and he knew they’d have to work with the Putin government. At this point, at least, he seems to me little more than a witness.

But for the media, it means that the Russia investigation is no longer just about past aides and advisers like Paul Manafort, Carter Page and Michael Flynn. It now has reached into the White House and into Trump’s family.

The second Post story is a little more concerning. That piece says the ambassador, Sergei Kislyak, told Moscow that Kushner last December wanted to set up a secret communications channel that could include Russian gear in its embassy or consulate.

There is a history of back-channel communications with adversaries. Here's an example involving JFK and the Soviets.

The Kushner exploration of using Russian communications facilities does seem naïve—no one was going to find out?—but the press is reading it as sinister. What secret plots could they be hatching? It’s just as likely that, the month before the inauguration, the Trump transition team wanted to explore policy with the Russians and to circumvent the Obama administration. We can debate the wisdom of that, but it may well not be a criminal offense.

These are legitimate stories, but it remains to be seen whether they are damaging stories.

My sense, from watching the coverage, is that there’s a considerable amount of media resentment toward Jared Kushner. In this view he’s the rich kid who made a fortune in real estate, has a glamorous wife and got his White House job purely on family connections. The president seems to be putting him in charge of more and more initiatives; Kushner was a key player in planning last week’s visit to Saudi Arabia and Israel.

That’s in part why we’re seeing some pundits saying Kushner should take a leave of absence and otherwise acting like the latest stories amount to a full-blown crisis.

Kushner’s rivals in the White House are using the press to dump on him. This New York Times story, for instance, portrays him as aloof, as avoiding the nitty-gritty of government, as possessing poor political judgment—he thought Trump would win applause for firing Jim Comey—and even suggests the president is annoyed with him.

Politico, which describes Kushner as unhappy and miserable, comes out and says that other White House aides resent his special status.

The president said in a Sunday statement that “Jared is doing a great job for the country. I have total confidence in him…He is a very good person.”

Whatever the media and political grudges against Kushner, that doesn’t mean he shouldn’t be treated fairly. There’s been so much saturation coverage of Jared Kushner that a casual consumer of news could get the impression that he’s under investigation. And that’s just not the case.