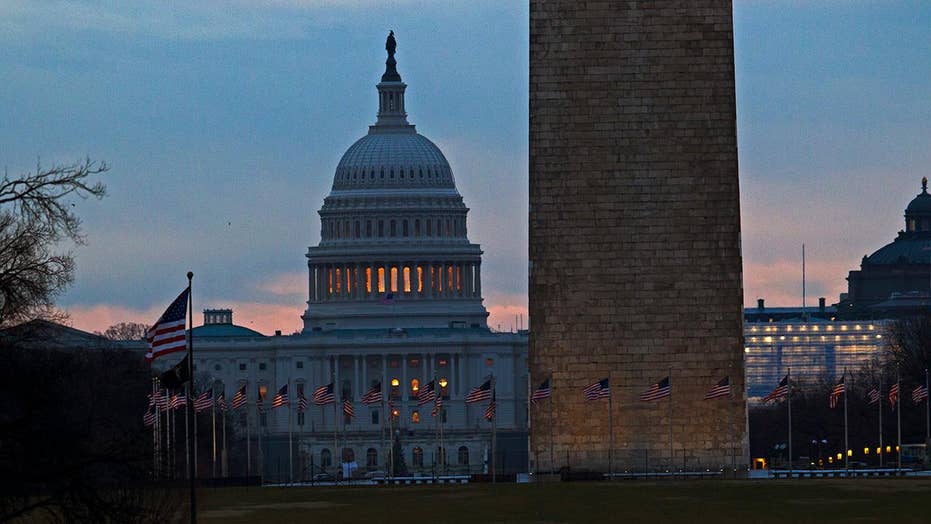 “Blame is better to give than receive.” – "Freewill" by Rush

There is always enough blame to go around in Washington.

Congressional Republicans long ago washed their hands of the partial government shutdown.

No one’s spied Senate Majority Leader Mitch McConnell, R-Ky., around the Capitol since before Christmas. Sources close to McConnell say it’s up to President Trump and Democrats to produce a legislative product that can become law.

House Speaker Paul Ryan, R-Wisc., seemingly checked out after he gaveled the House to order for a rare Saturday session on Dec. 22. As he strode out of the chamber, Ryan absolved himself and the House of any responsibility for the shutdown. The Wisconsin Republican asserted that the solution is “over there,” gesturing across the Capitol Rotunda, toward the Senate chamber.

As is standard practice during atypical parliamentary periods such as now, the House approved a resolution granting the speaker leave from opening up and presiding over holiday House sessions. Ryan could be present or appoint a “designee.”

No one’s seen Ryan for a week-and-a-half.

And House Minority Leader Nancy Pelosi D-Calif., left the Capitol late in the day on Dec. 22. She was spotted after Christmas in Kona, Hawaii.

President Trump and Congressional Republicans know what awaits them around 2:30 p.m. ET Thursday in the U.S. House chamber. Tellers will finish tallying the ballots from House members constituting the 116th Congress. Barring any surprises, Pelosi will become the first peaker to reprise that role since Sam Rayburn, D-Texas, in 1955.

In preparation for Pelosi’s return to the speaker’s suite, Republicans dusted off an old play from their political arsenal. It’s as reliable as the reverse flea flicker. A jet sweep. A double tight end set. The "Demonize Pelosi" play.

Pelosi doesn’t have great poll numbers. She’ll likely win the speakership but face some Democratic defectors on the floor. Republicans weaponized Pelosi when they campaigned successfully for House control in the 2010 midterms. It worked. They’ll return to that ploy this time, happy to characterize the San Francisco liberal as out of step with Middle America.

That’s why Republicans and conservative commentators took pains to needle Pelosi about her presence in Hawaii last week. By contrast, Trump indicated he was hunkered down in the White House, busy visiting troops in Iraq and deprived of a holiday sabbatical at Mar-a-Lago.

This was an effort to elevate Pelosi. To show the public that once Democrats seize the majority on Thursday, Pelosi will be back and is “part of the problem.” One Republican congressman said the tactic was to ensure “she owns part of the shutdown.”

Most congressional Republicans couldn’t tell you where McConnell or Ryan or McCarthy were during the holidays. Some even criticized Pelosi for being away when they were on vacation themselves.

But as Rush sings in the song "Freewill," “blame is better to give than receive.”

That’s certainly the case in Washington.

On Monday, House Democrats released a two-pronged plan to reopen the government and address the seven outstanding appropriations bills. House Democratic leaders say they will approve a package of six new spending bills to fund much of the federal government through Sept. 30, the end of the fiscal year. The amalgam of bills reflect work Senate appropriators already completed. In fact, the Senate already OK'd a couple of these bills on the floor.

A second package would fund the Department of Homeland Security (DHS) at existing levels through Feb. 8.

“This will provide some breathing room on border security,” said one House Democratic source familiar with the plan.

House Democrats will undoubtedly pass these measures Thursday. Cleaving DHS spending from the other six appropriations helps Democrats apply pressure on Trump and GOPers. Democrats hope Republicans will be hard-pressed to oppose a package to fund the rest of government while isolating the wall fight.

Don’t forget that the Senate already passed DHS funding through Feb. 8 in the bill it cleared by voice vote two weeks ago. Democrats think they have a winning issue when they couple that with legislation to which the Senate previously agreed.

But most view this gambit as dead in the water.

Naturally, Democrats bequeathed this the “Trump Shutdown” since the President told Pelosi and Sen. Chuck Schumer, D-N.Y., that he’d happily take the blame a few weeks ago. Republicans and the president prefer the more alliterative moniker “Schumer Shutdown.” But with Pelosi ascending to the speakership, Republicans are happy to project blame onto her.

That said, Fox News is told that senior White House officials also believe Pelosi is more willing to cut a deal than Schumer.

Trump blistered Pelosi, Schumer and Democrats over their absences from Washington, beseeching them to address the shutdown. But there have been no negotiations since the Saturday before Christmas, when Vice President Mike Pence and Acting Chief of Staff Mick Mulvaney met separately with Schumer and McConnell at the Capitol. After Democrats announced their approach to fully reopen the government, Mr. Trump characterized the legislation as “cute.”

The partial shutdown hasn’t been “real” on Capitol Hill yet. That all changes Thursday afternoon as Trump enters a new reality with Democrats running the House. He can blast and blame all he wants. Protests will start on Capitol Hill. Post-holiday public opinion polls will come into focus. The decibel level will rise as the debate intensifies. Federal workers off the job -- or on the job with no pay -- will become more desperate.

There is lots of blame to go around in Washington -- for those still in Congress or leaving.

Even supporters of Paul Ryan, happy about the $5 billion package to fund the wall and avoid the shutdown, note that he did nothing to solve this crisis in his final days as speaker. They pointed to Ryan’s final round of hagiography, punctuated by the speaker’s farewell addresses at the Library of Congress just before the shutdown. Ryan’s valedictory and numerous goodbye videos rubbed many rank-and-file Republicans the wrong way – especially those vanquished in November. After all, the GOP just lost control of the House. In Ryan’s final official speech, he expressed regret for a host of policy goals he leaves unfinished, ranging from tackling the debt to immigration reform.

“It’s too bad he never held a position of power around here,” chirped one disgruntled House Republican who asked not to be identified.

There’s lots of blame in Washington now. And blame is better to give than receive.

But if the shutdown continues much longer, everyone will blame everyone else.