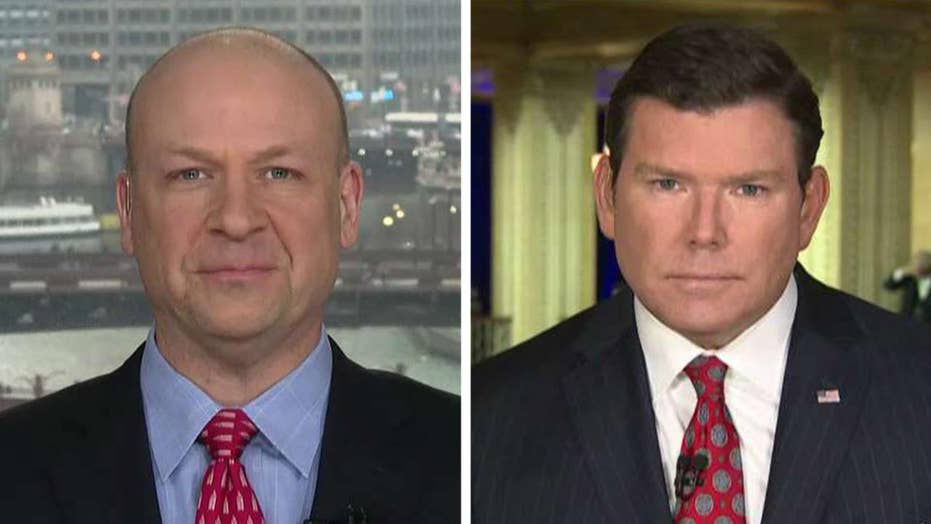 President Trump is backtracking on his threat to shut down the U.S.-Mexico border over the rising humanitarian crisis and is attempting to develop a “Plan B,” Axios national political reporter Jonathan Swan said Thursday.

There was plenty of outcry last week when Trump threatened to close the border if Mexico failed to crack down on migrants heading toward the U.S. Some within the GOP and the Trump administration feared such a move would negatively impact trade as well as the U.S. economy.

During Thursday's All-Star panel segment of Fox News' "Special Report with Bret Baier," Swan -- along with Real Clear Politics founder Tom Bevan -- weighed in on the messy debate over immigration and the ongoing border crisis.

Swan began by saying that President Trump was “trying to formulate a Plan B” after his closest advisers told him a border shutdown would likely backfire.

“Trump doesn’t want to do anything in the year-and-a-half now before his reelection that’s going to hammer the stock markets or have a dampening effect on economic growth. So I think you’re seeing him recalibrate.” Swan told the panel.

“Trump doesn’t want to do anything in the year-and-a-half now before his reelection that’s going to hammer the stock markets or have a dampening effect on economic growth. So I think you’re seeing him recalibrate.”

Bevan insisted that immigration was going to be a major issue in 2020 and expressed his astonishment that some former Obama officials are now declaring that there is a crisis at the border.

“There’s nothing going on in Congress on immigration and Democrats who are running for president in 2020 are talking about just the opposite,” Bevan said. “You’ve got Beto [O'Rourke] talking about tearing down walls. You’ve got Julián Castro talking about decriminalizing crossing the border, so this is an issue that Trump obviously wants to solve, it’s an important issue for his base.

"He’s gonna keep it front and center though, as he heads into 2020 because it’s an issue that I think, quite frankly, probably works for him, given who he going to be running against and their positions.”