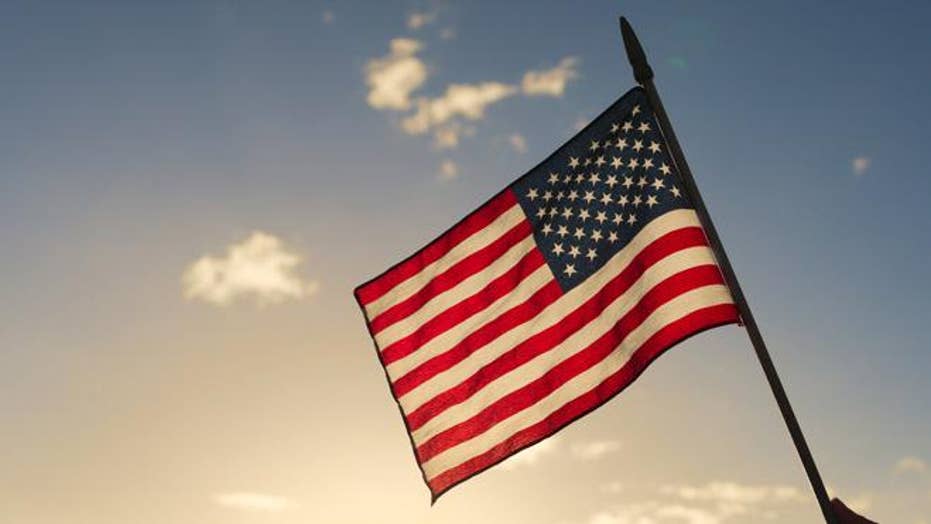 Army vet about to go on trial for posting American flags

Strategy Room: Leslie Marshall and Katrina Pierson give their take on the controversial case

A 74-year-old U.S. Army veteran is set to go on trial next month for the ‘crime’ of posting two American flags on the fence of a Los Angeles VA facility -- and the Justice Department is facing calls to drop the case.

The criminal prosecution of Robert Rosebrock dates back to charges filed under the Obama administration, but conservative group Judicial Watch is hoping new Attorney General Jeff Sessions will take a second look.

“Frankly, President Trump should ask why the VA and his Justice Department are trying to jail this American patriot,” Judicial Watch President Tom Fitton said in a statement. His group is now representing Rosebrock.

“The federal government’s pursuit of these vindictive charges against Mr. Rosebrock is mind-blowing,” he added.

Judicial Watch Director of Litigation Paul Orfanedes confirmed to Fox News they have reached out to Sessions with a request to intervene before the scheduled March 7 trial.

Rosebrock is facing one criminal charge for displaying an American flag without permission on the fence outside the Greater Los Angeles Veterans Affairs (GLAVA) facility during a protest of the VA’s treatment of homeless veterans.

The charge is related to a 1973 VA regulation that prohibits individuals from posting materials or placards on VA property except when authorized by the head of the VA facility or a designee.

Rosebrock faces a criminal count of violating that policy during a protest last Memorial Day and on June 12, 2016. In the second incident, Rosebrock was not even the individual who posted the flag. Orfanedes told Fox News the reason why the police chose to enforce the policy on those days remains unclear.

Rosebrock is facing an two additional counts for allegedly taking unauthorized photos of a VA police officer on Memorial Day and during the second protest when conservative activist Ted Hayes was handcuffed and detained. Hayes is not being prosecuted.

Rosebrock, who served in the Army from 1965 to 1967, pleaded not guilty but faces up to six months in prison if found guilty.

Neither the Justice Department nor the Department of Veterans Affairs returned calls seeking comment.

The roots of the unusual case date back almost a decade, when Rosebrock held his first protest. Every Sunday since March 2008, Rosebrock and other veterans have placed flags on the fence as a means of drawing attention to what they allege is VA mistreatment of homeless vets.

For almost 66 weeks, he and other veterans placed their flags on the fences without any interference from police. It was only after some of the protesters started hanging the flag upside-down that the police became involved.

Starting in June 2009, they began issuing citations for “unauthorized demonstration or service in a national cemetery or on other VA property,” according to the ACLU of Los Angeles, which represented him in a 2010 First Amendment lawsuit.

In May 2011, U.S. District Judge S. James Otero found the VA had violated Rosebrock’s First Amendment rights, and the VA eventually dismissed the citations against him.

While it would not grant him any damages, the 9th Circuit Court determined that VA enforcement only began “when protestors hung the American flag union down on the fence.” Orfanedes said the protesters haven't hung the flag upside-down since 2010.

Although the VA may view Rosebrock and his fellow vets to be a nuisance, the attention on the VA's management of the Los Angeles properties has led to change.

For example, the ACLU of Southern California also filed a lawsuit in 2011 alleging the VA had illegally leased land, including to UCLA for its baseball stadium and to a parking service. The VA eventually settled in 2015 and subsequently unveiled a plan to improve its management of the Los Angeles campus.