The U.S.-Mexico border remains closed because of the pandemic, but hundreds of migrants are still heading in waves to our southern borders. It’s now leaving several communities on edge, including in Nogales, Arizona.

EXCLUSIVE: Arizona and Montana are suing to block the Biden administration’s new immigration rules that would dramatically narrow the number of illegal immigrants targeted for arrest and deportation -- arguing the policies would have devastating consequences for their states.

Arizona Attorney General Mark Brnovich announced he has amended a lawsuit that had initially challenged the administration’s attempt to impose a 100-day moratorium on deportations.

That pause was blocked by a judge in response to a lawsuit by Texas after the state argued the policy was in breach of an agreement made in the final days of the Trump administration with the Department of Homeland Security (DHS) that border states would be consulted before significant changes to border policy.

With that deportation pause blocked, the lawsuit has been amended to focus on interim guidance that Immigration and Customs Enforcement (ICE) issued last month.

That guidance, issued in February, tells Immigration and Customs Enforcement (ICE) officers to focus on three narrow categories for arrest and deportation: those who pose a threat to national security; those who have crossed the border since Nov. 1, and those who committed "aggravated felonies."

"If asked about the poorest policy choice I’ve ever seen in government, this would be a strong contender," Brnovich said in a statement. "Blindly releasing thousands of people, including convicted criminals and those who may be spreading COVID-19 into our state, is both unconscionable and a violation of federal law. This must be stopped now to avoid a dangerous humanitarian crisis for the immigrants and the people of Arizona."

Montana Attorney General Austin Knudsen has also joined the Arizona lawsuit, and both states have filed a motion for a preliminary injunction to block the policy from going into effect as the case is heard. 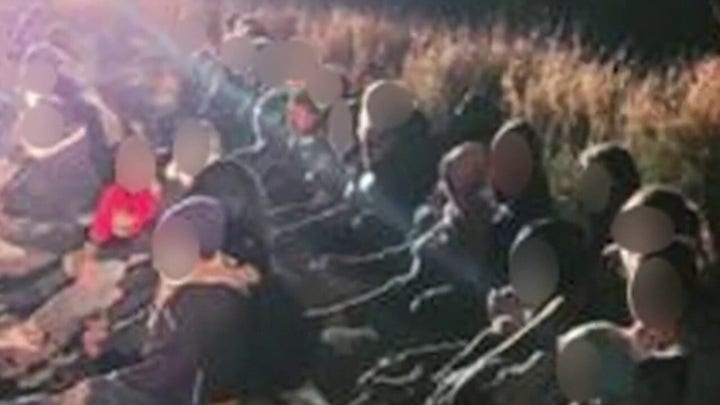 Administration officials said the guidance does not explicitly prevent anyone from being arrested or deported. Instead, it directs resources at certain targets. However, field officers seeking to arrest someone outside of those three categories would need approval from their chain of command. It is expected to lead to a significant decrease in arrests and deportations.

"By focusing our limited resources on cases that present threats to national security, border security, and public safety, our agency will more ably and effectively execute its law enforcement mission," ICE acting Director Tae Johnson said in a statement.

The two states have alleged that it is an effort to achieve the same results as the now-blocked moratorium -- arguing that deportation moratorium would have made similar exclusions. They also argue that it would lead to an increase in criminals, drugs and COVID-19 in their states and is in violation of federal law.

"Meth trafficked into Montana by Mexican drug cartels has wracked our state. The problem will only be made worse if the Biden administration continues to allow criminals to stay in the country," Montana Attorney General Austin Knudsen said in a statement. "Enforcing our immigration laws and helping to keep Americans safe is one of the federal government’s most important functions. The Biden administration is failing its basic responsibility to Americans."

The complaint alleges that the effect of such policies will lead to an increase in healthcare and law enforcement costs among other harms to border states like Arizona -- as well as an increase in illegal immigration.

"The Removal Moratorium will directly increase the number of aliens with final orders of removal who remain in Arizona because they will not have been removed by DHS," the request for an injunction says. "Additionally, knowledge that DHS has issued a blanket moratorium on removals will encourage additional unauthorized immigration to Arizona, and this increase in population will increase Arizona’s incurred law enforcement and healthcare services costs related to them."

The suit includes declarations from law enforcement officials and others who claim that the states will be harmed by the new policies.

The lawsuit is the latest pushback by Republican states against a dramatic liberalization in border and immigration policy by the Biden administration since taking office -- which has coincided with a dramatic surge in migrants at the border.

The administration has been opening processing centers and other facilities to cope with the increase in family united and unaccompanied minors crossing into the U.S.

Texas Gov. Greg Abbott last week rejected a proposal by the Biden administration to test and quarantine migrants for COVID-19 before they are released into the interior -- after it emerged that more than a hundred migrants who tested positive have been released.

"Instead of doing their job, the Biden Administration suggested it did not have the sufficient resources and, remarkably, asked Texas to assist them in aiding their illegal immigration program. Texas refused," Abbott said in a statement. 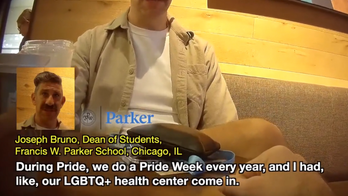