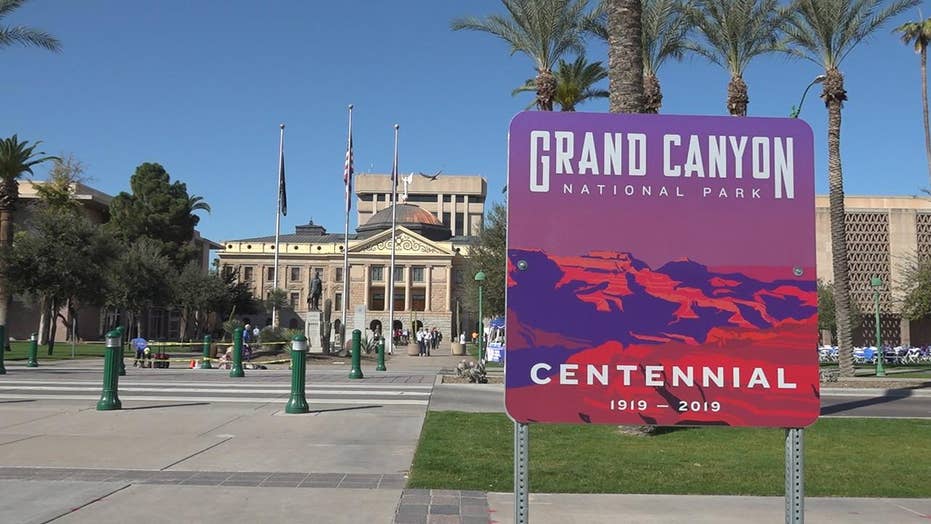 A controversial new bill has been proposed in Arizona. If passed HB 2706 would ban transgender girls from competing on school sports teams. It’s something several states are currently debating as well.

Republicans in Arizona are pushing a bill that would ban transgender girls from competing on girls' school sports teams, a measure other states are also debating and which has drawn fierce opposition from LGBTQ advocates.

“Males should participate with males and compete against males and females should compete against females,” Arizona state Rep. Nancy Barto, a Republican, told Fox News. “There are only two sexes and no matter how many cross sex hormones you pump into somebody it does not level the playing field. So males are born males. You can’t change your DNA.”

Barto proposed HB 2706 -- the "Save Women’s Sports Act" -- and it has gained strong support from fellow Republicans.

“Recent research actually verifies that even with cross sex hormones men have an unequivocal advantage. They have stronger bones they’ve got greater lung capacity,” Barto said.

Barto argued the bill would bring fairness to women's sports. If passed, it would apply to women’s teams across public and private schools, colleges and universities. She said the bill focuses on protecting women’s sports and does not include transgender athletes who identify as male.

HB 2706 stated: "Athletic teams or sports designated for females, women, or girls may not be open to students of the male sex."

“The 'Save Women’s Sports Act' is meant to make sure that women playing sports in Arizona have a level playing field to do so," said Barto.

The bill has faced intense resistance, including from the ACLU of Arizona, which told Fox News it strongly opposes the measure.

“It is trying to isolate, stigmatize and exclude transgender youth from sports, which is something healthy that we should encourage for all kids and second there are major privacy concerns where any girl of any age that participates in sports whether it’s rec. or school sports could be bullied under this bill and an accusation could come up that she’s too good that she must be a man,” said Amanda Parris, the policy counsel for the ACLU of Arizona.

Those in opposition have hosted rallies outside the Arizona state Capitol.

“No child is going to be treated differently just because of who they are,” said Arizona Democratic state Rep. Daniel Hernandez.

Transgender students were also at Thursday's rally, addressing a crowd of supporters and media.

“I would like everyone listening to please step into my shoes for one moment and try to imagine what it’s like to be forced against your will to have someone look in your pants just to play a sport,” said one attendee, Marilyn Morrison.

HB 2706 would require any athlete in question to provide a doctor's note confirming their biological sex.

Several parents of transgender athletes were contacted by Fox News. Many of them also testified against the bill as it was being debated.

“To put my kid in a position to be bullied, ridiculed, ostracized, physical violence -- the psychological effect of that is unacceptable,” said parent Amy Czyz.

One parent -- who asked to remain anonymous -- told Fox News her child "plays on girls teams and she’s just one of the girls, she has no advantage over anybody out there. ... If she was forced to play with boys she wouldn’t want to play anymore. ... You can imagine it’s tough."

The bill is moving fast. Barto claims a majority of Arizonans support her point of view.

“Transgender people are now allowed by their interscholastic sports association to compete with them and they’re running away with the titles so basically the girls are sidelined in their own sport,” said Barto. "Sixty percent of Arizonans strongly support women competing against women and males against males."

HB 2706 has already passed through committee and caucus with partisan support. Lawmakers are planning to debate this bill next week on the state House floor.