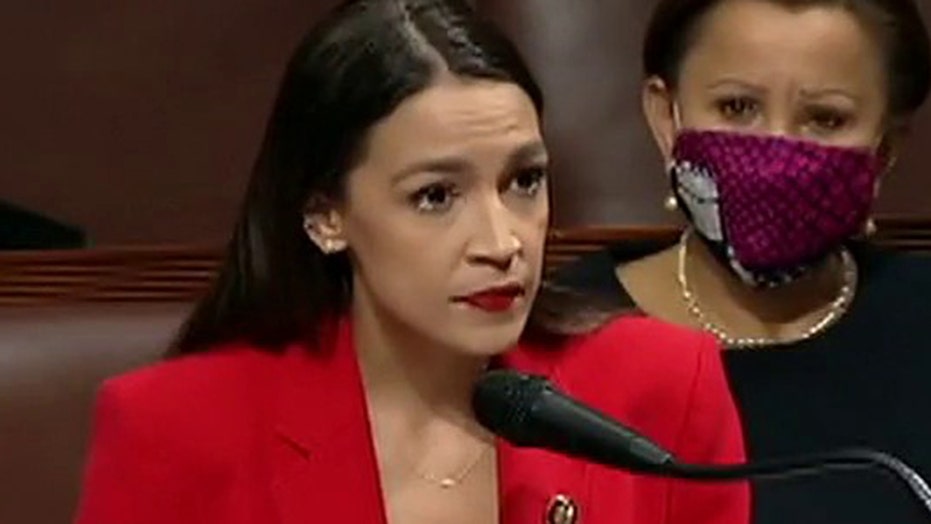 In a 292-126 vote Thursday night, the U.S. House rejected an amendment by U.S. Rep. Alexandria Ocasio-Cortez, D-N.Y., that would have placed limits on U.S. military recruitment ads, according to a report.

The more than 2-to-1 defeat of the Democrat’s plan means the military may continue posting recruitment ads on Twitch, a streaming platform popular with online gamers.

Earlier Thursday on Twitter, Ocasio-Cortez made an appeal to convince lawmakers to back her proposal.

“War is not a game,” she wrote. “Twitch is a popular platform for children FAR under the age of military recruitment rules. We should not conflate military service with ‘shoot-em-up’ style games and contests.

“The Marines pulled out of Twitch for a reason,” she added. It’s time to follow their lead.”

The Army, Navy, Air Force and National Guard all participate in sponsorships and partnerships in the world of so-called “e-sports,” The ESports Observer reported.

But the Marine Corps and the Coast Guard do not. In May, Military.com cited a 2019 Marine Corps recruiting document that was submitted to the Defense Advisory Committee on Women in the Services.

“The national marketing brand strategy does not include future plans to establish eSports teams or create branded games,” the Marine Corps wrote. “This is due in part to the belief that the brand and issues associated with combat are too serious to be ‘gamified’ in a responsible manner.”

The same report noted, however, that in January the Marines launched an Academic Excellence Program in association with Esports Stadium in Arlington, Texas, that offers free game time to high-achieving high school and college students.

Marine Corps recruiters have also attended esports tournaments – signaling at least some contact with an activity that attracts 72 percent of men and 49 percent of women between ages 18 and 29, Military.com reported.

After Thursday’s vote, Ocasio-Cortez returned to Twitter to put a positive spin on the outcome.

“The good news: a majority of the Dem party supported this amendment,” she wrote. “That’s really a solid start for this being the first time this issue has been brought before Congress.”

Thirteen House members did not vote on the amendment, The ESports Observer reported.