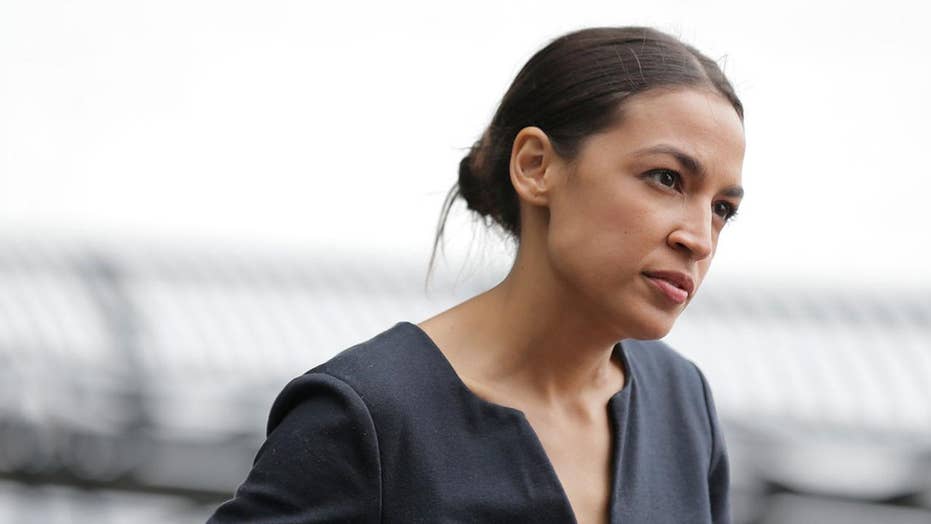 Rep. Alexandria Ocasio-Cortez, D-N.Y., tweeted Wednesday that the U.S. government should consider "emergency measures" — presumably to help fight the coronavirus pandemic — before listing several policies that she has been advocating throughout her time in Congress.

The tweet was an apparent effort to suggest that these measures are not only policies that progressives like, but that could help limit the hardship Americans suffer during emergencies.

Ocasio-Cortez, who endorsed Vermont Sen. Bernie Sanders for president, has supported "Medicare-for-all;" introduced legislation to make it harder for landlords to evict unlawful tenants; thanked former presidential candidate Andrew Yang for bringing the debate about a universal basic income (UBI) into the mainstream; and has blasted President Trump for a plan to add work requirements to SNAP (food stamps).

On Tuesday night, she talked about the need to pursue "decarceral" policies – i.e. criminal justice reform – on an Instagram Live video.

In a follow-up tweet, Ocasio-Cortez noted that some of her followers were mentioning unemployment insurance as a possible solution to help Americans who lose their jobs as a result of the coronavirus-related economic downturn. However, she said, such a move is "not nearly enough."

She continued: "There are enormous sectors of our economy (tipped workers, freelance, shift workers) who may not be 'unemployed' but whose lives are still dramatically disrupted to the point of eviction, etc."

Ocasio-Cortez's suggestions come as House Democrats release the text of a second coronavirus-related bill and as President Trump banned travel from Europe to the United States. As the coronavirus has spread further in the United States, it has led entities from the NBA to public schools to cancel events for fear of spreading the disease.