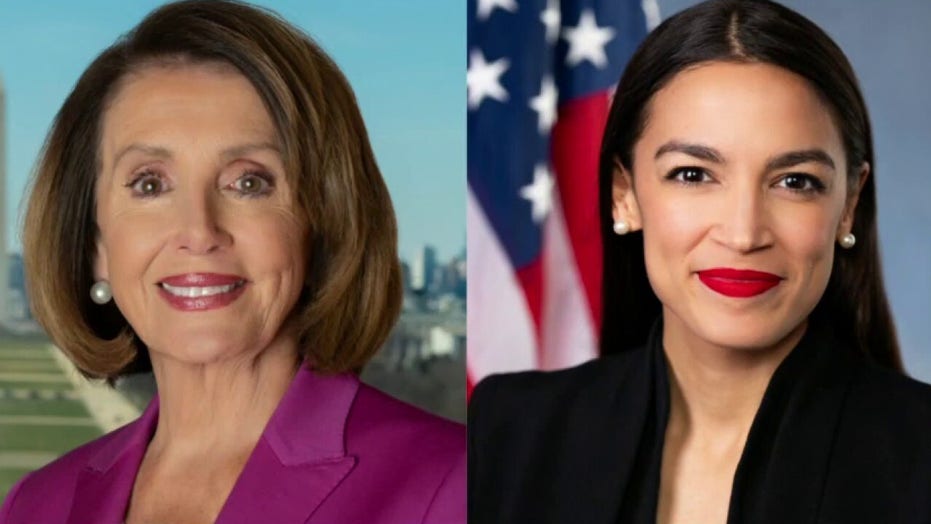 Rep. Alexandria Ocasio-Cortez said Friday that the target audience for the Democratic National Convention this week was “white moderates” and that the Democratic Party could have done more to cater to the party’s base.

“Do I agree with centering the programming on that audience? Not necessarily. I think we could have done more to rally turnout enthusiasm from our party’s base.”

She also criticized a top Biden adviser Thursday who told the Wall Street Journal that government spending in a Biden administration may be limited due to ballooning deficits under President Trump.

"We need massive investment in our country or it will fall apart. This is not a joke. To adopt GOP deficit-hawking now, when millions of lives are at stake, is utterly irresponsible," she tweeted Thursday.

Ocasio-Cortez was given a one-minute speaking slot at the convention, which she used for a pre-recorded address nominating Sen. Bernie Sanders, I-V.t., for President. Despite the speech, she supports Democratic presidential candidate Joe Biden in the upcoming election.

Sanders also said this week that the convention should have featured more progressive voices.

"They should have had more progressives speaking, giving them speaking spots,” he told Washington Post Live in a virtual interview Thursday. “If your question is, 'Should progressives, Alexandria and others, receive more time?' Yes, I do think so, absolutely.”

Progressive leaders, like Sanders and Massachusetts Sen. Elizabeth Warren, were given speaking time during the convention, but they were overshadowed by more moderate, establishment figures of the Democratic Party.

The convention even featured some high-profile Republican critics of President Trump, such as former Ohio Governor John Kasich and former Secretary of State Colin Powell, in an attempt to showcase Biden’s appeal to voters.

Despite the critique, Ocasio-Cortez praised organizers of the event for pulling off the first-ever remote convention.

"I can also respect that the folks who won the nomination get to call the shots," she wrote on Instagram.

According to the latest Fox News poll, Biden currently has a 49-42% lead over President Donald Trump. That leaves 9% of voters who are either undecided or back a third-party candidate.