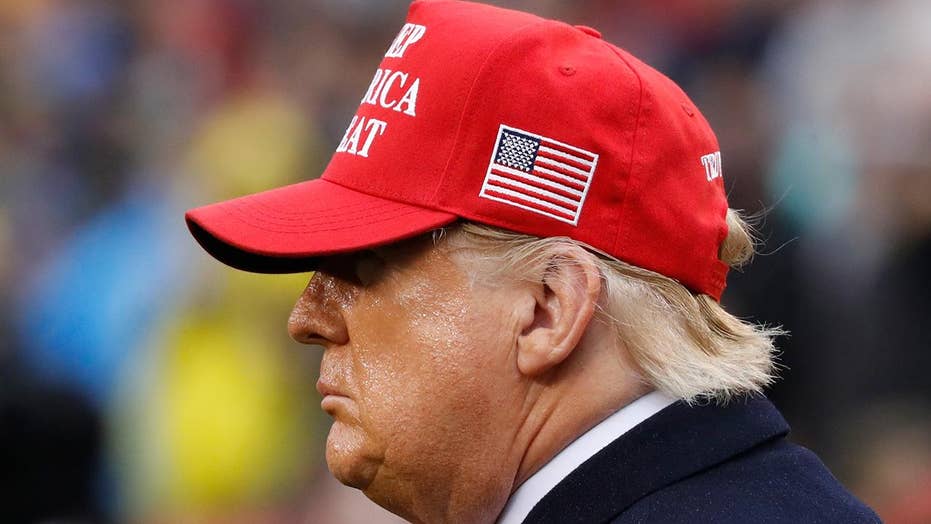 President Trump said Monday he looks “very much forward” to debating his eventual Democratic challenger in 2020 but suggested he may bypass debates sponsored by the non-partisan Commission on Presidential Debates – which has organized presidential general election debates for more than 30 years.

Trump argued in a series of tweets that as president, the general election "debates are up to me" and "there are many options, including doing them directly & avoiding the nasty politics of this very biased Commission."

He added, "I will make a decision at an appropriate time."

Still, he tweeted: “I look very much forward to debating whoever the lucky person is who stumbles across the finish line in the little watched Do Nothing Democrat Debates.”

The first two rounds of Democratic nomination debates scored healthy ratings, but the numbers have declined this autumn.

Trump also tweeted that, “My record is so good on the Economy and all else, including debating, that perhaps I would consider more than 3 debates.”

The president’s tweets appear to be in response to a report from the New York Times last week that Trump was talking with aides about skipping out on the debates because of his mistrust of the commission.

“The problem is that the so-called Commission on Presidential Debates is stacked with Trump Haters & Never Trumpers. 3 years ago they were forced to publicly apologize for modulating my microphone in the first debate against Crooked Hillary,” Trump tweeted on Monday.

Trump was referring to a problem with his microphone during his face-off in the September 2016 debate against Democratic nominee Hillary Clinton. In the spin room following the showdown and in an interview with Fox News, Trump complained to reporters that his mic was “defective” and questioned whether the malfunction was “on purpose.”

Following the debate, the commission issued a short statement saying, “Regarding the first debate, there were issues regarding Donald Trump’s audio that affected the sound level in the debate hall.”

Monday’s tweet was at least the second time this year he’s referenced the three-year old debate incident and blamed the commission. Such attacks are popular with Trump’s base.

Fox News reached out to the commission but they declined to comment on the president’s tweets.

In October, the commission announced the dates and locations for the four 2020 debates.