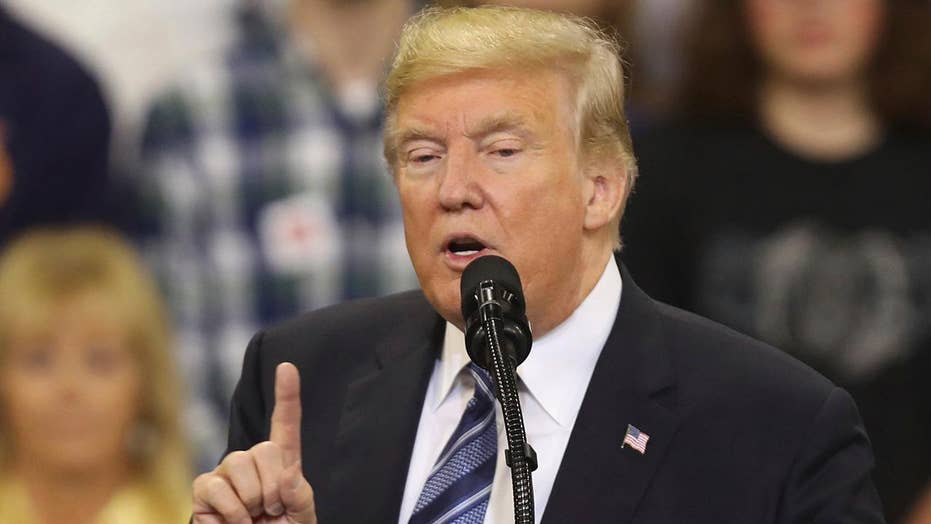 An anonymous anti-Trump opinion column published by The New York Times has managed to unite the president's supporters and critics, journalism watchdogs, pundits and scholars — who all seem to agree the piece wrapped neither its author nor the "paper of record" in glory.

Published Wednesday under the headline, “I Am Part of the Resistance Inside the Trump Administration,” the column claimed Trump administration staffers are “working diligently from within to frustrate parts of his agenda and his worst inclinations.”

Critics say the piece is a breach by the Times of journalism ethics and Trump supporters say it justifies the president’s ongoing paranoia about the treachery of what he likes to call "The Swamp.”

“By publishing the anonymous Op-Ed, the Times became complicit in its own corruption.”

“Trust in national media outlets like The New York Times is significantly lower than trust in local media… This Op-Ed will certainly exacerbate the gulf in trust between national and local,” McBride wrote.

McBride said it’s “debatable” whether or not the story was important enough to be published anonymously and pointed out “spicy claims” that would typically require evidence.

“If this had been a news story, we would have insisted on more details,” she wrote. “It would be helpful if the Times disclosed whether and how it vetted the writer's claims.”

“It would be helpful if the Times disclosed whether and how it vetted the writer's claims.”

DePauw University professor and media analyst Jeffrey McCall told Fox News that it’s extremely unusual for any newspaper to let an anonymous source post an op-ed or even letter to the editor.

“That's because news organizations normally feel people who want to speak out should have to take ownership of their viewpoints. Further, it protects the news organizations from possible claims that the comments are concocted,” McCall said. “The Times steered from this established practice and the rationale is not all that clear.”

Trump branded the op-ed as treason and many of his surrogates and supporters have condemned the paper for running it.

Former Bush Press Secretary Ari Fleischer called the op-ed “deceitful and selfish,” while ex-Speaker of the House Newt Gingrich said it was “the most stunning proof we have seen so far of the liberal media’s aggressive bias and the very real efforts by parts of the institutional establishment to undermine President Trump, the U.S. Constitution and the will of the American people.”

It was predictable that Trump supporters and champions of journalism ethics would criticize the controversial op-ed. But even members of the progressive left have taken aim at the Times and the anonymous author.

“What I see is an anonymous Op-Ed by a person who wishes to rebrand from enabler to patriots... I don’t believe that should be possible."

The Washington Post’s Erik Wemple called the op-ed “gutless,” and said it old news that was simply repackaged — presumably written by someone who helped Trump get elected in the first place.

“What I see is an anonymous Op-Ed by a person who wishes to rebrand from enabler to patriot,” Wemple said. “I don’t believe that should be possible."

“Are they a hero? I don’t see why they would be called that,” Cuomo said.

Cuomo also criticized the Times for proclaiming that publishing the Op-Ed anonymously helps deliver an “important perspective” to readers.

“What did the Op-Ed do that wasn’t done by the Woodward book? Being anonymous carries the same suspicion in either case,” Cuomo said, referring to Watergate legend Bob Woodward’s controversial “Fear.”

CNN’s “Reliable Sources” newsletter listed unanswered questions pertaining to the Op-Ed, such as whether or not the paper’s reporters are “free to ferret out the source” that the Times’ editorial board is trying so hard to protect. The paper declined comment.

Anti-Trump talk show host Stephen Colbert called the piece “confusing” and poked fun at the author during his monologue on Thursday night.

“If you’re inside the White House, pretending to be loyal to the president, but secretly thwarting the president to protect the rest of us from him, why would you tell us? Now he’ll try to stop you,” Colbert said.

The prestigious New Yorker called it “a ploy by someone who wants to distance himself from what he perceives to be an imperiled Administration, while capitalizing on whatever credibility and popularity the Presidency still retains.” The magazine’s Masha Gessen feels the Op-Ed wasn’t newsworthy, but the decision to publish it is.

“An anonymous person or persons cannot govern for the people, because the people do not know who is governing,” Gessen wrote. “The Times, however, does know who the person is, which also changes the position the newspaper occupies in this democracy… the paper forfeits the job of holding power to account.”

Gessen added, “By publishing the anonymous Op-Ed, the Times became complicit in its own corruption.”