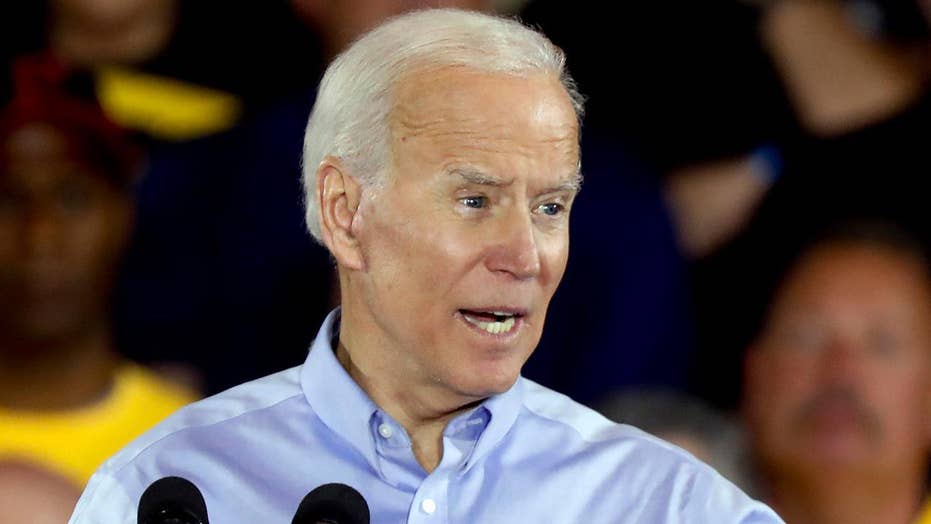 Anita Hill took aim at Joe Biden once again Thursday, arguing that the #MeToo movement against sexual misconduct might have begun sooner if the Democratic Party's 2020 front-runner would have done a better job of handling her claims of sexual harassment against Supreme Court Justice Clarence Thomas more than 30 years ago.

Writing in the New York Times, Hill slammed the former vice president and U.S. senator from Delaware, who was chairman of the Senate Judiciary Committee in 1991 when Hill accused Thomas of sexual harassment during his Supreme Court confirmation process.

JILL BIDEN: 'IT'S TIME TO MOVE ON' FROM THE ANITA HILL CONTROVERSY

“If the Senate Judiciary Committee, led then by Mr. Biden, had done its job and held a hearing that showed that its members understood the seriousness of sexual harassment and other forms of sexual violence, the cultural shift we saw in 2017 after #MeToo might have began [sic] in 1991 — with the support of the government,” Hill, who is now a professor at Brandeis University, wrote.

“If the government had shown that it would treat survivors with dignity and listen to women, it could have had a ripple effect,” Hill continued in the Times piece, which was titled, "Let's Talk About How to End Sexual Violence." “Instead, far too many survivors kept their stories hidden for years.”

Biden officially announced his bid for the 2020 presidency in April. During a private phone call with Hill beforehand, he reportedly expressed regret over how she was treated during the Thomas confirmation hearings but fell short of apologizing for his own actions.

“Sexual violence is a national crisis that requires a national solution. We miss that point if we end the discussion at whether I should forgive Mr. Biden,” Hill continued in her piece. “This crisis calls for all leaders to step up and say: 'The healing from sexual violence must begin now. I will take up that challenge.'”

In an interview with "The View" after announcing his 2020 candidacy, Biden denied ever treating Hill badly during the 1991 hearings and praised the professor for her contributions toward #MeToo.

Biden himself has not been accused of sexual harassment but since announcing his candidacy he has received backlash for being overly touchy with women and girls over the years.