President Trump nominated Barrett, a judge on the 7th Circuit Court of Appeals, on Saturday to fill the Supreme Court seat vacated by the death of Justice Ruth Bader Ginsburg.

But, with the conservative anti-abortion judge lined up to replace the liberal trailblazer, she is likely to face a tough confirmation process from Democrats. The resolution notes that in her 2017 confirmation hearing to the appeals court, she faced attacks over the role her Catholic faith played in her rulings.

The Biggs resolution says Barrett “has faced unwarranted attacks on her constitutional right to exercise her religious faith” and also points to Sen. Mazie Hirono, D-Hawaii, who recently said Barrett’s religious beliefs would not be off-limits in the confirmation hearing.

Additionally, it notes recent media headlines that have sought to make a comparison to the group People of Praise, to which Barrett belongs, and the totalitarian nightmare found in the pages of the fictional “The Handmaid’s Tale."

The resolution also condemns attacks Barrett has faced over her family -- she is a mother of seven, including two adopted children from Haiti. It notes tweets such as those from author Ibram X. Kendi who tweeted that “some White colonizers ‘adopted’ Black children” and used them as “props in their lifelong pictures of denial, while cutting the biological parents of these children out of the picture of humanity.” Others had asked if Barrett is able to be a Supreme Court justice and a loving parent of seven children.

The resolution also says Barrett has faced "increasingly vicious attacks on her character" and points to songwriter Diane Warren, who said Barrett was a hybrid of Aunt Lydia, a character in "The Handmaid’s Tale," and a Stepford wife. 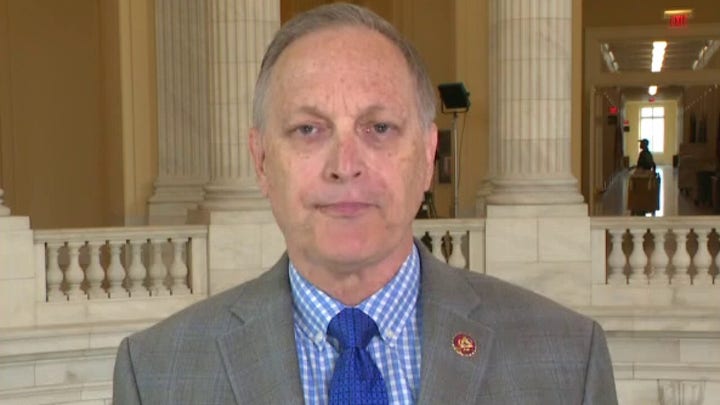 Confirmation hearings in the Senate Judiciary Committee are expected to begin on Oct. 12, possibly leading to a vote in the full Senate at the end of October.

Republicans are expected to have the votes to confirm Barrett without any votes from Democrats -- who have objected to the timing of the nomination, due to its closeness to the Nov. 3 election.