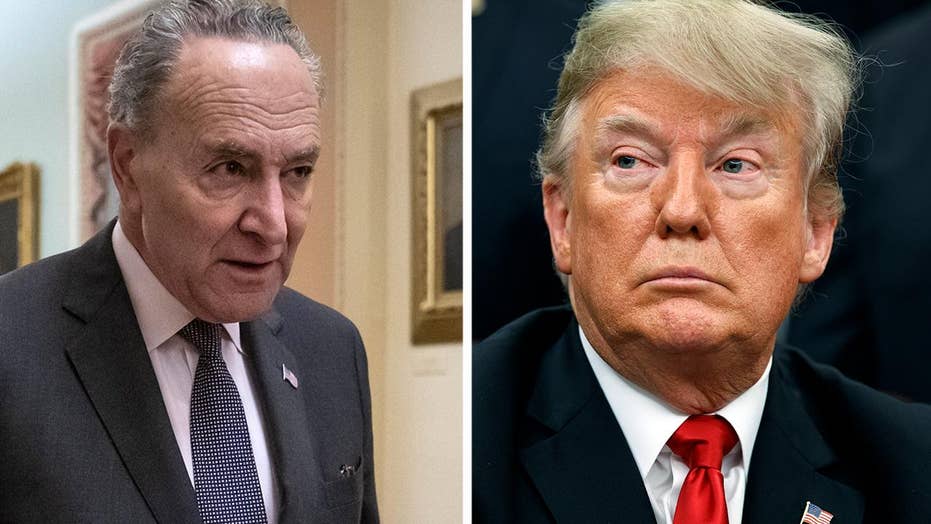 Partial shutdown continues through Christmas as Schumer calls on Trump to abandon wall, neither side willing to budge

With no compromise in sight to end the partial government shutdown, President Trump on Monday urged Democratic leaders to "make a deal" on border security -- while those lawmakers countered that mixed messages from the White House are "making it impossible to know where they stand."

The back-and-forth on Christmas Eve signaled a stalemate likely to last through the holiday week and possibly into the new year. Trump, on a busy day of tweeting, weighed in with a social media appeal claiming he's "all alone" waiting for Democrats to return to the negotiating table.

“I am all alone (poor me) in the White House waiting for the Democrats to come back and make a deal on desperately needed Border Security,” Trump tweeted. “At some point the Democrats not wanting to make a deal will cost our Country more money than the Border Wall we are all talking about. Crazy!”

The partial government shutdown was triggered Friday at midnight, as funding lapsed for numerous agencies without a deal between the White House and Congress on Trump's request for money to build a U.S.-Mexico border wall.

While both sides are trading offers to end the stalemate, they remain far apart, and a top White House official warned the shutdown could stretch into January.

But there could be some movement. Acting White House chief of staff Mick Mulvaney, who is also the budget director, said he was waiting to hear from Senate Democratic leader Chuck Schumer about a counteroffer the White House presented Schumer over the weekend. 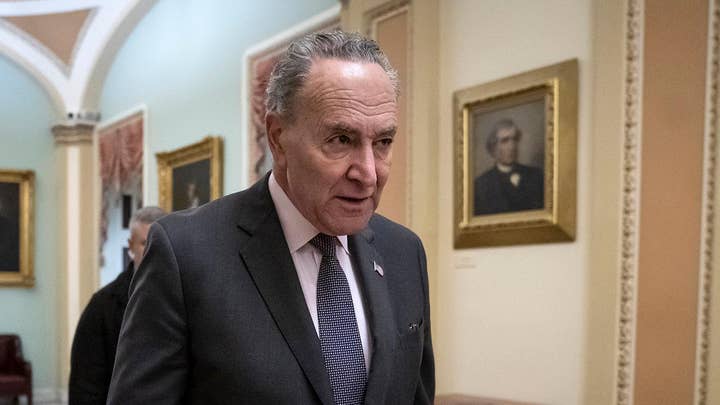 Mulvaney would only say the offer was between Trump's $5.7 billion request and the $1.3 billion Democrats have offered.

"We moved off of the five and we hope they move up from their 1.3," Mulvaney said.

A Democratic aide told the Associated Press that the offer from the White House on Saturday was $2.5 billion -- an initial $2.1 billion plus $400 million Democrats called a "slush fund" for the president's other immigration priorities.

But Democrats complained Monday that it's unclear what Trump would actually accept.

“[D]ifferent people from the same White House are saying different things about what the president would accept or not accept to end his Trump Shutdown, making it impossible to know where they stand at any given moment,” House Speaker-designate Nancy Pelosi, D-Calif., and Schumer, D-N.Y., said in a joint statement. “The president wanted the shutdown, but he seems not to know how to get himself out of it.”

Senate negotiators are continuing talks behind the scenes with Democrats and Republicans. The House and Senate gaveled into session for a few minutes on Christmas Eve before quickly closing again with no further action. 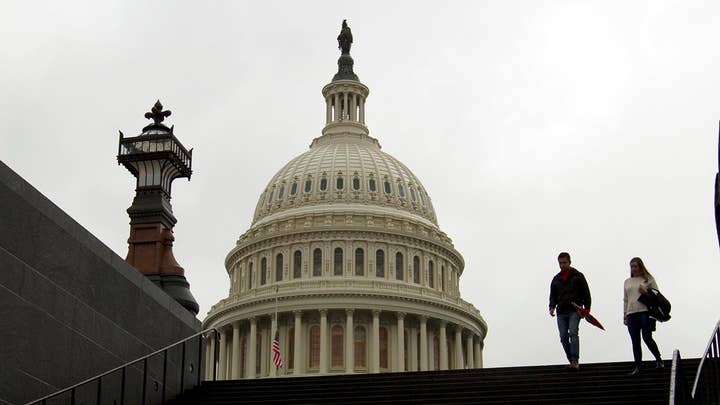 In an earlier tweet on Monday, Trump blamed the Democrats for the stalemate:

"Virtually every Democrat we are dealing with today strongly supported a Border Wall or Fence. It was only when I made it an important part of my campaign, because people and drugs were pouring into our Country unchecked, that they turned against it. Desperately needed!"

The partial government closure affects hundreds of thousands of federal workers across the country and is expected to last at least through Thursday, when the House and Senate meet again.

Monday and Tuesday, Christmas Eve and Christmas, respectively, are federal holidays, meaning the government would have been closed anyway. That means Wednesday is the first day the public could begin to feel the effects of lost government services, Mulvaney said.

Mulvaney predicted the shutdown could go into January, when Democrats assume control of the House.

"It's very possible that this shutdown will go beyond the 28th and into the new Congress," he said.

Mulvaney appeared on "Fox News Sunday" and ABC's "This Week."