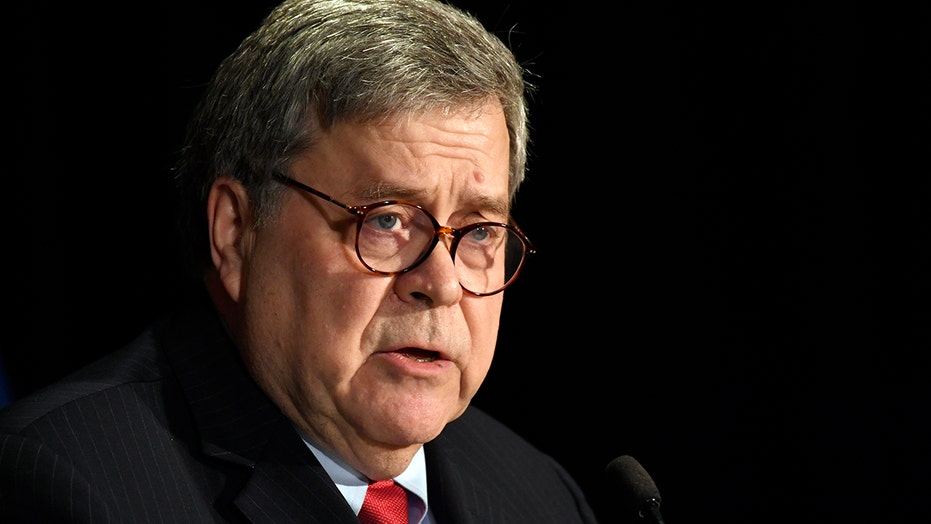 Dershowitz's claim came soon after Attorney General Bill Barr openly asked President Trump to stop tweeting about ongoing Justice Department matters, saying it made it "impossible" to do his job. Barr, who also maintained that Trump never personally intervened in a criminal matter despite Democrats' allegations, was hit last week by a letter from former DOJ officials organized by a leftwing group demanding his resignation.

"There was a lot of White House control of the Justice Department during the Kennedy administration and I don't think we saw very many liberal professors arguing against that," Dershowitz said in an interview with Breitbart News that aired Sunday on SiriusXM. "I have some information as well about the Obama administration – which will be disclosed in a lawsuit at some point, but I'm not prepared to disclose it now – about how President Obama personally asked the FBI to investigate somebody on behalf of George Soros, who was a close ally of his." He did not say specifically who the target might have been.

BARR PUSHES BACK AT TRUMP TWEETS IN UNEXPECTED INTERVIEW

Constitutionally, Dershowitz said, the president "could make a decision to really control the Justice Department" and decide specifically whom to prosecute and not to prosecute. The former member of Trump's impeachment defense team clarified, however, that it wouldn't be a good move.

"He shouldn't do it; it hasn't been done since Thomas Jefferson," Dershowitz said. "Thomas Jefferson did do it. We've seen this throughout our history."

Pressed on the claim that Obama pressed for an FBI probe, Dershowitz responded: "That's going to come out in a lawsuit in the near future, yeah. That is not unusual. People whisper to presidents all the time; presidents whisper to the Justice Department all the time. It's very common; it's wrong, whoever does it -- but it's common, and we shouldn't think it's unique to any particular president. I have in my possession the actual 302 [witness report] form which documents this issue and it will at the right time come out, but I'm not free to disclose it now because it's a case that's not yet been filed." 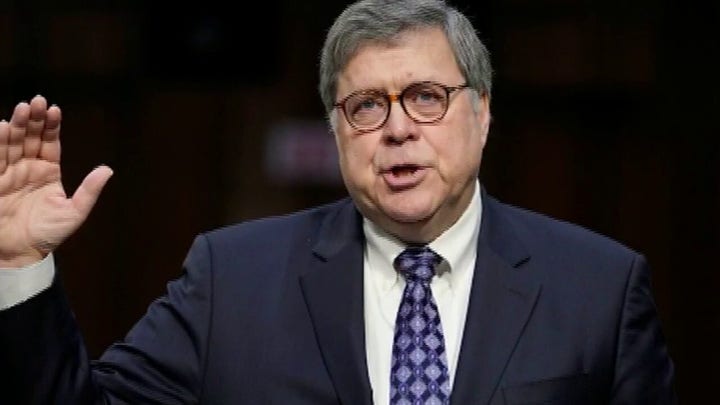 Many Democrats, meanwhile, have floated the idea of impeaching Barr, charging that the Justice Department has become too politicized. Highlighting that line of argument, The Washington Post ran an op-ed slamming Barr for acting as Trump's "wingman" -- even though former Attorney General Eric Holder explicitly identified himself as Obama's "wingman."

And, conservative commentator and Fox News contributor Mollie Hemingway pointed to a 2016 article in The Wall Street Journal, which reported that the Obama DOJ had overruled prosecutors' efforts to pursue criminal charges against HSBC Holdings PLC. Then-Attorney General Eric Holder reportedly misled Congress about the matter, saying there was an issue with evidence, when in fact the Obama administration was worried about the global economic consequences of prosecuting the bank.

For his part, Barr has defended the prosecution of former Trump advisor Roger Stone, even as he maintained that career prosecutors had made a mistake by recommending Stone serve an "excessive" sentence of up to nine years in prison.

“The Stone case was prosecuted while I was attorney general, and I supported it," Barr said last week. "I think it was established he was convicted of obstructing Congress and witness tampering. And I thought that was a righteous prosecution, and I was happy that he was convicted.”