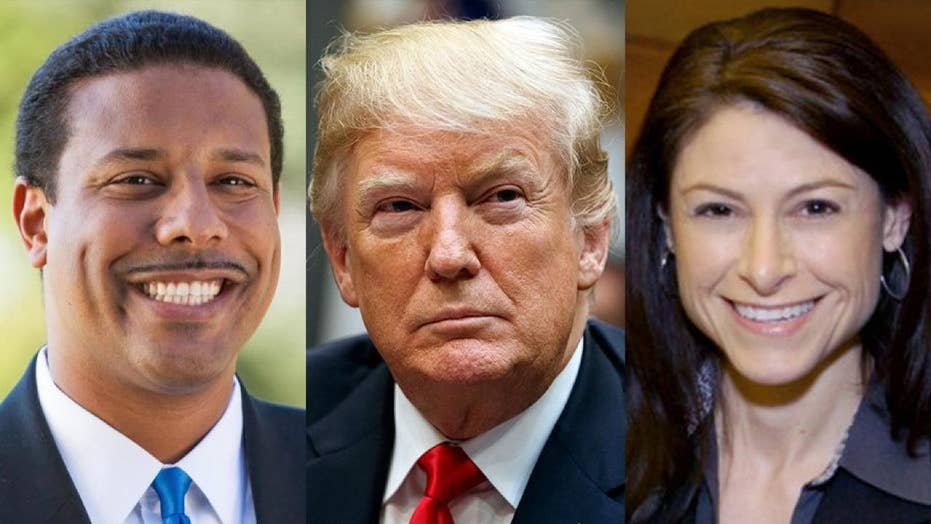 Several democratic Attorney General Candidates have vowed to band together to sue President Trump after the mid-term elections.

Democrats don’t have to win control of either chamber of Congress to jam the Trump administration’s agenda and flood the zone with investigations.

The state attorneys general races provide an opening to grow the ranks of top prosecutors already doing that. Much like GOP attorneys general buffeted the Obama administration with lawsuits challenging an array of regulations, Democratic AGs have made an industry out of taking President Trump to court. And in today's midterms, a number of candidates are campaigning to join that fight, even as these races largely fly under the radar.

Take Florida. The state hosts high-profile contests for governor and Senate, but the down-ballot race for AG features Democratic nominee Sean Shaw, a state legislator. He has vowed to join the Democratic attorneys general in Maryland and the District of Columbia—Brian Frosh and Karl Racine—in suing Trump over “emoluments,” alleging the Trump Organization’s business with foreign entities violates the Constitution and represents a financial conflict.

“The hundreds of millions of dollars in Russian shell company money that has reportedly been pumped into Trump properties over the past 20 years raises troubling questions about how the president is conducting his business … and what he’s getting in return,” Shaw said recently, standing in front of the Trump International Beach Resort in Miami.

'[Democrats] are tripping over each other to get themselves on top of a lawsuit against Trump.'

— Scott Will, director of the Republican Attorneys General Association

Last week, a segment from comedian John Oliver prompted Becerra—who has brought almost three-dozen lawsuits against Trump—to tweet: “Listen to @iamjohnoliver: State Attorneys General have a crucial role to play in holding the Trump administration accountable. I hope to earn your vote to continue fighting for you!” Republican lawyer Steven Baily is challenging Becerra.

Candidates are running to be their state’s top lawyer in 32 states this year, with 14 seats currently held by Democrats and 18 held by Republicans. The races are drawing more than $100 million in donations. Many of the hard-fought contests are in battleground states.

In Colorado, Democrat Phil Weiser, a law professor and former Justice Department lawyer, said he decided to run for attorney general the night Trump was elected president. In a TV ad, he explains, “Ever since, I’ve been writing down all the ways I can protect Colorado from Donald Trump.” Weiser is facing Republican George Brauchler, a Colorado district attorney.

In Michigan, Democratic candidate Dana Nessel, a former Wayne County assistant prosecutor, even told supporters that if she wins she would like to sue Trump “all day, every day.” She later clarified, “There’s an eagerness to use the Michigan attorney general to fight back.” Nessel faces Republican state House Speaker Tom Leonard.

“As we have seen over many years, Congress has not only become gridlocked but has abdicated its responsibility to be a check on the executive branch, and currently, President Trump and his administration do not appear to be slowing down as they steamroll the rule of law,” Rankin told Fox News. “AGs on both sides of the aisle have seen the spotlight on their roles increase as Congress has fallen short and the work of AGs will continue, if not expand, after election day next week.” 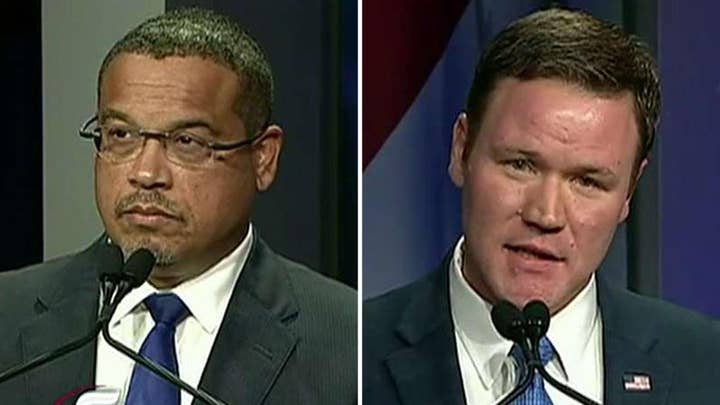 The attorneys general represent the “muscle of the resistance,” Washington Post columnist Karen Tumulty recently wrote, calling them “the down-ballot officials who could freeze the Trump Train in its tracks.” Liberal magazine Mother Jones called these attorneys general the “most effective way for Democrats to fight Trump’s agenda.”

Among the most closely watched races is in Minnesota, where Rep. Keith Ellison has been trading the lead with Republican Doug Wardlow, a former state representative. Ellison, the deputy chairman of the Democratic National Committee, has been battling abuse allegations from an ex-girlfriend; he recently tried to divert questions about the allegations by talking about harassment accusations against Trump.

When entering the race, a profile on Ellison in The New Republic said he was willing to leave Congress to be the AG in order to “take on Trump directly.”

Conservative voters have an interest in preventing “activist candidates” from taking over law enforcement positions, said Scott Will, the executive director of the Republican Attorneys General Association.

“Activist candidates seeking a rule-of-law job can be extremely dangerous,” Will told Fox News. “Just see the current crop of Democratic AGs, they are tripping over each other to get themselves on top of a lawsuit against Trump. These Democratic candidates will do the same, to get headlines and to raise money. This is a job more about calling balls and strikes and defending the state law.” 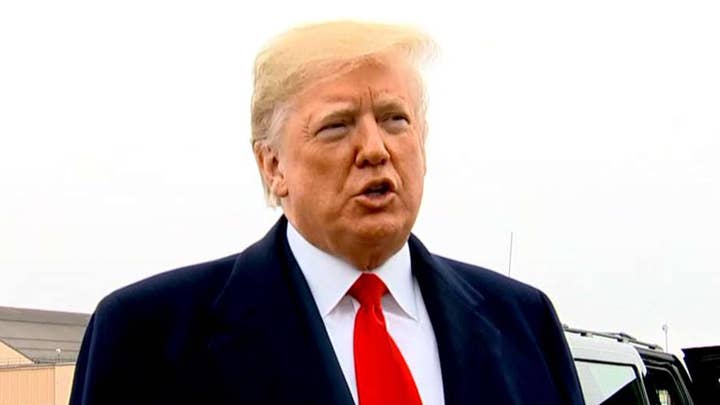 “When you look at a key voting issue like health care, adding Democratic AGs will be of particular importance as it relates to the lawsuit around the Affordable Care Act -- Texas vs. U.S., GOP incumbents are using taxpayer dollars to try to eliminate health care protections for millions of Americans with pre-existing conditions,” Rankin said. “If Democratic AGs win, those states will have new leadership that will fight to protect health care, not take it away.”