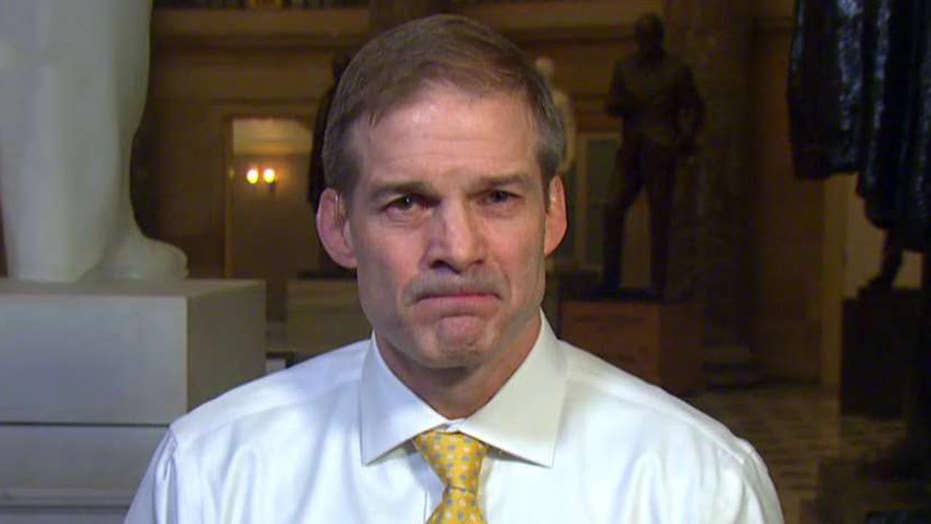 “I don’t think you can trust anything he says,” said the top Republican, who is charging that Democrats are bringing Cohen to testify so they can start their “crazy” impeachment process.

Jordan said Wednesday that nothing Cohen had to say had “any real value.”

Jordan and other Republicans challenged Cohen’s credibility because Cohen is going to prison for lying to Congress in 2017, among other charges.

“How can you trust anything this individual has to say?” Jordan asked Baier.

Cohen and Jordan had several clashes in the hearing. Jordan tore into Cohen after the former lawyer called Trump a “racist” and a “conman.”

Jordan suggested that Cohen, who will soon report for his three-year prison sentence, only parted with Trump after he was excluded from the White House.