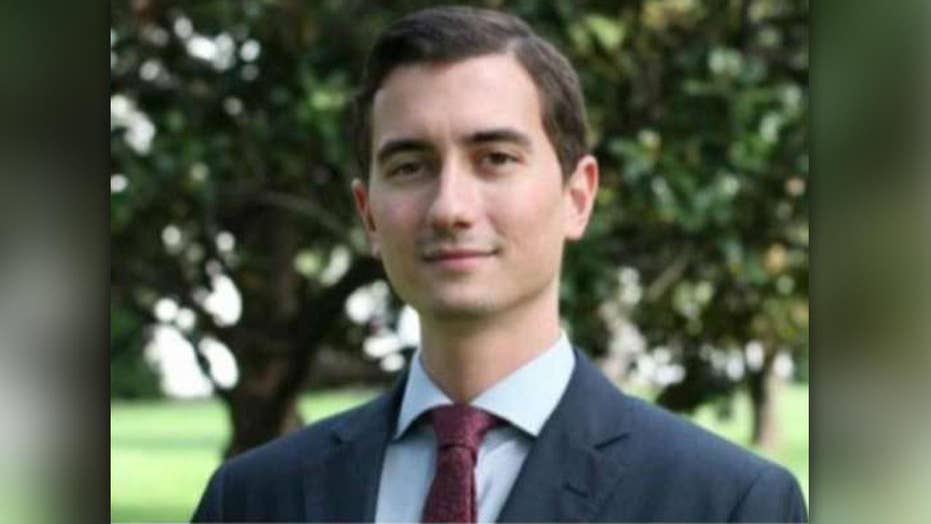 Chaffetz on GOP doxxing: There is something more here

A Democratic congressional aide accused of publishing the private information of at least three Republican lawmakers allegedly threatened to leak senators’ children's health information if a witness told anyone about his activities.

Jackson Cosko, who recently worked for Rep. Sheila Jackson Lee, D-Texas, was arrested for allegedly posting the personal information (or "doxxing") of a number of senators including Lindsey Graham, R-S.C., Mike Lee, R-Utah, and Orrin Hatch, R-Utah on Wikipedia -- with information such as their home addresses and phone numbers. Graham, Lee and Hatch's information was published on Thursday.

According to a sworn statement by Capitol Police Captain Jason Bell, a witness Tuesday saw Cosko at a computer in a senator’s office, where he used to work, a day after two other unnamed senators' information had been put on Wikipedia. Cosko worked for other Democratic senators including Sen. Dianne Feinstein, D-Calif., Sen. Maggie Hassan, D-N.H., and former Sen. Barbara Boxer, D-Calif. While earlier reports identified Cosko as an intern for Jackson Lee, his lawyer said that he was working as an unpaid staffer.

According to Bell's statement, Cosko is alleged to have been confronted by the staffer and then walked out. The staffer then called police. Hours later the witness received an email from "livefreeorpwn@gmail.com" saying: “If you tell anyone I will leak it all. Emails signal conversations gmails. Senators children’s health information and socials.”

“Socials” apparently referred to social security numbers, while Signal is a secure messaging application. Bell said that there was probably cause to believe that Cosko published the information of senators, and then made threatening statements directed to the unnamed witness “with the intent to hinder, delay, or prevent” the witness from reporting it to authorities.

"We all need to take a deep breath," said Stolarz. "In this political climate everyone wants to jump to conclusions. We need to put the conspiracy theories aside and focus on the allegations. Jackson Cosko is innocent until proven guilty, and we intend to challenge the charges."

While it was not clear what the motivation was behind the posting of personal information, Graham, Lee and Hatch have been outspoken defenders of Supreme Court nominee Brett Kavanaugh amid sexual assault allegations against him. The doxxing began on Thursday, and came moments after Graham had scorched Senate Democrats in a fiery speech for what he called “an unethical sham” in their treatment of Kavanaugh.

Cosko was dressed in shorts, a t-shirt and tennis shoes and looked uneasy as Magistrate Judge Deborah Robinson detailed the seven charges against him, which carry the possibility of more than 20 years in prison.