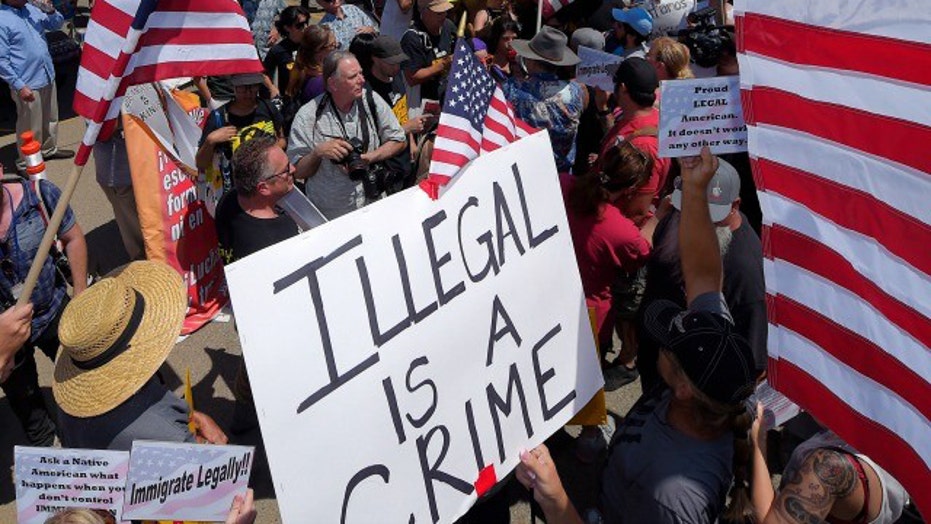 The report, released by the Center for Immigration Studies (CIS) – a group that calls for lower levels of immigration – falls in the middle of a fiery political debate on the presidential campaign trail over immigration policies. The report says immigrant households use welfare at much higher rates than the American-born population. The study used Census Bureau Survey of Income and Program Participation data.

“In 2012, 51 percent of households headed by an [illegal or legal] immigrant reported that they used at least one welfare program during the year, compared to 30 percent of native households,” the report said.

The types of welfare examined in the study included Medicaid as well as cash, food and housing programs.

However, the report came under immediate criticism in some corners, with the libertarian Cato Institute’s Alex Nowrasteh telling FoxNews.com “there’s virtually nothing redeemable about this report.”

“When you compare households to households, they’re all of different sizes and so it’s hard to compare them in a way that reveals anything interesting,” Nowrasteh said. “Statisticians spend their lives trying to compare apples to apples and CIS didn’t even bother.”

Nowrasteh also said that by measuring households -- not individuals -- the CIS report ignores the possibility that some immigrant-led households will include native-born Americans using welfare.

Rather, Nowrasteh argued in a lengthy blog post that poor immigrant individuals are less likely to receive welfare than others at their income level, and the problem is a welfare problem, not an immigration problem. “It’s easier to build a wall around the welfare state rather than a wall around the country,” Nowrasteh said. “I use immigration as an argument against welfare, they use welfare as an argument against immigration.”

Steven Camarota, director of research at the CIS and author of the report, said the fact remains that many immigrant households “struggle to feed their own children.”

Camarota noted that immigrants often are receiving welfare not due to unemployment, but because they are not earning enough to be ineligible.

“Most people think either you work, or you are on welfare – but that’s just wrong,” Camarota said. “A mom with two kids working full-time earning $12 an hour is still eligible for most welfare programs.”

Camarota told FoxNews.com the high welfare use can also be explained in part by strong ethnic social networks that help fellow immigrants both get a job and navigate complex welfare programs.

The report received some heavyweight backing, with the office of Sen. Jeff Sessions, R-Ala., drawing attention to it via email. “In all the recycled, power-washed talk about our “broken immigration system,” (which inevitably centers on how to help corporations) the exploitation of the welfare system remains one of the most endemic and overlooked problems,” the statement said.

Asked about how he hoped the report would contribute to the immigration debate, Camarota said he hoped it would lead to a sober discourse.

“[Collecting welfare] shouldn’t be seen as a moral failing on the part of immigrants, but reflective of what happens when you let lots of people who have modest levels of education in a modern society,” Camarota said. “Either you select immigrants who aren’t going to need programs or accept that they’re going to take up a lot of welfare. You can’t try and solve it once they’re here.”