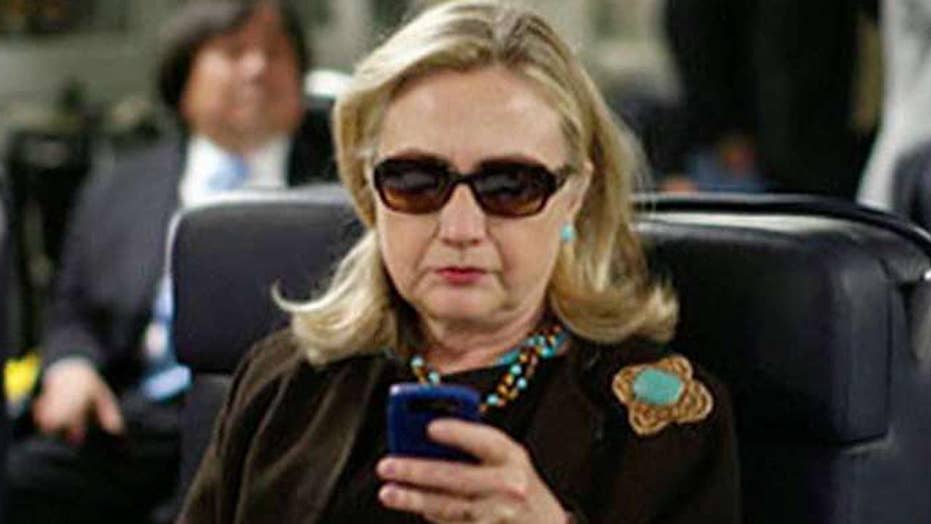 Hillary Clinton had a lot on her plate as secretary of state: the Arab Spring, the ill-fated Russian 'reset' and Iran's nuclear ambitions, to name a few.

The emails, obtained by conservative watchdog group Judicial Watch, show Clinton aide Huma Abedin paying very close attention to whether accommodations for the then-secretary of state were up to snuff.

Abedin sent one email on Nov. 14, 2011 to Clinton, asking about hotel arrangements, apparently relating to an upcoming trip to Asia.

“Do you want to stay with potus?” Abedin wrote. “He’s at the horrible Sheraton. We had previously talked about staying elsewhere. Best hotel is peninsula. Presidential is gone and so is second largest but they have some suites left so I want to sign the contract if you are open to that.”

Clinton, labeled “H,” responded: “I think it would be hard not to be in same hotel as POTUS so try to get the best option there.”

FILE - In this Nov. 2, 2016 file photo, Huma Abedin is seen in the Brooklyn borough of New York. A person familiar with the investigation into Hillary Clinton's use of a private email server says Abedin did not forward "hundreds and thousands" of emails to her husband's laptop, as FBI Director James Comey testified to Congress. (AP Photo/Mark Lennihan, File) (AP)

“Reminder you are at the second tier hotel cause the nice hotel owner was problematic,” Abedin wrote to Clinton about their trip to Burma, adding that they planned to do a brief. “[T]here’s a little space in your suite and also a room nearby to accommodate more people.”

The emails offer a glimpse into Clinton's penchant for luxury accommodations.

On election night 2016, Clinton stayed on the top floor of The Peninsula Hotel, a five-star hotel just a block from Trump Tower—though the presumed victory party would be at the Javits Center, located across town in the Hell’s Kitchen section of Manhattan. The Clintons had their own suite, and they reportedly rented out the rest of the floor for staff workspaces and aides, including private bedrooms for then-campaign chairman John Podesta and Abedin, according to an account in the book “Shattered,” written by journalists Jonathan Allen and Amie Parnes.

The rest of the emails obtained and published by Judicial Watch appear to show Clinton allies seeking favors from those in her State Department as well as the discussion of sensitive information.

“Hillary Clinton is not in government anymore or a candidate for office,” Fallon told Fox News.