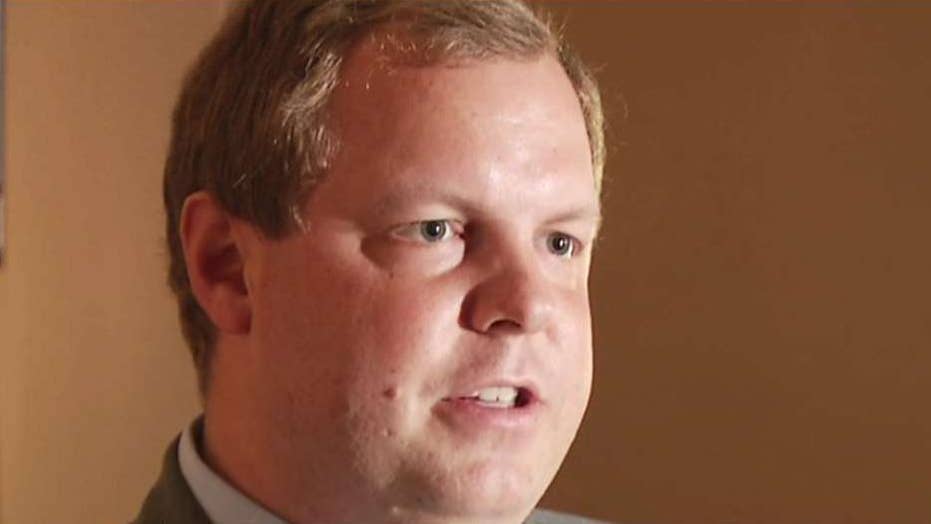 Ed Henry reports on how the Trump administration is handling the issue after White House speechwriter David Sorensen resigns.

"Before we were contacted by the media, we learned last night that there were allegations," said Raj Shah, principal deputy secretary. "We immediately confronted the staffer, he denied the allegations and he resigned today."

Sorensen, a well-known GOP operative in Maine, worked as a senior adviser to Gov. Paul LePage, according to a May 2017 article in The Portland Press Herald.

According to the White House, his position did not require a security clearance and his background check was ongoing.

The Washington Post, which first reported news of Sorensen's exit, said a former wife claimed he had been viollent and emotionally abusive during their two and a half years of marriage. The paper said he had vehemently denied the allegations, saying he was the victim of domestic violence in the marriage.