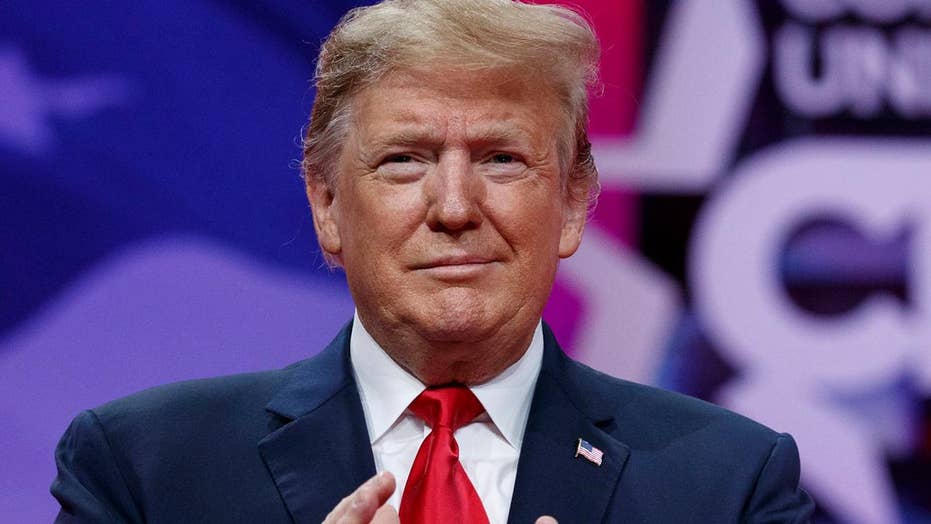 Will President Trump's rhetoric help in 2020?

Democrats are ramping up warnings that President Trump’s declaration of a national emergency on the southern border opens the door for a future president to—among other things—pursue sweeping gun control measures without Congress.

The warnings come as a handful of Republicans break ranks with the president and prepare to vote for a resolution rejecting the emergency edict, a move almost certain to trigger Trump’s first-ever veto.

But with the can of worms now open, Democrats see opportunity on everything from gun control to climate change, especially if the Supreme Court upholds Trump’s declaration.

“I will come into office with a strong belief that climate change is a national emergency, that the fact that so many people in this country die because of gun violence, that is a national emergency,” Democratic presidential candidate Julian Castro recently said on MSNBC. “…If the president’s action in this case is upheld by the Supreme Court, then it does open up new avenues for future presidents to take action.” 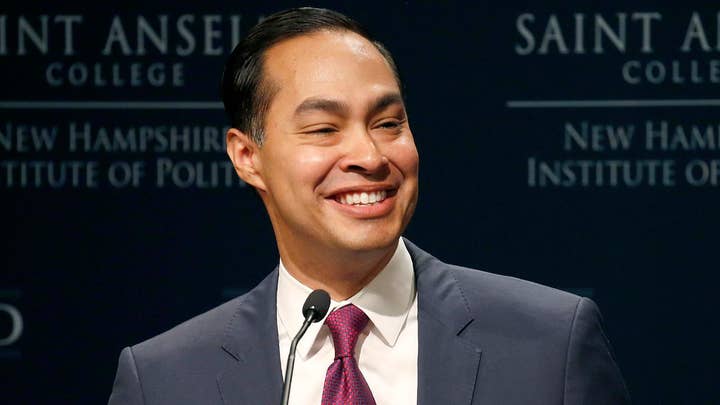 The focus on curbing gun violence has sharpened under the Democrat-controlled House.

Last week, the House voted to expand background checks for purchases at gun shows, online or for a private transfer. The House also backed a bill requiring gun dealers to wait 10 days to get answers for a background check.

Regardless of how the Supreme Court rules on Trump’s national emergency on the southern border, federal statute would appear to limit government action on guns during an emergency.

In 2005, President George W. Bush signed the bipartisan “Disaster Recovery Personal Protection Act,” which passed the House with 322 votes and the Senate with 84 votes.

The law includes a “[p]rohibition on confiscation of firearms” and says during an emergency, the government cannot “require registration of any firearm for which registration is not required by Federal, State, or local law.”

The statute still leaves room for action similar to the legislation that passed the House, said Emily Taylor, a Houston lawyer who specializes in Second Amendment issues and is affiliated with U.S. Law Shield, a legal insurance program for gun owners.

PELOSI WARNS EMERGENCY POWERS COULD BE USED FOR GUN CONTROL

“The statute would prohibit seizing guns or taking away the right to carry, but it doesn’t protect the private transfer of firearms at all,” Taylor told Fox News. “The government couldn’t confiscate guns and it can’t tell people not to carry guns. That’s all well and good, but the statute doesn’t do anything to protect the buying and selling of ammunition.”

Taylor said some Second Amendment advocates are concerned a future president could at least test a gun emergency with the Supreme Court, if the current border emergency declaration is upheld.

“We are afraid it will send us down a road we don’t want to go down if the precedent is extended,” Taylor said.

Since Congress passed the 1976 National Emergencies Act, presidents have declared national emergencies more than two dozen times. In most cases, this concerned blocking U.S.-held assets for international bad actors or preventing financial transactions with those countries.

What’s different about Trump’s declaration to secure more than $6 billion for new construction of a border wall is that it comes after failing to gain requested funding from Congress.

The Supreme Court has recognized the Second Amendment as defending the individual right to own a firearm. A 2007 Congressional Research Service report said, “With the exception of the habeas corpus clause, the Constitution makes no allowance for the suspension of any of its provisions during a national emergency.”

House Speaker Nancy Pelosi, too, has cautioned Trump about the implications of the border declaration.

In reference to the Parkland high school massacre in Florida, Pelosi, D-Calif., asserted: “The one-year anniversary of another manifestation of the epidemic of gun violence in America. That’s a national emergency. Why don’t you declare that emergency, Mr. President? I wish you would. But a Democratic president can do that.”

Other presidential candidates called gun violence a national emergency, but didn’t explicitly threaten to use emergency powers for gun control.

Former Colorado Gov. John Hickenlooper, who announced his White House bid Monday, tweeted, “Gun violence is the real national emergency plaguing our nation. It’s time we finally did something about it.”

Sen. Chris Murphy, D-Conn., previously served in the House representing the district with Newtown, Conn., site of the massacre that killed 20 elementary school students. He has been a strong proponent of gun control laws, and also said Trump’s emergency could open the door.

“If Trump gets away w this border emergency declaration, then a Dem President can declare a gun violence emergency and institute universal background checks and an assault weapons ban by executive action,” Murphy tweeted.