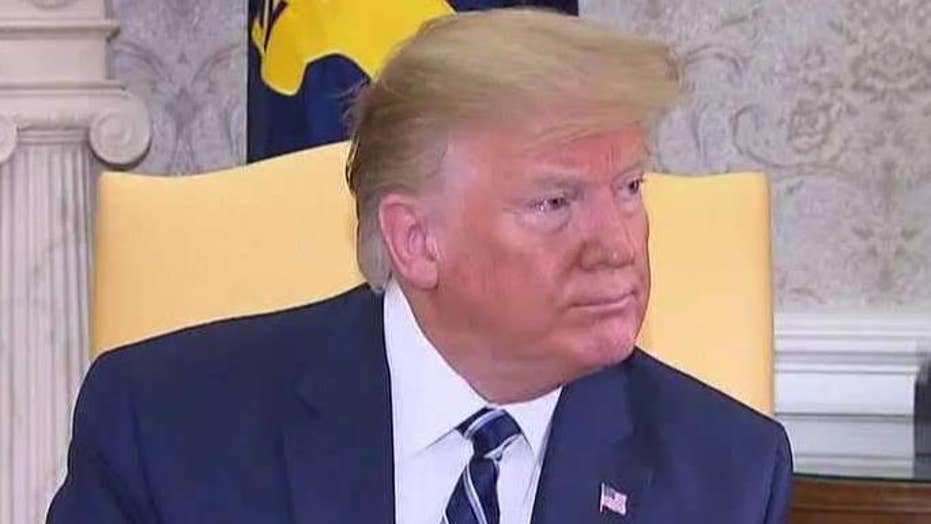 President Trump calls off a retaliatory strike against Iran

Trump sends mixed messages on how he would respond to Iran downing a US drone before deciding to call off a retaliatory air strike; Karl Rove, Mo Elleithee, Emily Jashinsky and Howard Kurtz weigh in on the topic.

President Trump has faced criticism from his own party for not being tough enough on Iran, and now two of his potential 2020 opponents who have opposed escalation refused to credit him for exercising restraint.

After U.S. military officials said Iran shot down an unmanned U.S. drone in international airspace, Trump was evaluating plans for a counterstrike. Soon before it was set to take place, the president halted the operation, saying that the expected 150 deaths in Iran would have been too much.

“I don't believe that anyone should receive credit for a crisis of their own making,” Sen. Kamala Harris, D-Calif., said Sunday on CBS News’ “Face the Nation.” “There is no question in my mind that the current occupant of the White House, President Trump, put in place a series of events that led to that event.”

TRUMP SAYS NO PRECONDITIONS TO TALKS WITH IRAN; WARNS WAR WOULD LEAD TO 'OBLITERATION'

A recent wave of Iranian hostilities was believed to be a response to the president's increased sanctions. Sen. Lindsey Graham, R-S.C., warned that by not taking strong action against Iran, Trump may be sending the wrong message.

Also on "Face the Nation," Harris’ fellow candidate Sen. Bernie Sanders, I-Vt., said that he would do “everything I can” to prevent war with Iran, but also criticized Trump. When asked if Trump deserved credit for not attacking, Sanders – like Harris -- blamed Trump for the current state of affairs.

“See, it's like somebody setting a fire to a basket full of paper and then putting it out,” Sanders said. “He helped create the crisis and then he stopped the attacks.” 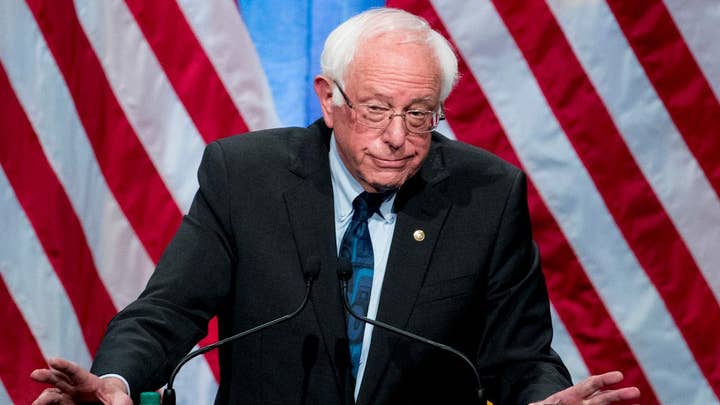 When asked what she would do if she were in the White House, Harris said she would rejoin the Iran nuclear agreement, after Trump had pulled the U.S. out of it.

“I would strengthen it. I would include ballistic- ballistic missile testing," Harris added. She also said, "I think that we can strengthen what we do in terms of monitoring and verification, of progress.”

Trump himself mentioned the need to cover ballistic missiles during a conversation with NBC News' Chuck Todd that aired Sunday morning.  The White House has said it aimed to force Iran back to the negotiating table with a "maximum-pressure campaign" of sanctions.