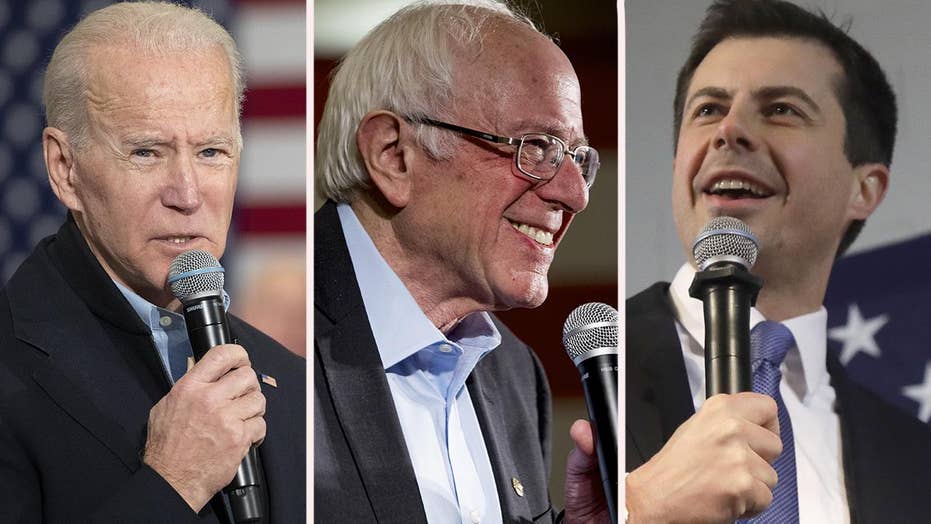 Can anyone break out in the final week of campaigning in the Hawkeye State?

MANCHESTER, N.H. – With the Iowa caucuses and the New Hampshire primary closing in fast, editorial boards of newspapers in the first two states to hold contests in the presidential nominating calendar are placing markers in the race for the Democratic nomination.

Saying she’s “not the radical some perceive her to be,” The Des Moines Register – the main newspaper in Iowa’s state capital and largest city – this weekend endorsed progressive Sen. Elizabeth Warren of Massachusetts.

PICK YOUR POLL: EITHER SANDERS OR BIDEN'S LEADING IN IOWA

“We need a president who can work the levers of government to translate ideas into signed laws and effective regulations,” the newspaper’s editorial board wrote. “We need a president who understands that the American Dream itself is at risk: the ideal that someone who works hard and plays by the rules can get ahead, and that their children will do even better. With Warren, the Oval Office will be occupied by someone who has made rebuilding the middle class her life’s work.”

In northwestern Iowa, the Sioux City Journal threw its support behind former Vice President Joe Biden this past weekend.

The newspaper’s endorsement highlighted that Biden “possesses a greater breadth and depth of knowledge on issues domestic and foreign -- experience forged over more than 40 years of elected office in Washington, D.C. -- than his rivals.”

“He articulates moderate positions on issues more in line with the nation as a whole. Unlike some candidates in this race, he doesn't guarantee a world he can't deliver and most Americans don't want,” the endorsement continued.

In eastern Iowa along the Mississippi River, the Quad City Times backed Sen. Amy Klobuchar of Minnesota a week ago.

The newspaper’s endorsement spotlighted that Klobuchar “won our endorsement by convincing us that, among her rivals, in this divided political culture, she is the best person to push through an agenda that will better the lives of millions of Americans, including those of us who live in eastern Iowa and western Illinois.”

“Sen. Klobuchar has none of those weaknesses and the incumbent needs to be presented with a challenger who is not easily dismissed,” McQuaid added.

On Monday, the Lowell Sun endorsed Andrew Yang. The newspaper in the city that borders southern New Hampshire pointed to the bitter partisan divide in the nation and noted that “almost every candidate in the Democratic field has in one way or another contributed to this societal condition.”

The endorsement then singled out the tech entrepreneur, saying “there is an exception and his name is Andrew Yang.”

“Yang does not speak negatively about Americans, regardless of their beliefs and politics. He believes that Trump supporters are people worth listening to, people with real concerns who have been ignored and derided by the political establishment, and he is proposing new and innovative policy solutions to their problems. And he wants to win them over,” the endorsement highlighted.