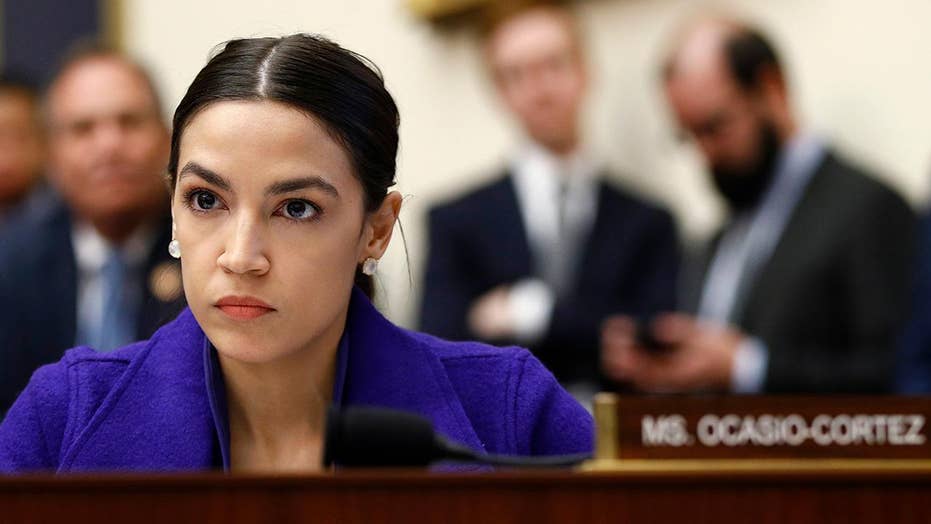 Democrats seeking their party's 2020 presidential nomination seem to be backing away from the #AbolishICE movement as a new poll shows the call to dismantle the federal Immigration and Customs Enforcement agency has failed to catch on with voters.

Their move toward more centrist immigration positions seems somewhat isolating for Democratic socialist Rep. Alexandria Ocasio-Cortez, who has renewed her call to abolish the immigration agency.

Last year, many prominent Democrats -- including Sens. Elizabeth Warren, Kamala Harris, Kirsten Gillibrand and Bernie Sanders, who are all now running for president -- all boldly declared their support for doing away with the agency that was linked to the Trump administration's "zero-tolerance" policy on immigration, which has since been rescinded.

But with the 2020 primaries looming closer, Dems making a White House run are seeking out safer positions.

Though he lives in the border town of El Paso, Texas, former U.S. Rep. Beto O’Rourke avoided talking about ICE on Tuesday when asked about border and immigration issues on “The View." O’Rourke instead made vague statements against Trump’s proposal of a border wall, adding that Washington needs to “change immigration laws to respect our values,” and treat immigrants with the dignity and respect by honoring U.S. asylum laws.

But Ocasio-Cortez, who at 29 is too young to seek the presidency, doesn't face the same pressure to move to the center.

“I think 'Abolish ICE' is a call to action,” the New York Democrat said in April. “I don’t think an agency that systematically and repeatedly violates human rights can be reformed."

OCASIO-CORTEZ CALLS TO ABOLISH ICE, SAYS LATINOS MUST BE EXEMPT FROM IMMIGRATION LAWS BECAUSE THEY ARE 'NATIVE' TO US

A new poll conducted by the Associated Press-NORC Center for Public Affairs Research may explain why Democratic presidential contenders are no longer talking about ICE on their campaign trails. Only a quarter of Democrats said they support the abolishment of ICE despite 57 percent of Democrats answering they still had a negative view of the agency, the Federalist, a conservative website, reported.

Several activists behind #AbolishICE told BuzzFeed News they feel betrayed by Democrats who they say used the progressive movement to gain political ground before the topic became too controversial.

“It’s a little harmful,” said Miguel Andrade, a spokesman for Juntos, a Latinx activist group in Philadelphia. “Everybody was using it as the big hot topic or issue, but nobody is putting the model forward of what that means, or the possibilities of what that looks like.”

Democratic presidential contenders who initially clung to left-wing, progressive policies are now backtracking. When Ocasio-Cortez spoke against ICE shortly after her victory last summer, Gillibrand said she agreed with her stance.

“I don’t think ICE today is working as intended,” Gillibrand told CNN’s Chris Cuomo in June. Instead, Gillibrand said, the U.S. should “reimagine ICE under a new agency.” Her campaign now claims she never called to “abolish” ICE.

In a June 2018 Facebook post days later, Warren said, “we need to rebuild our immigration system, start by replacing ICE.” Sen. Kamala Harris told MSNBC “there’s no question that we need to reexamine ICE,” adding that “we should probably think about starting from scratch.”

Sen. Bernie Sanders tweeted in July 2018 that “it is time to do what Americans overwhelmingly want: abolish the cruel, dysfunctional immigration system we have today and pass comprehensive immigration reform.”

The Democratic Party has failed to put forth a unified stance on immigration, and many Republicans used the #AbolishICE movement to their advantage, airing political ads during midterms that painted Democrats as weak on border security, Buzzfeed News reported.

Many 2020 hopefuls now approach immigration by talking about more popular subjects, like ending the separation of children at the border or advocating for Dreamers, but steer clear of attacking ICE.

Warren is in favor of comprehensive immigration reform, reversing cuts in aid to Central America and “making sure we provide the support needed so mamas don’t have to flee with their babies for their lives,” an aide told the San Francisco Chronicle.

Other 2020 Democrats have commented on immigration without making it the forefront of their presidential campaigns. In April, Harris introduced a bill that would permit Dreamers who are temporarily protected from deportation under the Deferred Action for Childhood Arrivals to be hired in congressional offices, the newspaper reported.