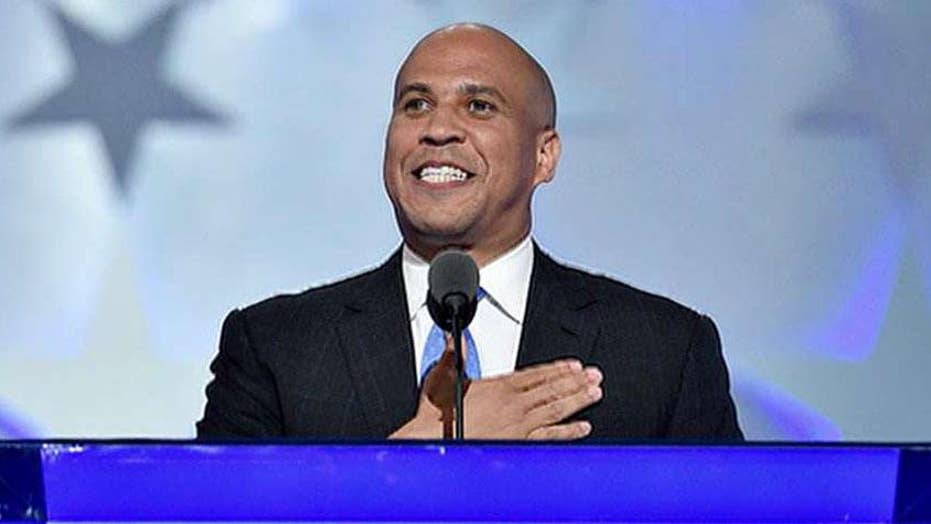 Cory Booker becomes latest Democrat to declare his candidacy for 2020

Sen. Cory Booker, D-N.J., said finding a female running mate in 2020 will be a priority if he secures the Democratic nomination.

Booker, who officially tossed his hat into the ring and declared his candidacy for president earlier this month, made the remarks Monday night during an interview on MSNBC.

The high-profile senator is competing against five women in his party who have already announced they are running: Amy Klobuchar, Elizabeth Warren, Kamala Harris, Kirsten Gillibrand, and Tulsi Gabbard.

Booker agreed he is “blessed among women in the field right now,” before being asked if he would “commit to choosing a woman” as his running mate.

“I’m not going to make any specific commitments… we have such a great field of leaders, I think you’ll rarely see a Democratic ticket anymore without gender diversity, race diversity,” he said.

“I’m not going to box myself in, but should I come to it, you know I’ll be looking to women first.”

The New Jersey senator went on to say he believes the Democrats have an "abundance of riches" ahead of 2020, and called on the party to support whoever wins the nomination.

Booker made more news yesterday by telling VegNews we may all be heading toward a vegan diet because, in his view, meat consumption is not sustainable in the future.