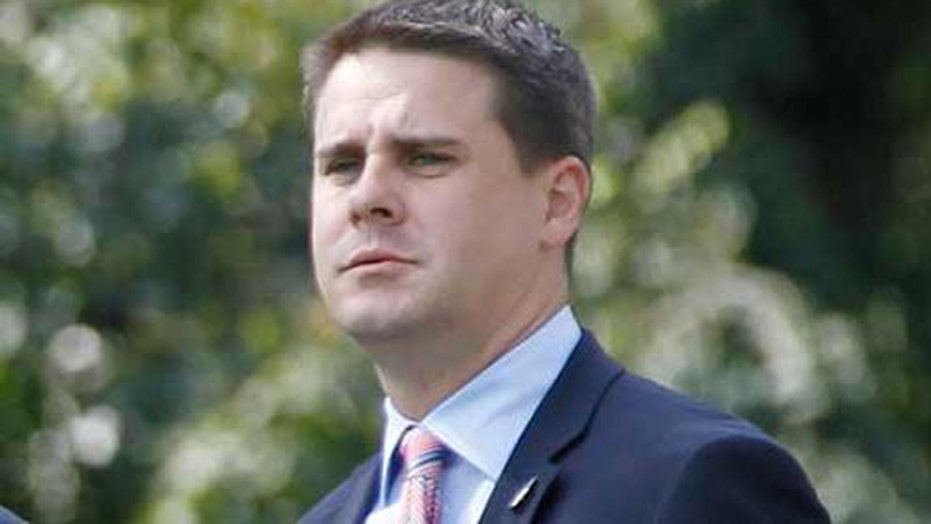 Obama: 'Dan has been beside me every step of this incredible journey'

WASHINGTON – Two of President Barack Obama's highest-ranking advisers will step down from their posts in the coming weeks, White House officials said Wednesday, reshuffling the president's close-knit team for his final two years in office.

Jennifer Palmieri, Obama's communications director, will step down in the spring and is in line to serve as communications director for Hillary Rodham Clinton's likely presidential campaign, two Democrats with knowledge of staffing decisions said. Senior adviser Dan Pfeiffer, one of Obama's longest-serving aides, is also on his way out, but hasn't announced his future plans.

Amid a string of departures — the White House previously announced that presidential counselor John Podesta will leave in February — Obama will have to fill key vacancies as his presidency enters its final phase. As Obama looks to secure his legacy, he and his aides face a long list of policy steps announced earlier in his presidency that must be completed or locked in place before the next president takes over.

The White House reshuffle also reflects the gradual merging of Obama's team with Clinton's as the former first lady lays the groundwork for a widely expected campaign in 2016.

Podesta, who worked with Palmieri in President Bill Clinton's administration, is expected to become campaign chairman for Hillary Clinton if she runs. Palmieri's expected role in a future Clinton campaign was confirmed by two Democratic operatives who weren't authorized to comment publicly and requested anonymity.

No firm date has been selected for Palmieri's departure, but she'll remain in her current role for a number of weeks, said a White House official. Pfeiffer plans to leave in mid-March. The official said Obama and chief of staff Denis McDonough would seek to fill the openings with an eye toward bringing in "new, energized staff with fresh ideas and new perspectives."

A veteran media strategist known for her genial approach to dealing with reporters, Palmieri served in the Clinton administration and worked as a spokeswoman for North Carolina Sen. John Edwards during his presidential campaign. She was an executive at the Center for American Progress think tank before joining Obama's staff at the start of his second term.

Pfeiffer is the last of Obama's 2008 senior campaign team still working for the president. Obama's communications director in his first term, he advocated for social media engagement and last month pushed to put the text of the State of the Union address on the Medium blogging platform in advance of delivery.

In a statement about his departure, Obama he'd benefited from Pfeiffer's "political savvy and his advocacy for working people." Before stepping down, he plans to wrap up a project in consultation with Silicon Valley experts to modernize digital communications, officials said.