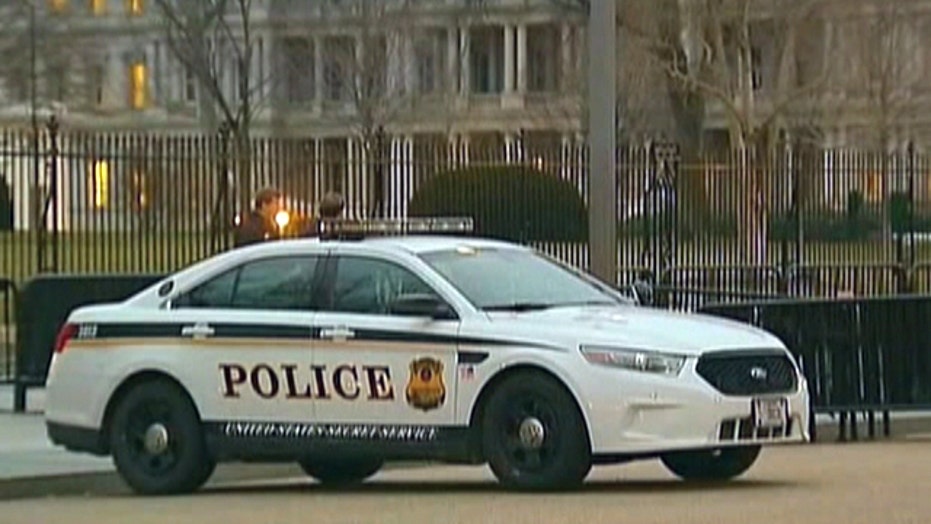 Two senior Secret Service agents -- one of whom is a top member of President Obama's protective detail -- reportedly drove a government car into White House security barricades after drinking at a late-night party last week.

A spokesman with the Department of Homeland Security inspector general's office told Fox News on Thursday that they are now investigating the incident, after it was referred by the Secret Service.

"We cannot discuss details of our ongoing investigation," the spokesman said.

The Washington Post, citing a current and a former government official familiar with the incident, reported Wednesday that the officers on duty who witnessed the March 4 incident wanted to arrest the agents and conduct sobriety tests. But the officers were ordered by a supervisor on duty that night to let the agents go home, said the sources, who spoke to the paper on the condition of anonymity.

Witnesses reported that the car’s overhead flashing lights had been activated and both agents were showing their badges to get through a section of the grounds that had been closed off due to an investigation of a suspicious package, according to the people familiar with the incident, the Post reported. The vehicle ran through security tape before hitting the barricades, which an agency official said had been set up temporarily during the investigation into the package.

The agents were identified by the paper as Mark Connolly, the second-in-command on Obama's detail, and George Ogilvie, a senior supervisor in the Washington field office. They reportedly had been at a going-away party at a nearby bar for departing agency spokesman Ed Donovan.

The Post reported that Joseph P. Clancy, who was tapped by Obama to lead the Secret Service last month, directed the agency on Monday to contact the inspector general's office about taking over the case, in part because it involves such senior officials.

An administration official told Fox News that Obama was aware of the incident and supported Clancy's decision to turn over the investigation. And a Secret Service official, speaking on background to Fox News, said the two agents have been reassigned to non-supervisory, non-operational assignments.

Reps. Jason Chaffetz, R-Utah, and Elijah Cummings, D-Md., who serve on the House Oversight and Government Reform committee, issued a joint statement Wednesday night in which they said further scrutiny of the agency's leadership was necessary.

"Although recent steps have been made to bring new leadership in at the highest levels, this incident begs the question of whether that is enough," they said. "The fact that this event involved senior-level agents is not only embarrassing but exhibits a clear lack of judgment in a potentially dangerous situation."

The incident is the latest in a series of embarrassing episodes for the Secret Service, which have raised questions about the agency's leadership and ability to protect the president.

In September, a man with a knife climbed over the White House fence, sprinted to the mansion's front door and made it to the East Room. The incident led to the resignation of the agency's director, Julia Pierson. Six months before, several agents were implicated in tales of heavy drinking, one of which took place ahead of a presidential visit to the Netherlands and the other after a late-night traffic accident in Miami.

In the spring of 2012, some agents and U.S. military personnel who were preparing for a presidential trip to Cartagena, Colombia, for the Summit of the Americas hired local prostitutes and brought them back to their hotel rooms.

A total of 13 of Secret Service officials were implicated. Three employees returned to duty, six either resigned or retired and four had their clearances revoked and were removed, according to an inspector general report.