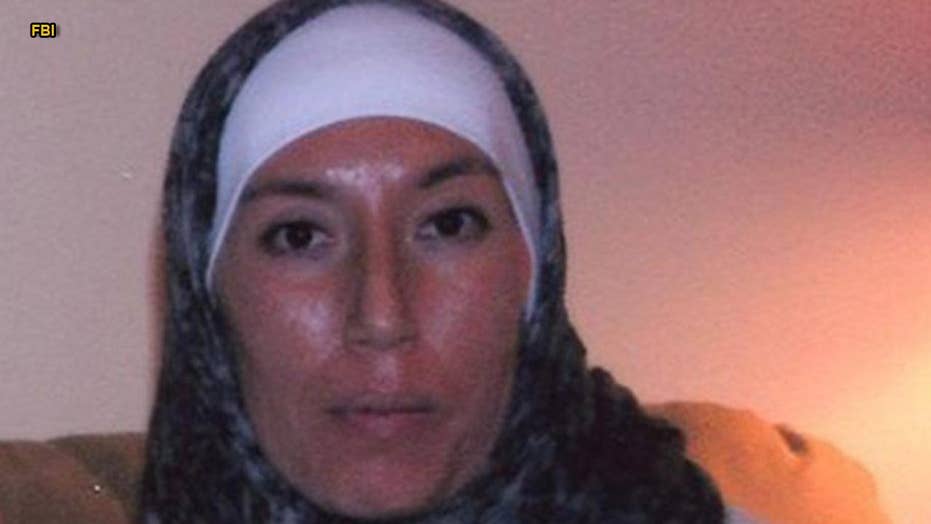 According to a new indictment, Monica Elfriede Witt, an ex-counterintelligence agent who defected to Iran in 2013, is responsible for helping to target 'her former fellow agents' and expose a program that is considered one of the 'crown jewels' of the U.S. Defense Department. Witt is still at large but was last believed to be in either Afghanistan or Tajikistan in July 2013 working as an English teacher.

As a former CIA station chief, I know that the men and women who serve in the military and civilian components of the U.S. intelligence community are loyal, dedicated and brave American patriots. Yet on extremely rare occasions, a few switch sides – betraying their country and colleagues to spy for one of our foreign adversaries.

Monica Elfriede Witt, 39, a former Air Force counterintelligence specialist who once held a top-secret security clearance, stands accused of being one of these disloyal Americans. She defected to Iran in 2013 and last week was indicted on charges of helping Iran to target her fellow former agents and exposing a secret Defense Department program.

Witt remains a fugitive and a warrant has been issued for her arrest.

WHAT SHOULD AMERICA DO ABOUT SYRIA AND ISIS?

According to the Justice Department, the Iranian government provided Witt with computer equipment and a house so she could “disclose U.S. classified information” and conduct research “on personnel that she had known and worked with” in the intelligence community.

Witt served in the Air Force from 1997 to 2008 and then worked as a Defense Department contractor until 2010. The Air Force taught her Farsi, the language of Iran. According to her indictment, she worked in the Middle East on classified operations that allowed her to learn the names of U.S. agents and sources involved in secret operations.

The irony is palpable. As a counterintelligence specialist, Witt was responsible for preventing foreign nations and groups from gaining access to U.S. secrets. Instead, she allegedly joined forces with the Iranians against the U.S.

America has a long history of spy vs. spy espionage activity against Russia. China is also a major adversary. Both countries have long histories of running spies deep inside the U.S. government, including in the U.S. intelligence community.

Iran is better known for being a state sponsor of terrorism and supporting proxy militias in Lebanon, Iraq and Yemen. Iran’s alleged recruitment of a U.S. intelligence specialist was indeed a rare success, which should ring alarm bells in the U.S. intelligence community.

Witt has not been convicted of anything and under our legal system is innocent until proven guilty. But what could motivate someone in her position to work against the United States? And what damage could someone like her cause to our national security?

There are a myriad of vulnerabilities that can motivate individuals to betray their country.

Financial problems are an outer manifestation of an inner vulnerability. For example, individuals might need extra money to pay for a costly medical procedure, education for their children, gambling losses or an illegal drug habit. People taking part in extramarital affairs might need money their spouse was unaware of to spend on their secret romantic partners.

Ideology can also be a motivating factor for individuals. In the early days of the Soviet Union, some Americans believed propaganda portraying communism as a superior system and wanted to work for the Soviets against the U.S.

Witt appeared to be motivated by revenge. Four Iranian citizens were charged with trying to install espionage software on computers of Witt’s former colleagues. Witt might have been enabling Iran to target specific former colleagues with whom she had previously been in conflict.

For intelligence officers, freedom from bias while being immersed in a foreign culture is a basic requirement for effectively practicing human intelligence (HUMINT) – the art of engaging with individuals, gaining their trust, and gleaning protected information from them.

Evincing knowledge and respect for a foreign country’s language, culture and religion enables intelligence officers to find common interests with their targets and enables the ongoing personal interaction essential for HUMINT collection.

Witt appeared to develop a strong affinity for Iranian culture and the Farsi language, which might have begun as an essential element of her counterintelligence work. She went so far as to convert to Islam. Her cross-cultural understanding might have morphed into a vulnerability that Iranian intelligence officers exploited to get her to switch sides.

Witt’s case seems to be a canary in the coal mine – a cautionary tale that Iran’s threats to U.S. national security are extraordinarily multifaceted. On top of nuclear weapons and ballistic missile programs, support for terrorists and cyberattacks, Iran has now demonstrated a nefarious capability to penetrate the U.S. intelligence community.

We still do not know whether Iran actively recruited Witt or whether she allegedly volunteered her services to Iran. We can be sure the House and Senate Intelligence Committees will ensure the U.S. intelligence community conducts a thorough damage assessment based on Witt’s reported disclosures of classified intelligence to Iran.

And U.S. counterintelligence officers will be on the hook to incorporate lessons learned from the Witt case to ensure something like this doesn’t happen again.