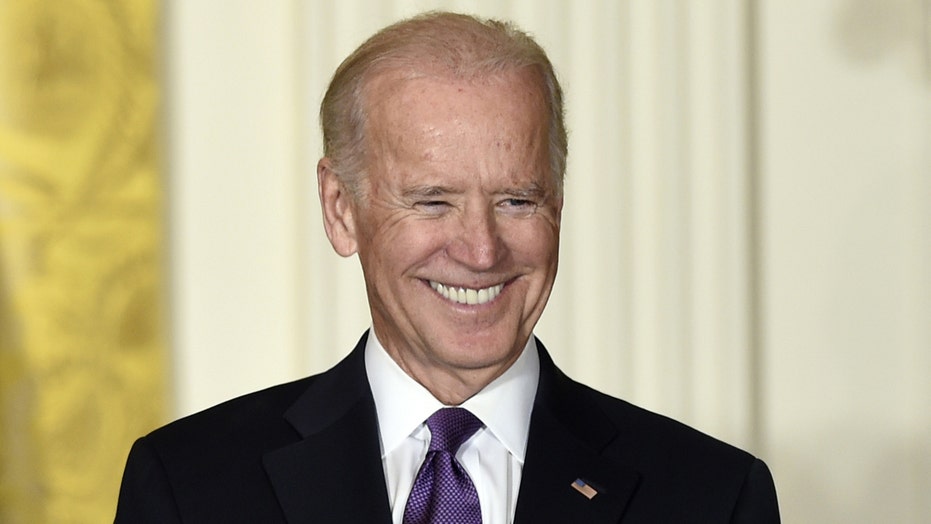 Begging Joe Biden to run should be a no brainer for Democrats, as his candidacy can only help the party’s chances. Why?

There are three general scenarios where the 2016 Democratic nominee is the likely loser to a credible GOP presidential ticket.

1. Senator Bernie Sanders wins the Democratic nomination. The self-described “Democratic Socialist” and his platform are too easily painted outside the mainstream.

2. Hillary Clinton wins the nomination but only after moving consistently further left in her political positioning to ward off the Senator’s challenge.

When viewed from the prism of what is best for the Democratic Party and its supporters, a Biden candidacy could be a life-saver.

3. Clinton is the Democratic nominee but too wounded politically to recover due to future events, such as consequences from her email mess.

It is problematic right now whether Republicans will nominate a credible ticket. Their path to 270 Electoral College votes is not simple. The must-win swing states for the GOP are Florida and Ohio; and probably Virginia too. The most credible candidates to win those states, Floridians Jeb Bush and Marco Rubio, as well as Ohioan John Kasich, remain far behind the current leaders in preference polls.

Donald Trump continues to lead the GOP field even though he is the most unpopular candidate in either political party with even a fanciful hope for winning the White House.

Dr. Ben Carson has a resume unlike any previous president. His success in polls continues, however. It suggests that many GOP primary voters are determined to find a non-politician.

Of the others in the large GOP pack, Ted Cruz seems to be slowly gaining money and supporters based on a strategy pitching him as the most ideologically rigid Senator running for the GOP nomination since Barry Goldwater in 1964 suffered the biggest loss of any Republican in history.

Carly Fiorina has gained traction but her nomination seems a fantasy.  The other contenders are not taken seriously yet by GOP voters.

The top tier are all likely to lose badly unless one of the three troublesome Democratic scenarios is present. The advantage to Democrats in Biden running should therefore be self-evident: his being on the field gives them protection against the party’s three big vulnerabilities. Why?

Democratic presidential nomination fights are ultimately about winning a majority of the delegates to the party’s National Convention. Delegates are apportioned to the states and awarded by a formula basically giving a candidate the same rough percentage of these elected delegates as he or she got in the state’s primary or caucus vote.

In a competitive three way race, it is going to be almost impossible for either Biden, Clinton or Sanders to win anywhere near a majority of the elected delegates. For Sanders to win the nomination, he would either need to cut a deal with Hillary or Joe, since the party’s Super Delegates, representing the Democratic Party Establishment, would never vote for him.

Such a deal isn’t possible, and he knows it. Therefore Biden’s candidacy takes scenario one off the table.

In a three fight, Clinton would also have less need to “me too” Sanders. Biden’s candidacy therefore largely if not wholly moots out scenario two.

The last potential calamity, scenario three – the Democrats being stuck with fielding a fatally wounded Hillary – is likewise erased by Biden running.

Thus the Party’s not-so-subtle attempt to thwart a  Biden run is short-sighted. Suppose Sanders, in a two way contest with Clinton, wins both Iowa and New Hampshire. The next big primary – South Carolina – will be 18 days away. Presidential nomination history says this period will be defined by positive stories about Sanders’s surprise surging campaign and negative articles wondering what is wrong with establishment candidate Clinton.

Party leaders believe Clinton’s support from African-Americans, especially women of color, will allow the six Super Tuesday Southern primaries on March 1 to stave off Sanders’s challenge. But the presidential campaign momentum driven historically by news stories about winning and losing will give Sanders a big tailwind even if he loses South Carolina three days before. There is a good chance the “firewall” will not knock Sanders out of the race. This means the fight will go all the through the last primaries in June.

Bottom line: This leaves months for any of the three bad scenarios to germinate. But there would not be time for Biden to make a late entry in the race to effect the delegate math.

When viewed from the prism of what is best for the Democratic Party and its supporters, a Biden candidacy therefore could be a life-saver. Those claiming his late entry is unfair to the party and thus pleading with him not to run might want to reconsider.

Mark J. Rozell is acting Dean and Professor of Public Policy at the School of Policy, Government, and International Affairs at George Mason University.