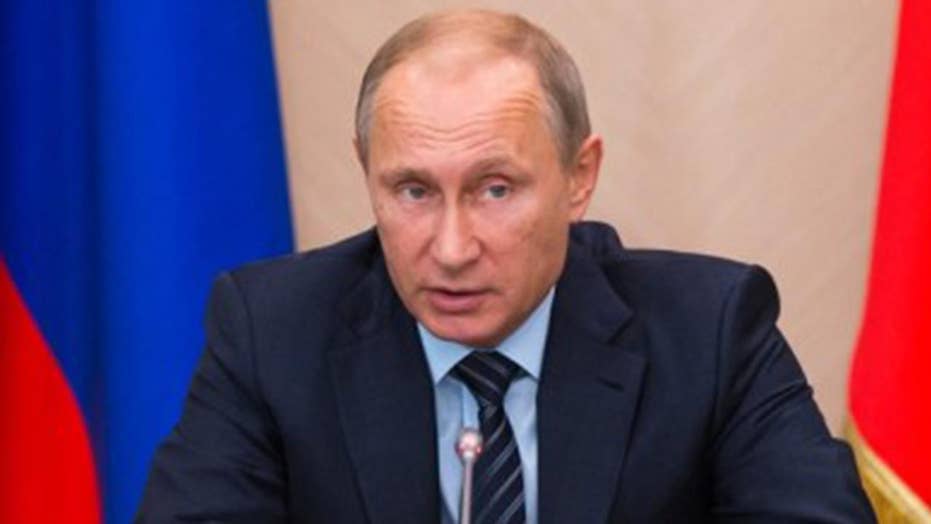 Russian President Vladimir Putin shuts down any suggestion that the 13 Russian nationals indicted in Special Counsel Robert Mueller's investigation will face charges in the U.S.; reaction from Michael O'Hanlon, director of foreign policy research at the Brookings Institution.

The upcoming Russian presidential elections are critical to President Vladimir Putin. It seems odd to say that when their outcome is not in question (spoiler alert: Putin will win).  But even so, they matter a lot—and thus should matter a lot to us too.

The scale of his victory, the number and demographics of Russians who vote, and how rigged the results are perceived to be, are all vital to Putin's continued stability and power.

For one thing, Putin needs broad electoral support either to change the rules so he can remain in power indefinitely or secure another way to exist safely at the end of his term. He will not be able to run for president again in 2024 under the current constitution of the Russian Federation..

Of course, Russians have no real choice in this election anyway, as the Kremlin has prevented viable opposition candidates from participating.

A diminished margin in Putin's inevitable victory or the perception that he has had to cheat badly to put up a good front could undermine his control.

But just winning isn't enough for Putin. He must obtain the same level of popular support he had in the last election, if not more. A diminished margin in his inevitable victory or the perception that he has had to cheat badly to put up a good front could undermine his control.

Another issue is the mass psychology of his strongman rule. Most Russians think most Russians support Putin. His own apparatus supports him in part because it believes that the Russian population broadly supports him. Putin cannot allow that belief to be undermined.

Surprisingly, Putin also cares about the perceived legitimacy of the elections. Democracy remains central to Putin's stated political self-definition, and core to his ideology despite the ongoing propaganda campaign against the failures of Western democracies.

Needless to say, it is not democracy by our definition. But he cannot simply rig the election outrageously without calling his legitimacy into question, even in his own terms.

The irony is that most Russians would likely choose Putin anyway, despite recognizing the regime’s policy failures and limitations on their civil liberties.

Many perceive Putin as a guarantor of Russia’s economic stability and national pride. The majority of Russians remember the horrific 1990s—a period of brutal poverty, weak government, social degradation, and political uncertainty.

Historically, Russians have often been willing to surrender civil liberties if doing so ensures that they will not return to instability. This phenomenon is common in many post-dictatorial states when failing economic policies push their populations back toward authoritarian regimes.

Putin also intensifies and then fills the need for the assertion of Russian national identity. His propaganda machine plays up Russia’s humiliations of the 1990s and its historical greatness. Putin provides a source of national pride, especially to older generations, through military adventures that “eradicate terrorism” in Syria and Ukraine, fight “Western hypocrisy,” and strengthen Russian military forces.

Many Russians view Ukraine, for example, as chaotic and sliding back into 1990s-era poverty for no clear benefit. Nearly two decades of propaganda narratives about U.S. failures of democracy in Iraq, Libya, and Afghanistan also feed this perception.

And perceptions matter more than reality in the opaque information environment of Putin’s Russia.

Not all of those perceptions reinforce Putin’s domestic value proposition which, while strong, is also at risk.

Many young people in Russia do not remember the 1990s and are not sold on Putin’s “stability and pride” pitch. The overall economic situation, while not as dire as the ‘90s, is on a negative trajectory.

Moreover, international sanctions, hiked again after Russian meddling in U.S. elections, target Putin’s innermost circle of supporters and are having negative economic effects on foreign investment. Consequently, a significant number of Russians question whether the high economic and human toll of Putin’s foreign adventures is justified.

Putin's own perceptions of threats to his regime are another electoral factor.

Internally, he is strengthening his grip to hedge against potential instability from real and growing internal terrorist threats; protests in Russia’s remote regions and among Russia’s youth; and higher-than-expected voter turnout rates for select opposition candidates, among other things.

In other words, if the election fails to meet Putin’s own standards for success, it may cause reverberations in his foreign and domestic policies.

U.S. decision-makers must therefore focus on the nuance behind the election results. The demographics and differences between voting outcomes in this election and the last one in 2012 will matter more than the overall outcome.

These differences could well determine the limits of Putin’s power in the next term--and, most importantly, the resources and strategies he may need to secure and deploy in order to preserve this power in the election’s aftermath.

Nataliya Bugayova is Development Director at the Washington D.C.-based Institute for the Study of War, where she studies Russia’s global impact. She was previously Chief Executive Officer of the Kyiv Post and served in the government of Ukraine following the democratic revolution of 2014.