Rep. McCaul: The threat is not going away

Today’s terror attack in New York City is another reminder that the threats we face from Islamist terrorists are real and can bring serious harm to our homeland.

Thanks to American leadership and a new strategy on the battlefield, Iraqi Prime Minister Haider al-Abadi was able to declare that ISIS has been defeated in Iraq. While this is welcome news, crushing the so-called ‘caliphate’ in the Middle East, allows foreign fighters and sympathizers of ISIS and Al Qaeda to scatter.

They are returning to their home countries, looking for different ways to keep their hateful ideology alive and creating new dangers in other parts of the world. This has brought a new wave of terror attacks to the West.

European cities once known for their culture and history, are becoming well known for deadly attacks. They include London, Brussels, Paris, Nice, Barcelona and Berlin. And the bombing at the Port Authority this morning is already the second attack in New York in under two months.

As Americans, we cannot forget that we are in this fight together. Terrorists do not check our political affiliations before they carry out an attack.

Islamist extremists are clearly answering the call of Sheik Adnani to kill Westerners using whatever means necessary wherever they are. Since our enemies our constantly adjusting their tactics, we must remain agile in defense of our nation.

To defeat these threats, we need to work with tech companies like Google, Facebook and Twitter to take down radical propaganda that preaches hate and recruits new members to the terrorist cause. The advancement of technology has brought great benefits, but is has also been a powerful tool for our adversaries. The internet been a constant lifeline, allowing them to effectively plot and communicate at lightning speed.

We must also bolster the security of our airports with the most advanced screening technology available. Even though many of the attacks in the last year have been vehicular homicides, our aviation sector is still the “crown jewel” of targets. 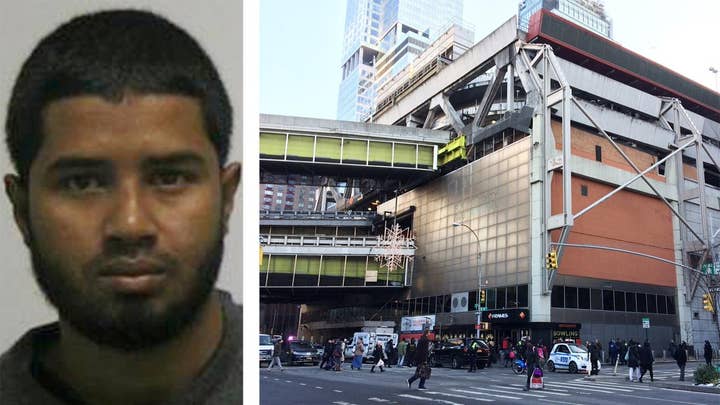 Lastly, the U.S. must continue to lead an international alliance dedicated to using all of its economic, intelligence, military, and other resources to dry up funding for terrorists and destroy them on the battlefield.

As Americans, we cannot forget that we are in this fight together. Terrorists do not check our political affiliations before they carry out an attack. We will have political differences on many issues, but our commitment to keeping our homeland safe and secure should be a national priority for everyone.

We cannot allow the cowardly acts of terrorists to shake our will or dent our morale. With sound policies and innovative approaches to homeland security and by staying united and maintaining our resolve, we will defeat this evil enemy once and for all.