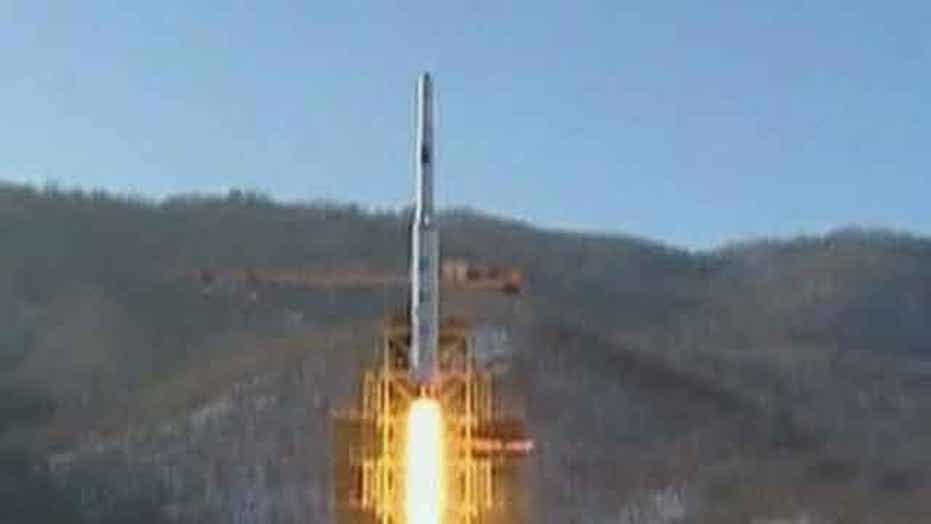 “A deliberate attempt by Pyongyang to revive a high level of tension with the United States …the North Koreans may have felt compelled to make up for the loss of face they suffered…when they were unable to disrupt or deter the joint U.S.-South Korean military exercise.”

The above CIA briefing document from over 40 years ago could be just as true today. Currently,the North Koreans are protesting the joint U.S.-South Korea military exercise “Foal Eagle” and are expected to launch a large scale military exercise of their own.

Sure, there’s plenty of drama today just like there was in 1969. The North Koreans are making multiple threats against the United States, threatening South Korea with “final destruction,” and announcing it’s quitting the 1953 armistice. And if that’s not enough drama, you’ve got Dennis Rodman’s recent visit with Kim Jong-Un for good measure.

Unfortunately for America and our allies in South Korea and Japan, the threat posed by North Korea today is perhaps the gravest national security threat we will face in the near term. North Korea’s ballistic missile capability, coupled with its ever increasing nuclear capability, is no laughing matter and all indications are that it’s only going to get worse.

Here’s what Open Source Intelligence (OSINT) is telling us is taking place and what to expect.

--A massive North Korean mobilization is presently underway, complete with troop movements, submarines on alert and missile batteries being deployed.

--Look for 2 more nuclear bomb tests and 1 other rocket launch to further test their ballistic capability this year. In fact, new preparations at the Puggye-ri nuclear bomb test site have been detected since last month’s test.

--North Korea and Iran are both using the same miniaturized warhead design that can be traced back to the infamous Pakistani scientist, Dr. A.Q. Khan.

--It appears that North Korea is expanding a new missile launch site at Musudan-ri, which will be much bigger than the missile test site at Tongchang-ri, where the Unha-3 rocket was launched in December, 2012.

And if this isn’t bad enough, additional OSINT suggests that a plan for a high altitude nuclear burst over the Pacific is on the books.

Further, Dr. Vincent Pry from the U.S. Nuclear Strategy Forum, has recently made a convincing case that North Korea possesses an Electromagnetic Pulse (EMP) nuclear warhead which would have the ability to take out a national power grid and destroy critical infrastructures throughout the U.S.

The recent power struggle in China is also spilling over into the North Korean situation. China helped draft the recent U.N. Security Council Resolution and sanctions. However, Iranian President Mahmoud Ahmadinejad approved many millions of dollars in payment to North Korea, in conjunction with the February nuclear bomb test, through Beijing’s Bank of Kunlun.

The North Korean threat is real, it’s here and it’s not getting better.

President George W. Bush understood that key military bases in the western United States represented one of our best hopes of dealing with the increasing North Korean threat and deployed missile interceptors to Fort Greely, Alaska.

Unfortunately, President Obama has severely cut missile defense and last year announced plans to decommission Missile Field 1 at Fort Greely. Originally, there were to be three silo fields housing interceptors. Today, Fort Greely is down to one. The time is now for the administration to reverse its decision.

In addition to taking steps to protect the western United States from the North Korean threat (North Korea’s long range ballistic missiles are now believed to have a range of 6,200 miles), it’s time now to give Kim Jong-Un what he fears most—an educated and well informed citizenry.

Several years ago, U.S. based Farsi speaking satellite TV stations, with a pro-western values message, had such an impact that Iran was forced to send out police units to take satellite dishes down from people’s homes. Just as we did during the Cold War, let’s do an intensive “Radio Marti-Radio Free Europe” broadcast operation, consisting of TV, SatTV and radio, against North Korea broadcast from locations in South Korea and Japan.

The North Korean threat is the greatest nuclear weapons challenge to the United States since the Cold War. It’s time for America to act and to lead.