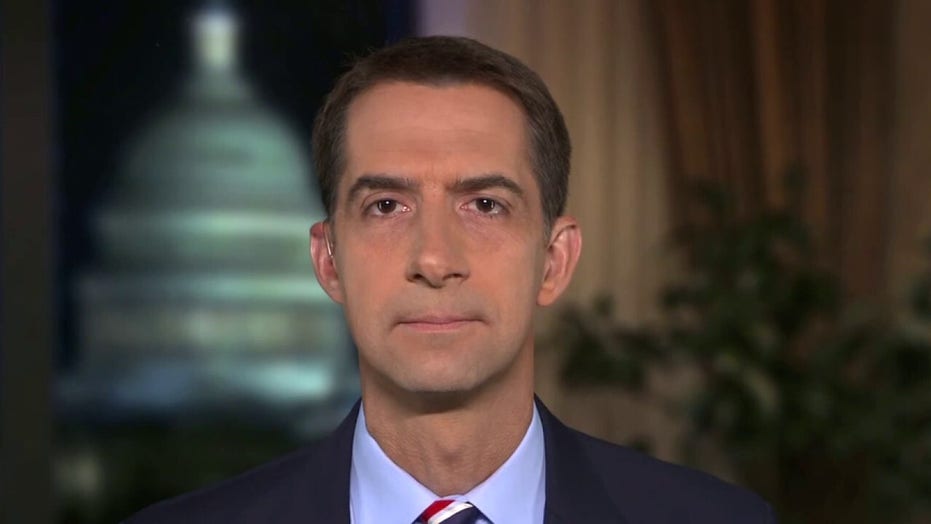 President Trump sure knows how to start a national conversation.

“With Universal Mail-In Voting (not Absentee Voting, which is good), 2020 will be the most INACCURATE & FRAUDULENT Election in history,” he wrote Thursday via Twitter. “It will be a great embarrassment to the USA. Delay the Election until people can properly, securely and safely vote???”

Election Day will remain Nov. 3, despite Hate Trump, Inc.’s panicked claims that the president’s comments foreshadow a declaration of martial law. Raising this question focused national attention on the dangers of mass-mail-in ballots, despite Democrats’ mulish insistence that vote fraud is a bigger myth than Sasquatch.

While on Fox News Channel July 28, Rep. Eric Swalwell, D-Calif., mocked “the president’s theory, that has been debunked by everyone, that mail-in balloting is fraudulent.”

CNN’s White House correspondent Jim Acosta asserted: “Trying to establish a claim between mail-in balloting and widespread voter fraud when there isn’t a proven connection… is one of the president’s oldest lies.”

According to Twitter’s very first anti-Trump disclaimer, “fact-checkers say there is no evidence that mail-in ballots are linked to voter fraud.”

President Trump’s enemies are either insensate or, more likely, lying through their clenched teeth when they assert that vote fraud does not exist, particularly concerning mail-in ballots.

Here are the facts:

Abundant, current, and terrifying proof of vote fraud is staggeringly simple to find online. The Heritage Foundation’s priceless database details 1,113 criminal convictions for vote fraud, including 192 for “Fraudulent Use of Absentee Ballots” since January 1, 2000. These include just two such convictions in 2004, a peak of 23 in 2010, and 14 as recently as 2017.

Heritage’s compendium is non-exhaustive. It excludes civil judgments and unprosecuted cases, in which authorities giggled at election cheats as colorful, victimless criminals. Heritage does not cite mere accusations, arrests, indictments, or trials. This database strictly involves criminal convictions. This is the dictionary definition of actual crime.

Here is a small, chronological sample of 16 criminal vote-fraud convictions between 2012 and 2020:

Cudahy, California, officials Angel Perales and David Silva pleaded guilty in 2012 to discarding absentee ballots that favored their opponents. Perales opened mail-in ballots in the 2007 and 2009 elections, submitted those that backed incumbents, and ditched those that endorsed challengers.

Jeffrey Garcia, the former chief of staff to U.S. Rep. Joe Garcia, D-Fla., pleaded guilty in October 2013. In 2012’s primary, he ordered the congressman’s campaign to request some 1,800 absentee ballots without those voters’ permission.

Deisy Cabrera pleaded guilty in 2013 to being a boletera or absentee-ballot broker. Police observed her mailing 19 absentee ballots and caught her with 12 more. Her notebook, dubbed “Deisy’s Voters,” included names and addresses of some 500 voters, largely Hispanic seniors in Hialeah, Fla. Cabrera labeled them as illiterate, deaf, blind, or plagued by Alzheimer’s.

Local official Courtney Llewellyn pleaded guilty in 2013 to conspiring to re-register 285 Massachusetts voters from Democratic to unaffiliated. She then fraudulently requested GOP primary ballots for them. Llewellyn and her husband accepted those ballots, claimed to send them to those voters, and never did so.

Augustus Stacker, Jr., of Belleville, Ill., pleaded guilty in 2014 to felonious manipulation of as many as 27 fraudulent absentee ballots in a municipal election.

Former Martin, Ky., Mayor Ruth Robinson, her husband, and son were sentenced to prison in 2014 for threatening to evict public housing residents and their own renters if they did not sign absentee ballots that the Robinsons had completed to benefit Robinson’s 2012 reelection. She also tried to bribe other voters and intimidated disabled citizens.

North Carolina’s Verna Roehm was convicted in 2014 after she honored her husband’s dying wish. In 2012, months after he died, she cast his absentee ballot for Mitt Romney.

Alabama’s Janice Lee Hart pleaded guilty to absentee ballot fraud in 2015. She “witnessed” 124 absentee ballots in a 2013 local election but was absent when they were signed. Hart’s candidate won 119 (96 percent) of those ballots and defeated his challenger — by 14 votes.

New York state Assembly candidate Hector Ramirez pleaded guilty in 2016. His campaign asked voters to sign their absentee ballots and promised to submit them. Instead, Team Ramirez placed his name on at least 35 ballots. Ramirez won the seat preliminarily in 2014, but lost a hand recount by two votes.

Melvin Howell pleaded guilty in 2017 to filing at least 54 fraudulent absentee-ballot applications before an Elizabeth, N.J., school board election. Howell’s “voters” included imaginary and ineligible people, including a foreign citizen.

Iowa’s Terri Lynn Rote pleaded guilty in 2017 after she hedged her bets in the 2016 election, which she feared was rigged. She was prosecuted for trying to cast a second absentee ballot for Trump.

Miguel Hernandez pleaded guilty in 2018 to soiling Dallas’ 2017 City Council elections. He filled out, signed, and submitted an elderly woman’s absentee ballot. Hernandez served a larger conspiracy that defrauded some 700 senior citizens. Their mail-in ballots were forged by one bogus “witness.”

Philadelphia election judge Domenick J. DeMuro pleaded guilty last May to federal charges of exchanging rigged votes for a Democratic consultant’s bribes of $300 to $5,000 per election. “He would add the fraudulent votes by literally standing in the voting booth and voting over and over, as fast as he could, when he thought the coast was clear,” U.S. Attorney William M. McSwain explained. DeMuro did this for the consultant’s Democratic clients who sought local, state and federal office. McSwain said: “DeMuro would add these fraudulent votes to the totals during Election Day, and then would later falsely certify that the voting machine results were accurate.”

Hard proof of vote fraud, including mail-in-ballot crimes, is ubiquitous and swiftly accessible — unless one is blinded by Trump hatred and can’t handle the truth.